Socialite Paris Hilton had no idea what was in store for her when she recently appeared in a Dubai TV show called Ramez in Control (“Ramez Wakel Elgaw”). She was in the country for a promotional tour.

During the episode, she was invited by Egyptian actor Ramez Galal to take a 15-minute fight with him and other passengers. The host wanted to give her an aerial tour of Dubai by plane.

While on board, Paris sat beside Ramez the entire time. Eventually, the plane’s engines started to splutter and an alarm began ringing.

Obviously caught off guard by the situation, the blonde beauty asked “Is this normal?”

Unknown to her, the pilot then started to perform aerial stunts while passengers on board screamed to make it appear like the plane was actually crashing.

Definitely not a funny prank! 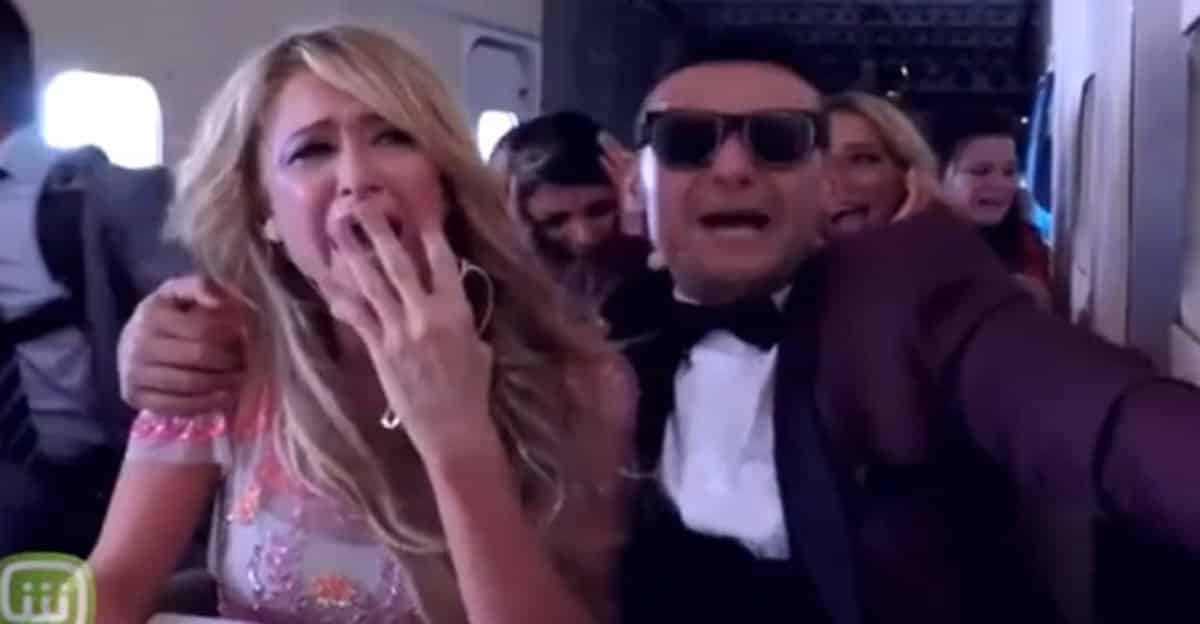 It was at that point that panic overcame Paris. She began crying and screaming, especially when some passengers were given parachutes so they can save themselves from the “crash.” She was asked to do the same but replied “I don’t want to jump.” Paris thought she was moments away from her death.

Later on, the plane landed safely on the runway and the host revealed that it was all an elaborate prank.

The terrified celebrity had a hard time understanding what he was trying to say. When she realized what just happened, she said “I’m going to kill you.”

Still shaking and still in tears, Paris admitted that her biggest fear has always been to die in a plane crash, especially because she travels by plane almost every single day.

A few days after the prank, the 34-year-old heiress declared that she plans to sue whoever is responsible for the cruel hoax.

Looks like the sick joke will backfire to these pranksters soon. And that’s a good thing! No one deserves to be pranked like that. Not even Paris Hilton!