Most of us admire attractive men and women who honestly don’t care about how they look. Personally, I think they’re even more admirable when they’re not aware of how strikingly gorgeous they are. It’s a quality that makes them even more appealing. Well, that’s just my opinion.

But have you ever heard of someone who thinks that she’s too pretty that the beauty she possesses has become more like a burden?

This girl claims to have such a dilemma. And when she wrote an essay about it, the netizens were less than sympathetic.

Felicia Czochanski, 20, wrote an article for Cosmopolitan magazine where she expressed her frustration about not being respected for who she is as a person. In the essay, entitled ”People Judge Me Because I’m Pretty,” she gives an account of her struggles as a young, beautiful woman whose intelligence has been underestimated due to her good looks. 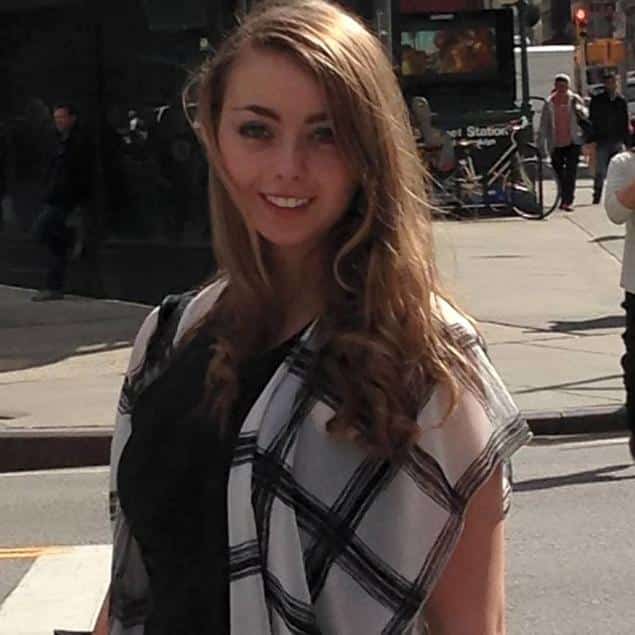 Czochanski, a freelance writer and magazine intern, describes herself as a “5-foot-5, girly-girl with blonde hair, big hazel eyes, 34DDs, and toned calves.”

“Coming to terms with being perceived as ‘beautiful’ wasn’t easy,” she said. 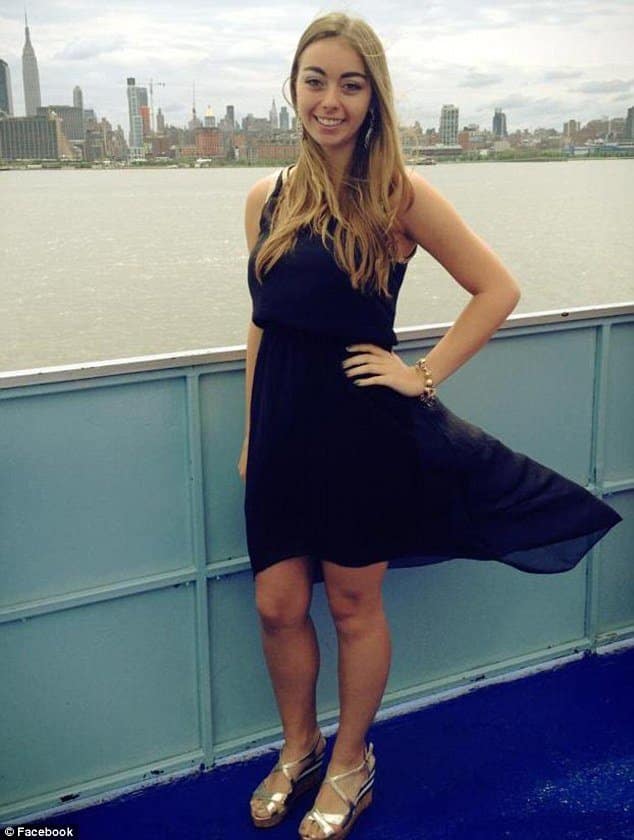 The student from Fordham University in New York wrote:

“Imagine how it feels to have heads turn and all eyes on you when you are simply trying to get to where you need to be. It doesn’t make me feel beautiful or sexy. It makes me feel like there’s something wrong with me. The scrutiny is never ending.

“The immediate thoughts of whether my skirt is too short or my shirt is too low cause me to doubt the professional outfit that I put on in the morning. I wonder if there’s something stuck to my shoe if I forgot to put on some item of clothing, anything that could be wrong with me that would cause people to stare. But it’s typically just because I’m “pretty,” and sometimes, it seems like that’s all society will perceive me to be.”

Czochanski mentioned, however, that she doesn’t find her “attractiveness so magnetic that it should cause men to stop what they are doing and be compelled to whistle, cat call, or tell their friends to turn and look” at her. She also said,” I’m not bragging that people comment on my appearance.” 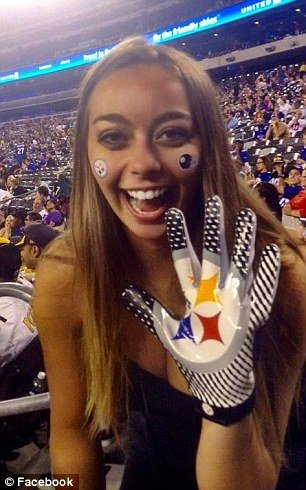 But people tend to forget or disregard that she’s also an athlete, and that she’s intelligent and incredibly ambitious she says. At one point during her teenage years, she thought of ways that could draw people’s attentions away from her appearance and into other aspects of her. 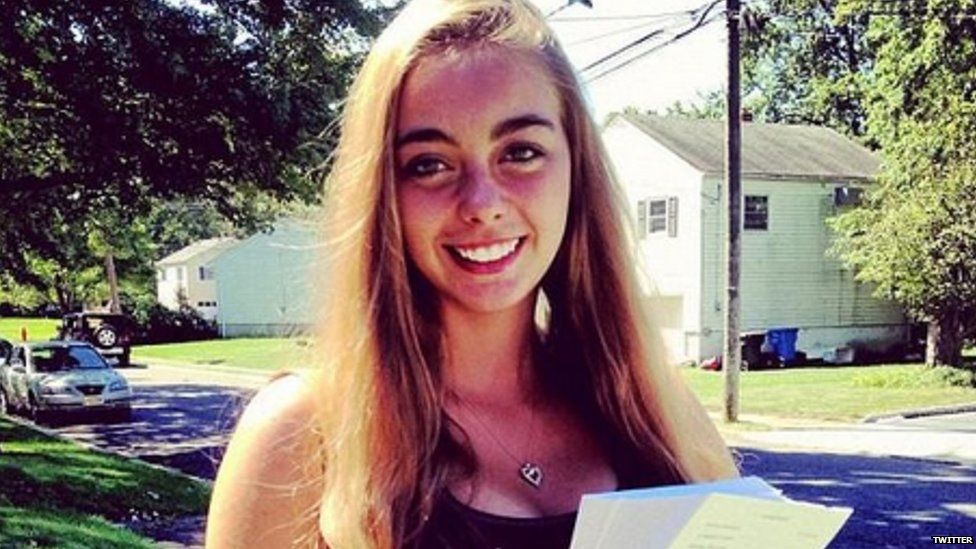 I only wore sports jerseys and oversize T-shirts, I tried to brag and bring up my achievements during conversations so people would know that there was more to me than my looks, and when all else failed, I simply tried to blend in.

“It was this that set me back while trying to find my true self and passions in life. I dulled myself down, personality- and appearance-wise, for years, trying to be appreciated for something other than my looks. It was not until leaving home and moving to New York City that I realized how amazing it is to be yourself in such a diverse place, and I never looked back. Sure, I still get catcalled just about every day. When there are no dirty words said, there are still looks, and whistles, and friends tapping friends to “look at that chick.” I don’t bother noticing anymore. As I have gotten older, this has expanded to looks and awkward situations from creepy professors, bosses, and coworkers. But again, it is not worth my time, and I ignore it.”

Ultimately, the young woman said she only wants people to respect both her body and mind.

But instead of winning her readers over with her story, many of them criticized her attempt to attack those who take her at face value. Some of the commenters called her delusional, conceited, and a whole lot of other stuff. 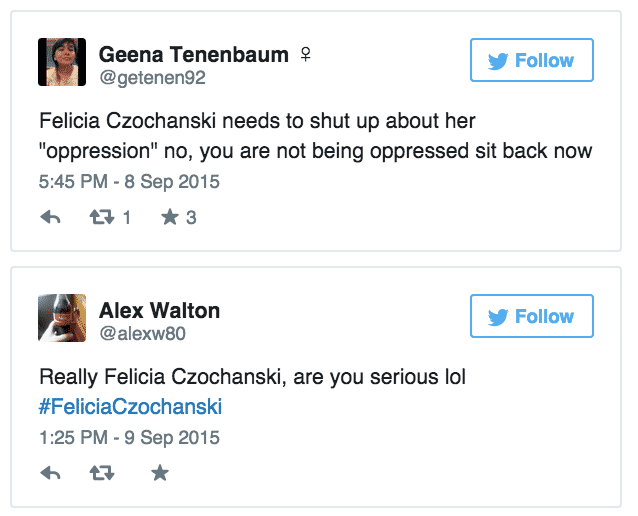 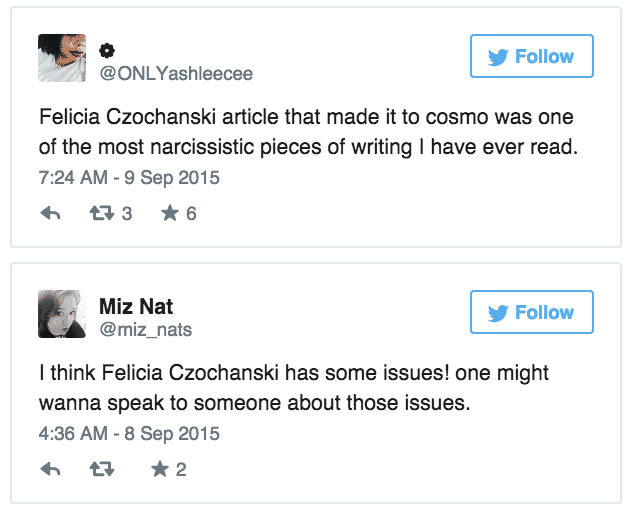 How about you? What do you think?