I’m guessing you’ve already seen that old 1950s video that shows the United States military testing some nuclear bombs in the ocean close to Bikini Atoll. It was such a scary sight to see as the water rose up after the massive explosion rocked its surface.

This crazy experiment by popular YouTuber Backyard Scientist kinda replicates that but in a smaller scale.

Of course, most of us use salt for food seasoning, for cooking, or for food preservation. However, I think it would be safe to say that most of us aren’t aware that this mineral, when molten, can actually explode – like an atomic bomb – when dunked into cold water.

That’s exactly what we see in this footage posted online by Backyard Scientist.

YouTuber Backyard Scientist took some molten salt and then dropped it into cold water. 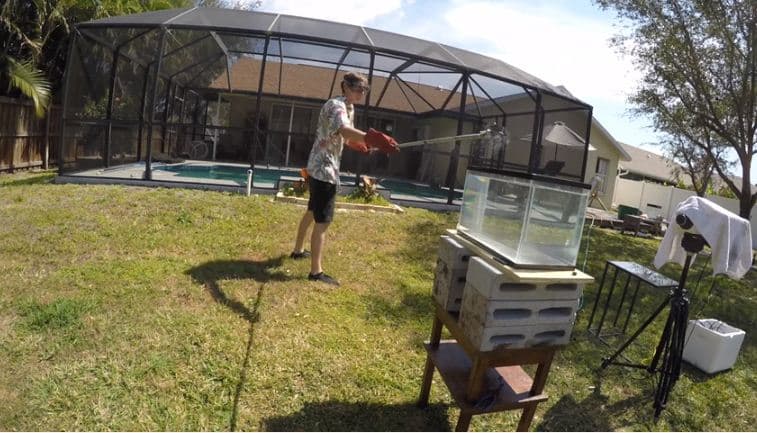 As you will see on the video below, the explosion was so strong that it actually shattered the aquarium to pieces! 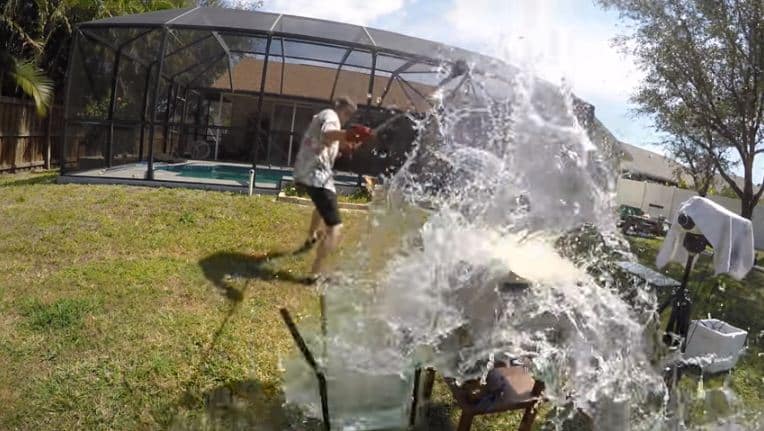 Watch the insane science experiment here and see the explosion in slow motion:

Published on YouTube just last March 7, 2016, the video has already achieved viral status as it quickly racked more than 583,000 views in just 2 days.

Personally, I loved that they used slow motion effects to show us how the molten salt exploded. It really captures the violent impact of the blast.

As always, do not try this at home!