In the world where social media is a huge part of life, proposals have become more and more unpredictable. They are almost as big as the wedding itself with people pulling out all the stops for the perfect Insta-worthy moment.

Just when you think you’ve heard all the elaborate proposal stories out there, a man pops the question by hiding the ring in his pocket — just kidding, that would be too boring. To make sure his girlfriend wouldn’t have any clue where he hid it, he kept it in the last place you’d ever suspect — his pe nis. Yup. You read that right. 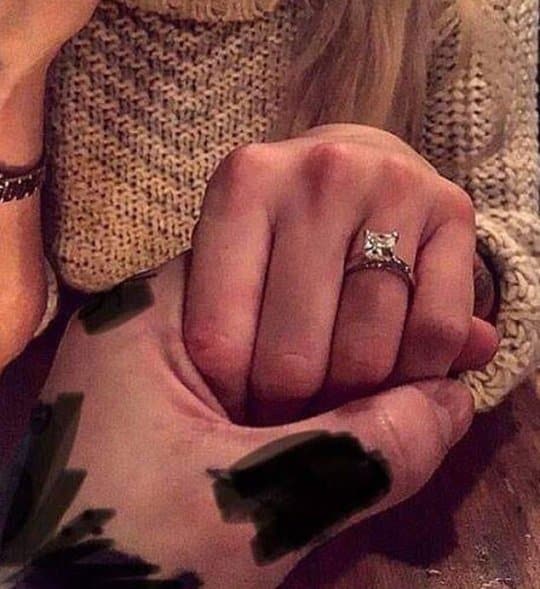 The baffling story was shared on the Facebook group “That’s it, I’m wedding shaming.” As you can guess from the title, it is a page dedicated to making fun of people’s unfortunate wedding-related situations.

In keeping with the trend, one woman shared her proposal story online, but it’s not your traditional getting-down-on-one-knee affair.

The picture looked like your typical engagement photos where the woman shows off her new bling. However, the caption has caught people’s attention. 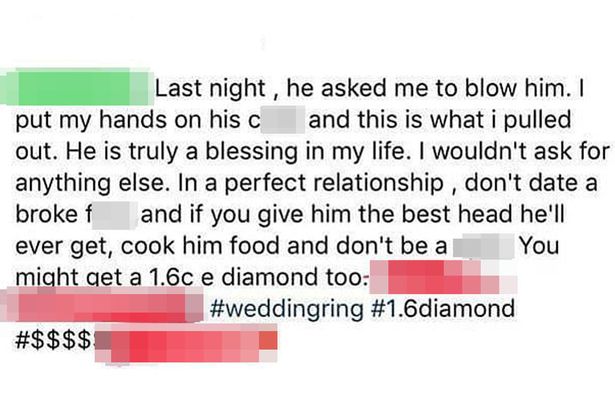 The very excited bride-to-be shared that when her man asked her to perform a se xual act on him, she found the ring on his manhood! Romantic, right?

Understandably, netizens were baffled with the story.

“Where was it? If it was ON his body, then this is going to be a very unsatisfying marriage,” one wrote. “I’m really confused. Is he uncut with a foreskin the size of Canada that he fit a ring inside? Did he put the ring around his pe nis? I MUST KNOW,” another one commented.

The confusion was finally cleared up with the woman herself explained in an interview that the ring was not inside his private part as implied, but was instead in a box inside his underwear.