Dogs are man’s best friends. These critters are loyal, loving and energetic. However, some humans do not have the compassion for dogs, even leading to abuse.

In a new viral video, a man was filmed beating a dog simply because it can’t write the alphabet. the horrifying video shows the man repeatedly slapping a confused dog on the face.

Apparently, the man attempted to teach the dog to write and recite the alphabet. 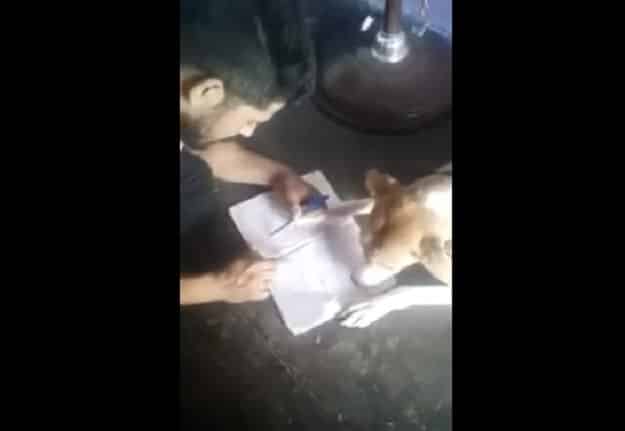 When the dog can’t do what the man wants, he hits it hard. The man wanted the dog to complete an obviously impossible task and when the poor animal looked confused, he would hit it in the jaw and the dog would be seen baring his teeth.

During the whole footage, the man was seen holding one of the dog's paws with a pencil, trying to teach it to write "ABCD", in another language. 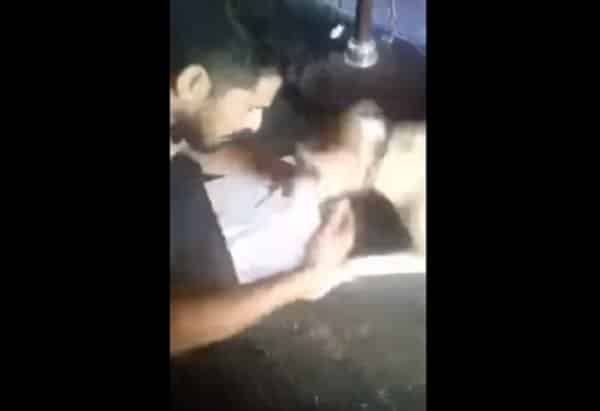 The situation turned for the worse when the dog becomes inattentive and looked away for a moment. This time, the man unleashed a series of attacks on the poor animal.

The video was reportedly first uploaded on social media in India, with many people sharing the video and finding it “funny”.

Many sites, however, took down the video when it received a huge backlash from the netizens, with sentiments for the dog’s poor condition.

The man hit the dog several times when it can’t perform the task. 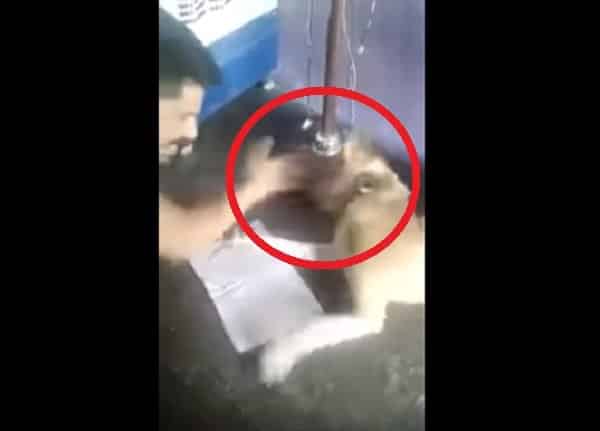 “This man is a coward and a bully who viciously slapped and upset a dog simply to assert his own pathetic idea of dominance.”

“The rise of smartphone technology and social media has given twisted individuals such as this one some fleeting viral fame.”

“PETA urges authorities to use the same technology to ensure that this man’s deliberate and cruel attack on “man’s best friend” sees him charged and convicted under the law before his feelings of inadequacy take an even greater toll.”

What do you think of this, folks? Share your thoughts in the comments section below.