Accidents happen every day. Be it a major one or just a minor thing. Whether it’s a big or a small accident, one sixth grader is reminding all of us that we should always take accountability for our actions.

A note written by an honest sixth grader in Western New York quickly went viral after Andrew Sipowicz said it saved him a lot of money. The 21-year-old from Buffalo shared two photos of his damaged car on Twitter and a handwritten note by a Houghton Academy student. 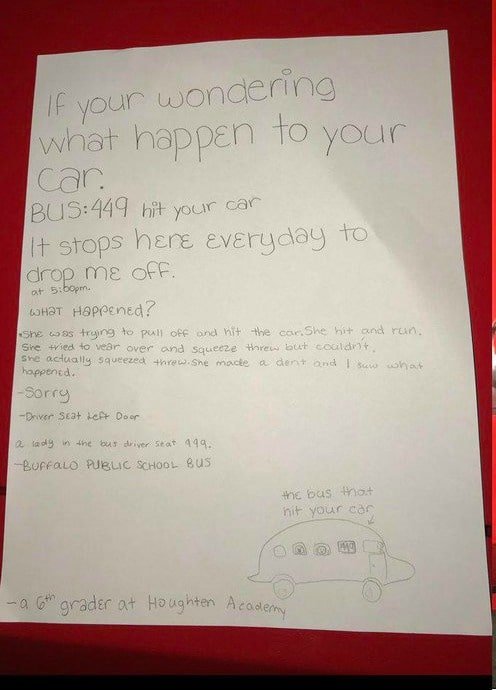 “If [you’re] wondering what happens to your car. Bus: 449 hit your car It stops here every day to drop me off. At 5:00pm. What happened? She was trying to pull off and hit the car. She hit and run. She tried to tear over and squeeze [through] but couldn’t. She actually squeezed [through]. She made a dent, and I saw what happened.

-A 6th grader at Houghton Academy”

The student also included a drawing of the bus that hit the car. 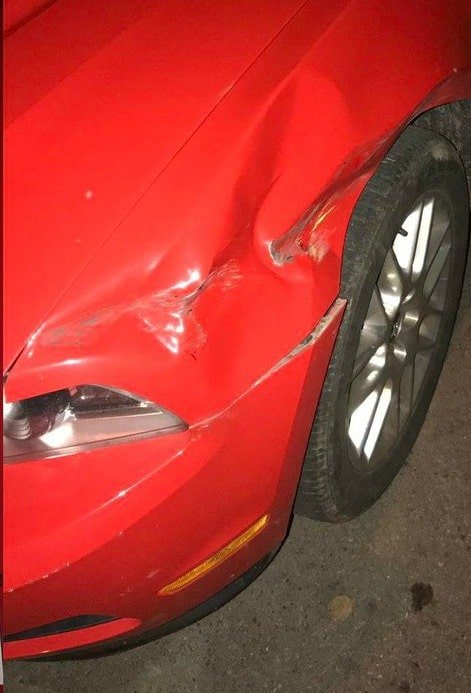 Andrew captioned the post: “Shoutout to the anonymous 6th grader for saving me a couple thousand (Bus not drawn to scale).” He then shared an update that they have found the student who wrote the note and that they are “in the process of finding a way to reward her for her actions.” He added that he’s “very grateful for what she did.”

Vice Principal Kevin Garcia said the school would be “celebrating her outstanding leadership” and presenting her with a citizenship award in the upcoming weeks. The student’s teacher also took to Twitter to congratulate her for the good deed.

As we get older, we get wiser. However, that doesn’t mean that there’s nothing more that we can learn from the world — especially from kids.