The moment you step inside its Haw Par Villa, you’ll know it’s no ordinary theme park. Located in Pasir Panjang, Haw Par Villa was built in 1937 by Burmese-Chinese brothers Aw Boon Haw and Aw Boon Par – the same brothers who came up with the ointment Tiger Balm. The theme park contains statues and dioramas about Chinese folk tales, myths, and Confucian beliefs.

However, the exhibits in the villa are not what you typically see in theme parks, because instead of offering fun rides or teaching visitors about art or history, it teaches people about morality. Case in point – the Ten Courts of Hell exhibit.

See some of the photos of Haw par’s exhibits below: 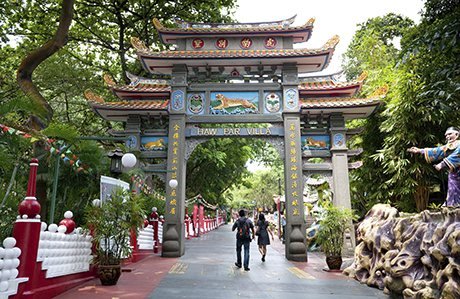 Meanwhile, the entrance to the Ten Courts of Hell is guarded by two menacing statues. 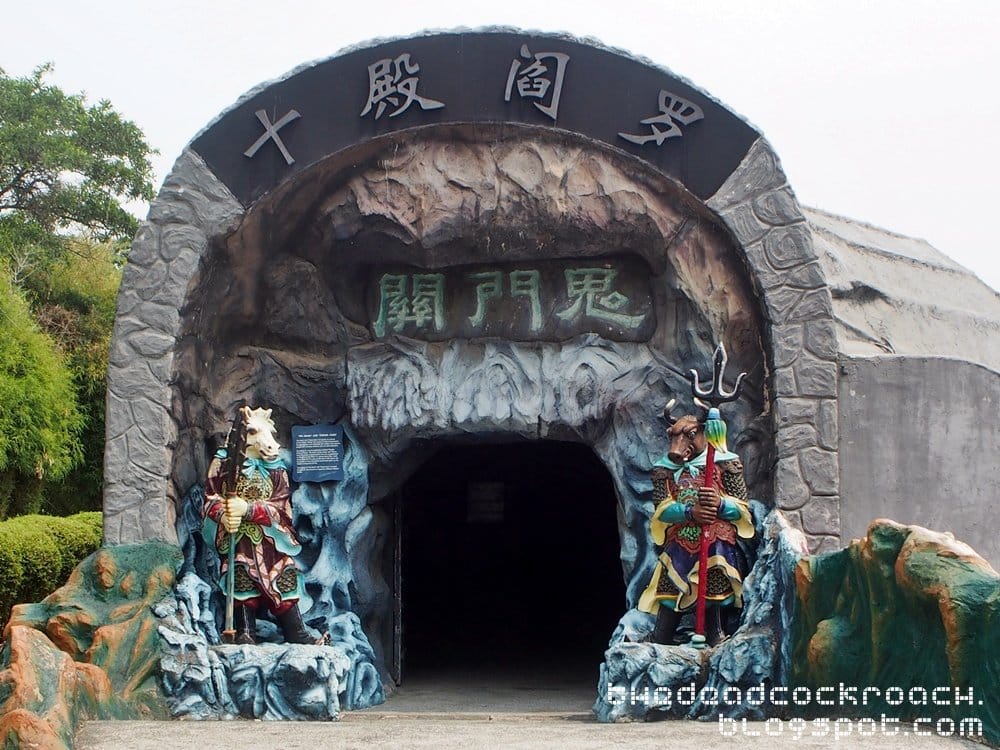 The First Court of Hell serves as a sorting hat – it separates the virtuous from the evil-doers. 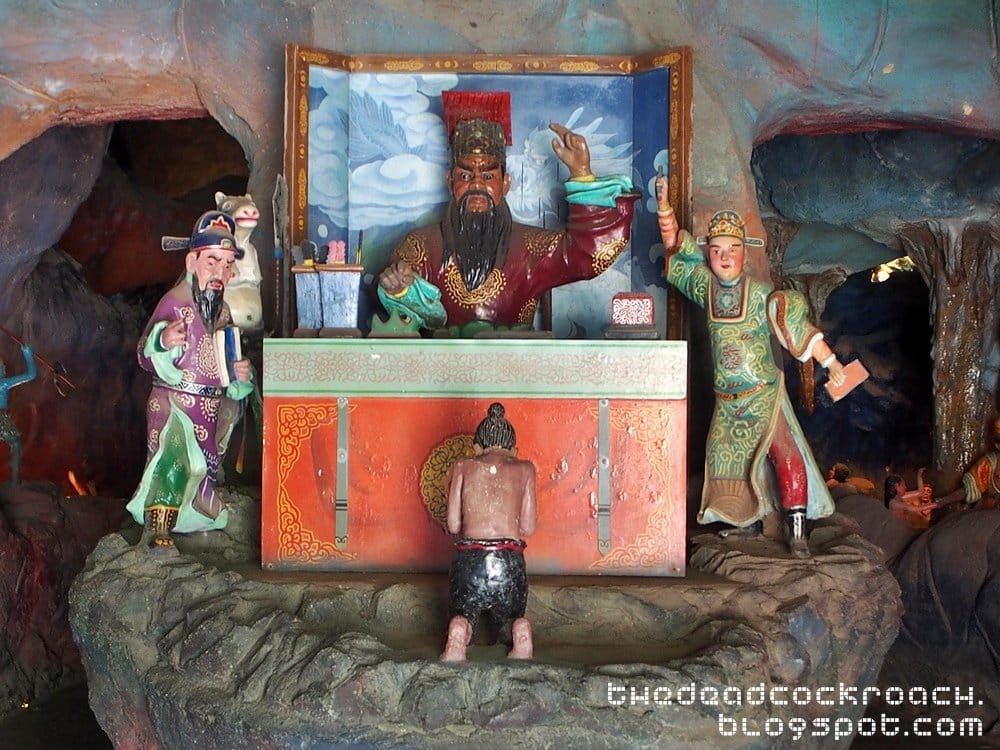 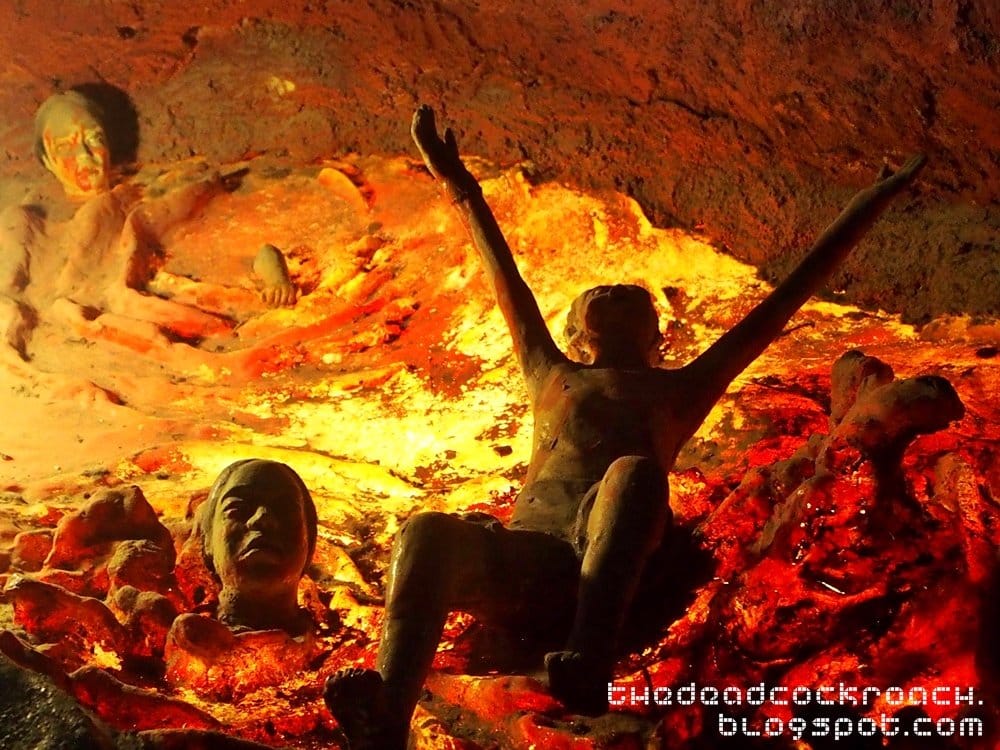 This punishment at the Third Court of Hell awaits drug traffickers 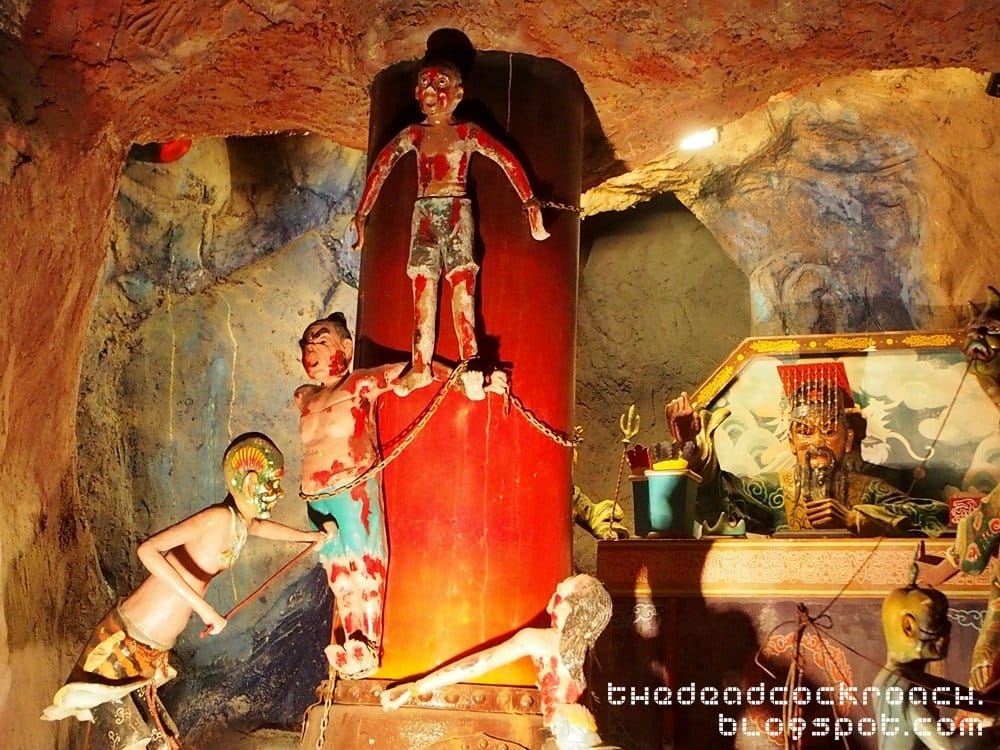 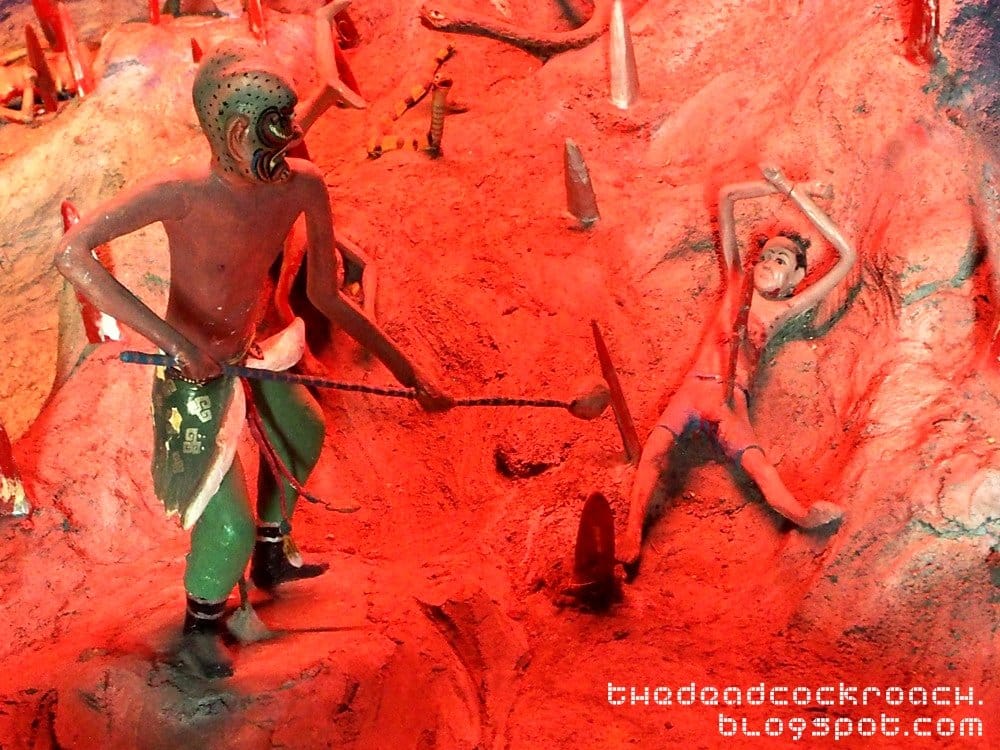 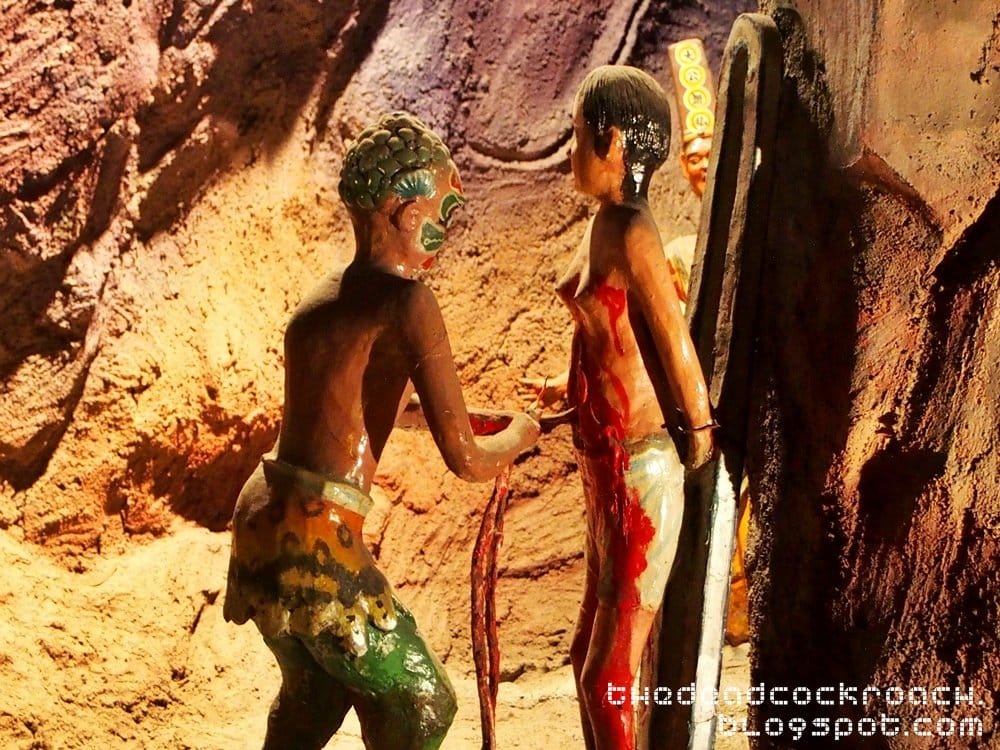 At the Tenth Court of Hell, prisoners will be given final judgment and will be reborn either as a human or animal. 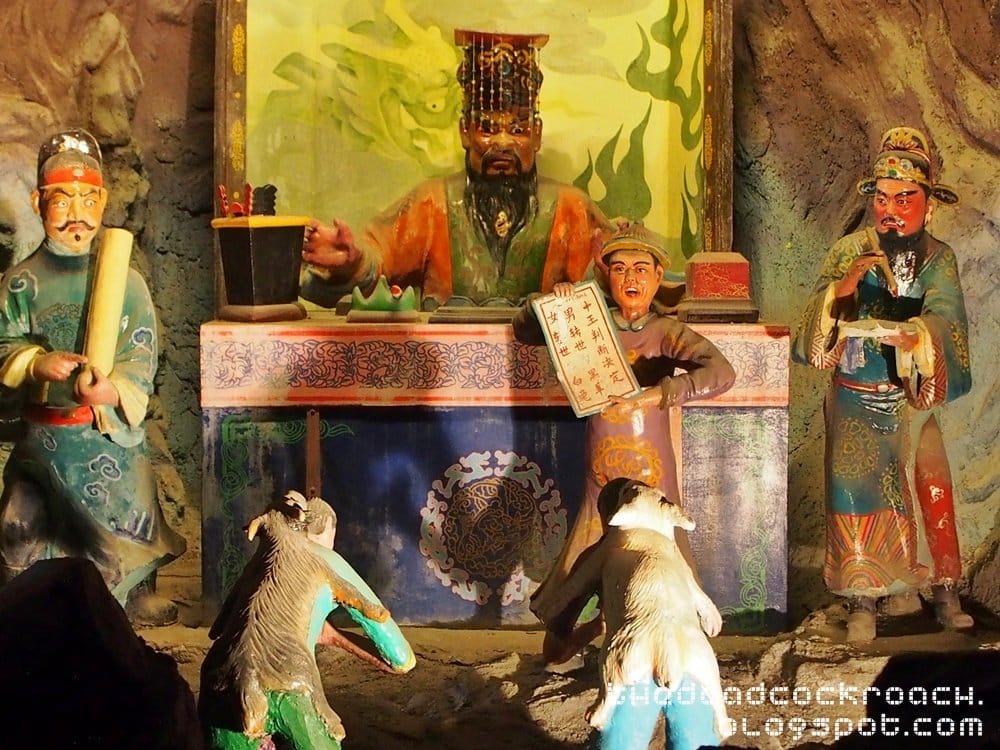 There are many other statues in the villa aside from the Ten Courts of Hell, such as this bizarre breastfeeding one. 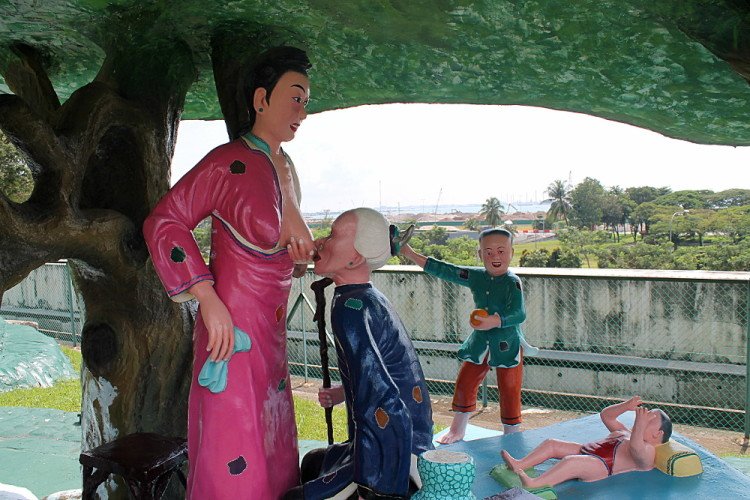 And this weird crab-boy fusion. 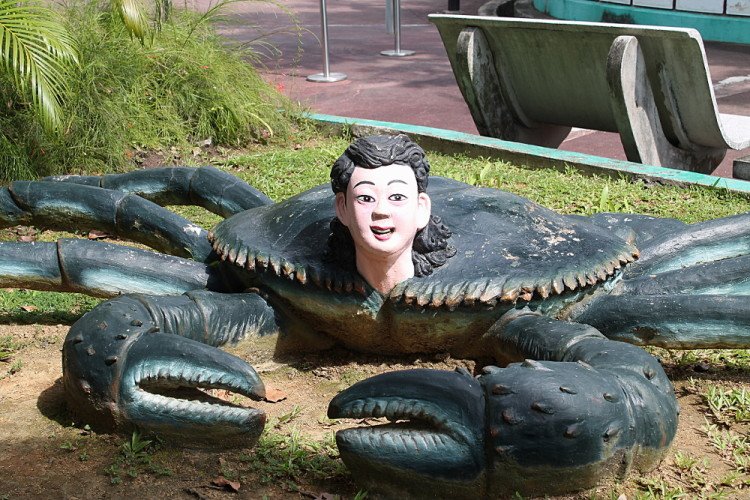 Although admission has been free to the public since 2001, Haw Par Villa’s visitor count has been dwindling. It’s a shame this gem of an attraction is losing its popularity. So if you ever find yourself in Singapore, don’t forget to drop by this highly educational (albeit macabre) theme park.