Tigers are the amongst the most feared animals in the jungle. They have this strong and fierce physical and social characteristics that can leave any animal or human cringe. This is why many were shocked when a tiger surprisingly approach a deer fawn without any signs of violence in a reserve in India.

Photographer Souvik Kundu, 35, was there to witness the entire happening. He was so fascinated that he took lots of photos. Lucky for us, we are able to view them here and now. The photos taken in Tadoba Andhari Tiger Reserve in India captured moments of the tiger playing and cuddling with a deer. It is a total surprise and delight to all who have seen the wonderful photos. See the photos below:

‘The Benevolent Queen’ was the title of the series of photographs featuring this gentle tiger. 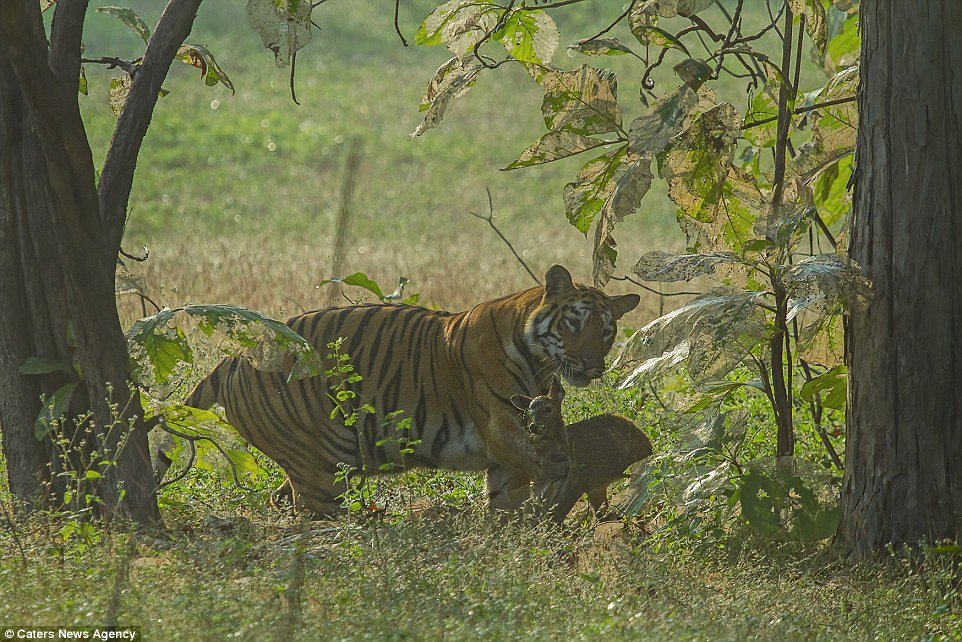 All the tiger wants is to play with his new best friend. So cute! 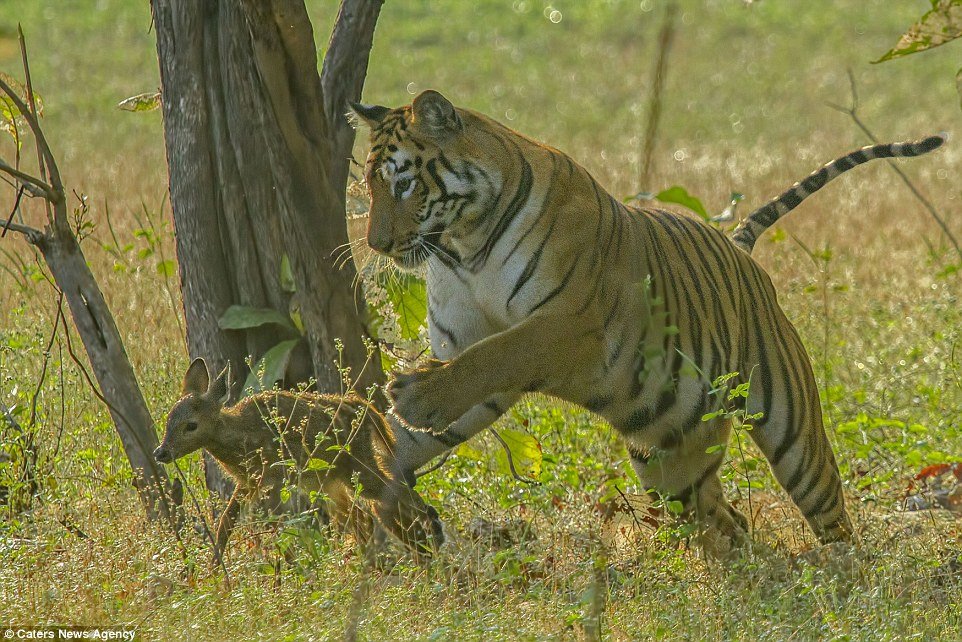 The photographer said that it is possible that the tiger mistaken the deer as its offspring. 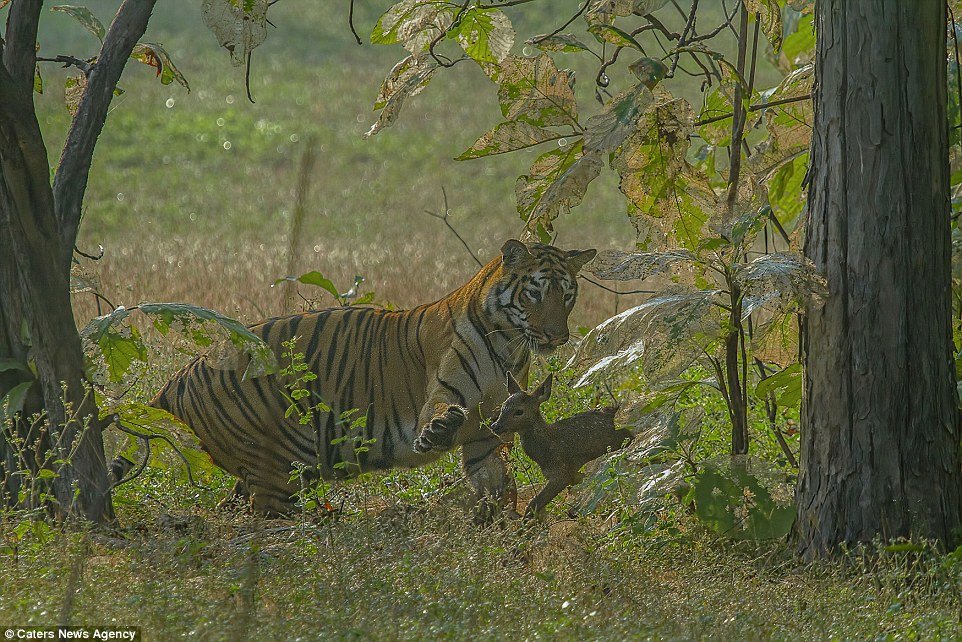 The tiger unexpectedly played with the deer fawn as opposed to expectations. 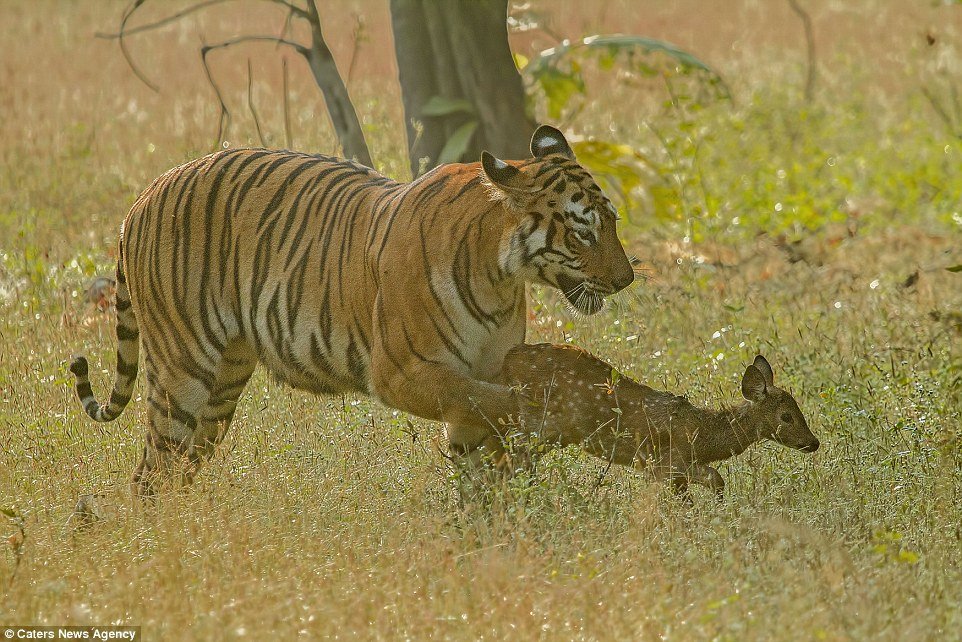 The people at the reserve did not expect the tiger to show such endearing affection! 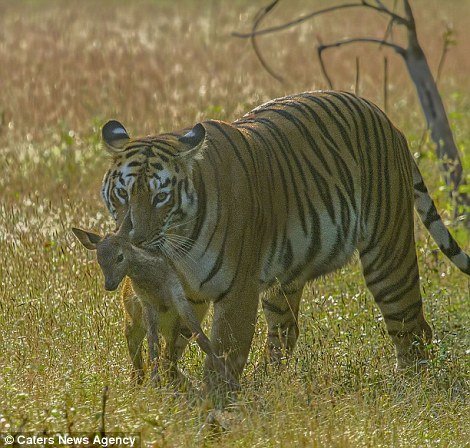 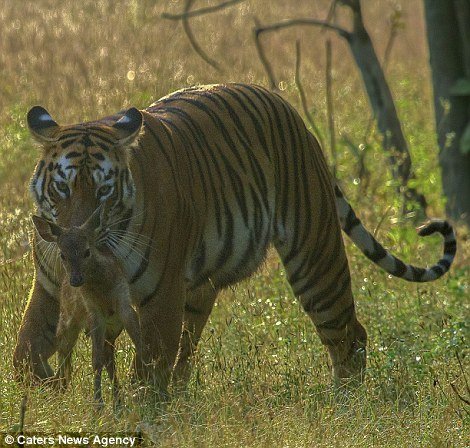 Photographer Kundu was able to capture these moments perfectly! 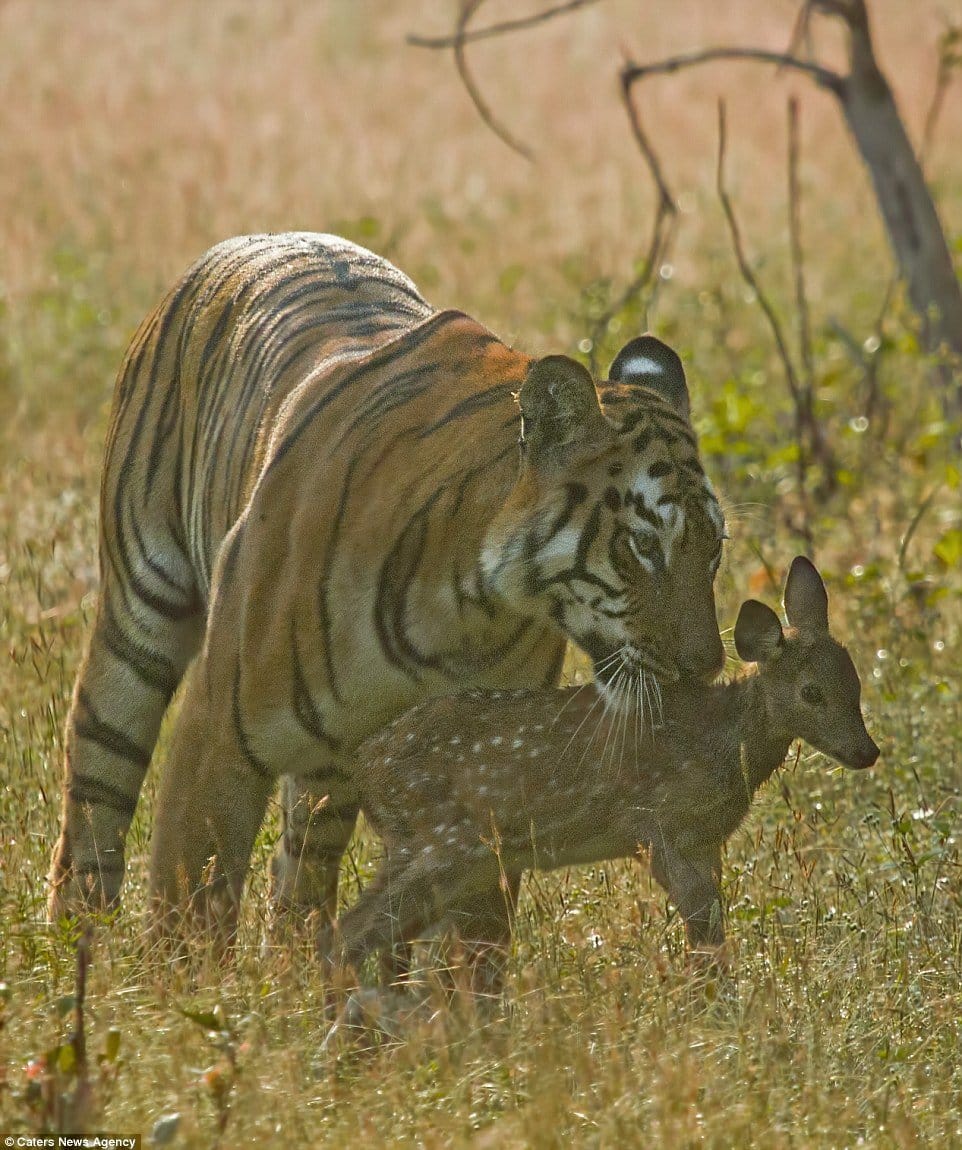 Such a sweet scene of a strong tiger and a meek fawn! 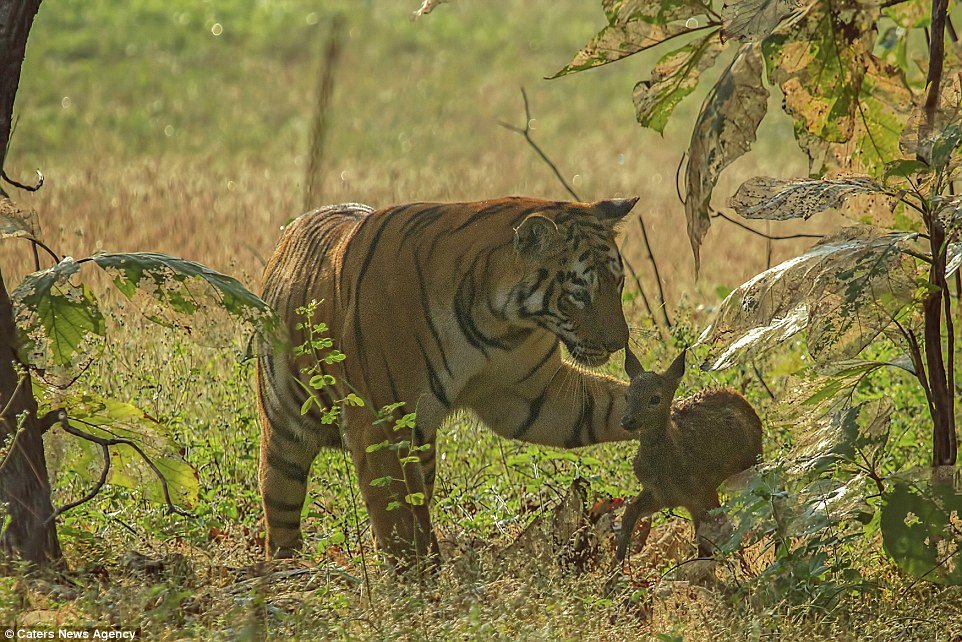 The tiger left the fawn lying on the grass to rest after their play time. 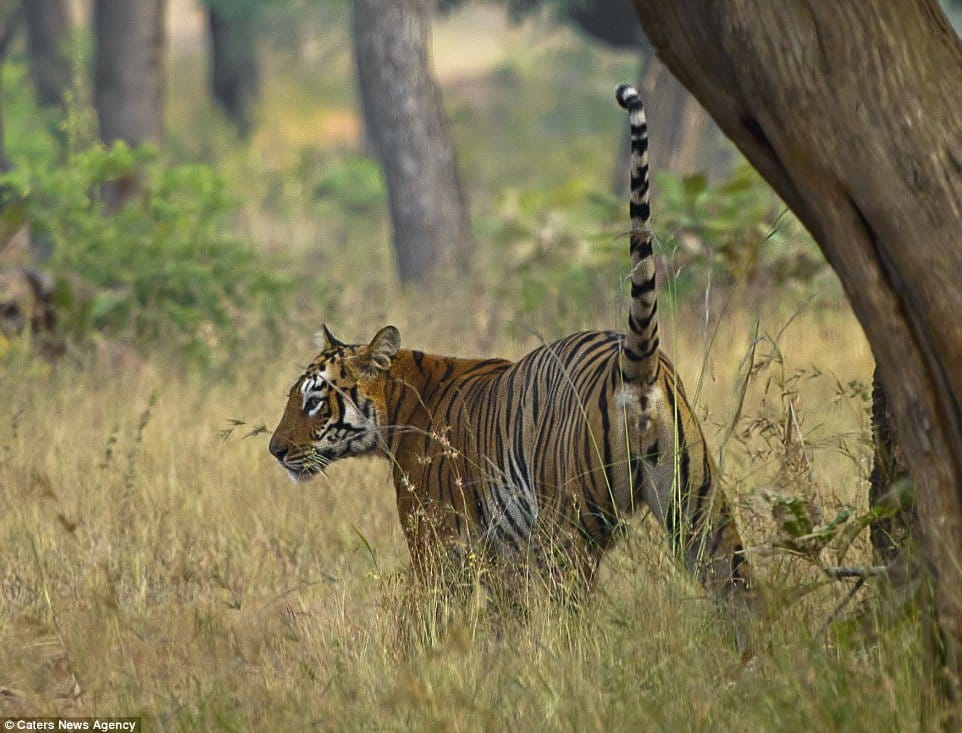 Watch their video below:

Tigers are considered as one of the most fierce animals in the jungle. Other animals fear tigers because of their strong nature and brave personalities. However, this notion was totally shaken by photos that depict a tiger being all friendly to a deer – an amicable prey!