An unusual friendship between a mammal and a cold-blooded reptile blossomed in a zoo in Germany.

A female white-fronted marmoset was photographed getting cozy with a green iguana who appears to be larger than her. The friendly primate was spotted giving the iguana friendly nibbles and loving kisses. Marmosets are known for exhibiting this behaviour with other primates.

The inquisitive monkey was even caught giving the iguana a neck rub at one point despite the big lizard’s sharp claws and scaly skin. The pair seemingly enjoy each other’s company after being placed in the same cage in Krefeld Zoo.

The unlikely duo’s friendship has caught the attention of people in the town including Ms. Conny Schmidt who snapped the pals’ heartwarming photos.

“They seemed to really trust each other. The marmoset was very intrigued, touching the iguana.I had heard about them and their relationship as it is well known in the area, so these weren’t just lucky pictures,” Schmidt said. 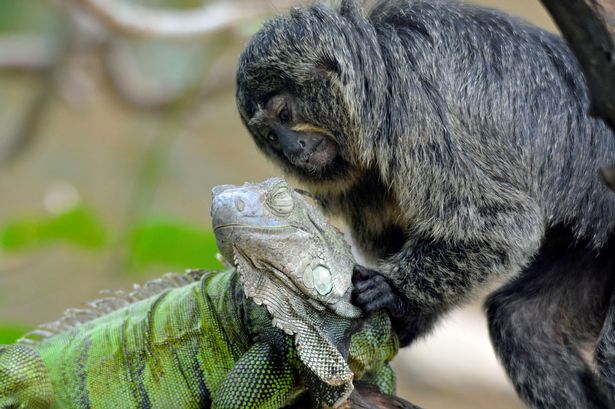 The unlikely duo’s remarkable friendship is well-known in their area. 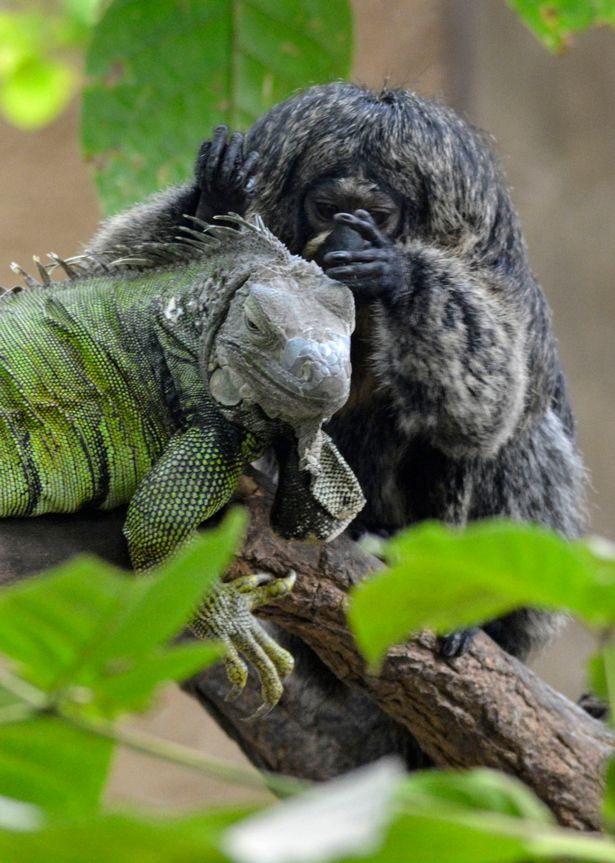 Marmoset monkey and iguana share a tender moment which was caught on camera. 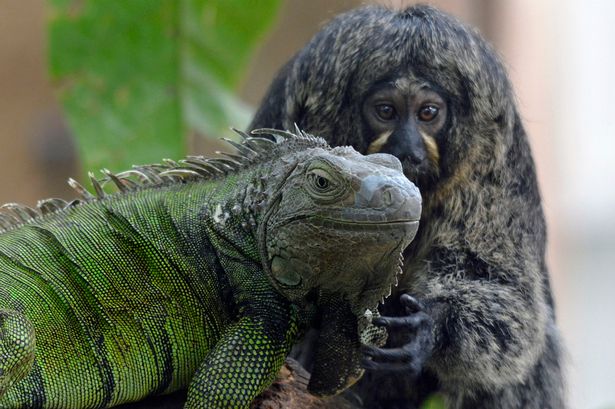 The unlikely duo found a real connection after being placed in the same cage in the zoo. 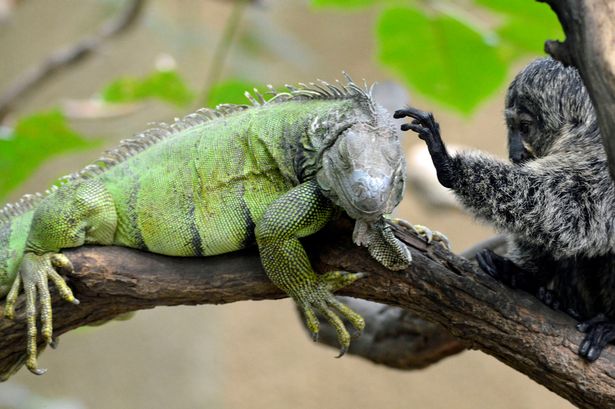 “I had heard about them and their relationship as it is well known in the area, so these weren’t just lucky pictures.” 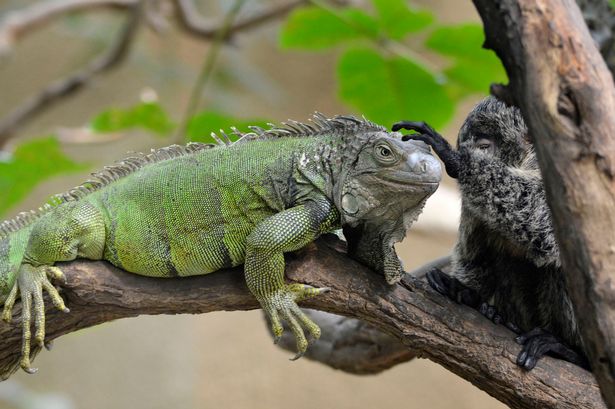