You may have heard or found out about the ‘Bring Back Our Girls’ campaign and the famous hashtag ‘#BringBackOurGirls’ widely used in various social media sites. This is in support of the 276 Nigerian Girls who were kidnapped by the violent terrorist group Boko Haram on April 14, 2014.

Former Federal Minister of Education and Vice President of the World Bank’s Africa division, Obiageli Ezekwesili was also among the first to issue poignant plea ‘Bring back our daughters.’

‘The #BringBackOurGirls movement is a global movement,’ Ezekwesili told MTV News. ‘There’s hardly a city in the world where someone was not holding up a sign or lifting up their voices.’

As reported recently, 234 abductees were found in the Sambisa Forest and  rescued by the Nigerian army. This would have been a great news except for another petrifying fact that 214 of them are now visibly pregnant. It’s so awful and sad to know that such cruelty against women, children and even young girls won’t come to an end.

A group of women and children rescued from the militant group Boko Haram in the Sambisa Forest. 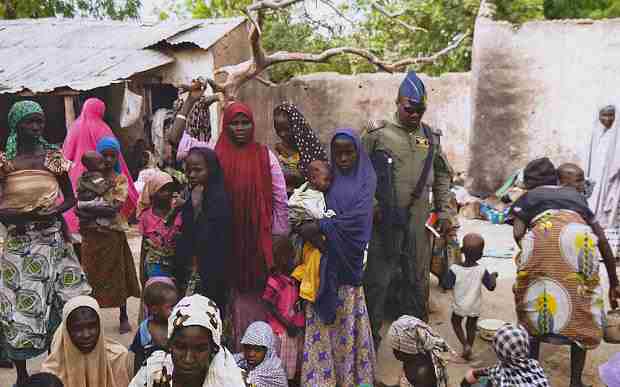 The militant group Boko Haram have abducted more than 2,000 women and girls since early 2004 but their attack on the school in the town of Chibok created global awareness and earned sympathy from thousands of people. While it is still unknown whether the Chibok schoolgirls are among the rescued ones, it is evident that the freed victims were forced to be sex slaves and fighters. Experts believe that there is a thin chance that the remaining abductees will survive.

Twenty -eight schoolgirls who escaped from the militant group Boko Haram in the town of Chibok, taken on June 2, 2014 at the Government house. 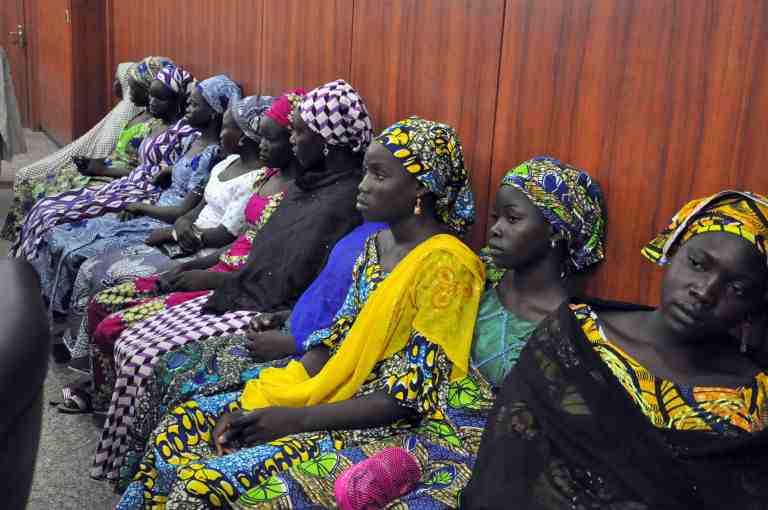 As for the other 214 who are now expectant mothers, they may have survived but the scars remain and the struggle to forget such inhumanity is still unknown. They may be free but the awful memories live on, keeping them captives forever.

A woman named Asabe described her experience in the hands of Boko Haram to a reporter at a refugee camp and said,

‘I was abducted six months ago in Delsak when our village was overrun by Boko Haram,’ she recounted, speaking from a camp in Yola, Nigeria. ‘First I had traveled from my village to a forest close to Cameroon. They turned me into a sex machine. They took turns to sleep with me. Now, I am pregnant and I cannot identify the father.’

My thoughts and prayers to all the victims and their loved ones. Hoping that this inhumanity will soon stop and that justice will be served. Help spread awareness and stop violence by sharing this.