We all have a soft spot for mothers who love and care for their children. Their selflessness and fiercely protective nature often shield their kids from life’s harsh obstacles. An elderly mother in the Philippines named Julieta Lorenzo certainly has these qualities.

Facebook user Gilbred Cargason Alsagon Jr. revealed that he was touched by the unwavering devotion of an elderly mother to her disabled daughter. He saw them while they were at the Development Bank of the Philippines (DBP) branch in Roxas City. The city is located in the province of Capiz, which is in the Visayas region of the Philippines.

Julieta Lorenzo is 69 years old while Mary Jane, her disabled daughter, is 30. 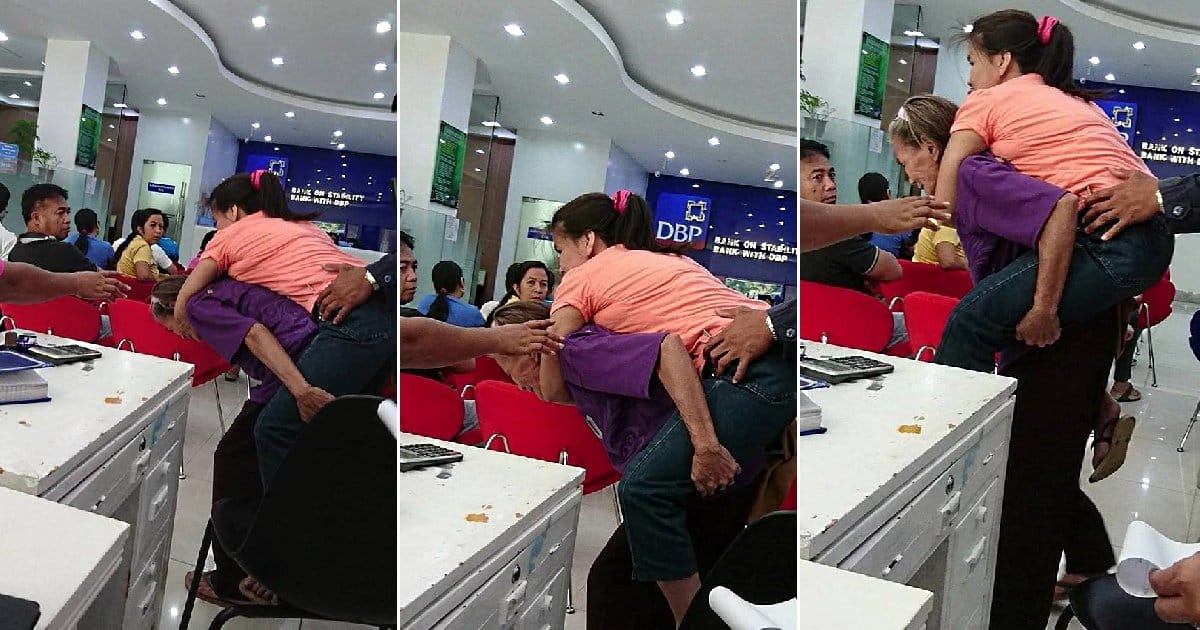 According to Gilbred, everyone at the bank — from the clients and the employees — were touched by the sight of Julieta and her daughter Mary Jane and so they offered to help. However, they declined because her daughter didn’t want anyone else to carry her.

Gilbred went on to say that while he wanted to help Julieta and Mary Jane more, he wasn’t able to do because he had his own mother to worry about. As such, he decided he would take photos and a video of Julieta and Mary Jane. He hoped that their story would reach those who are in a better position to help them.

Watch how the elderly mother manages to carry her disabled daughter.

As Gilbred’s shared photos and video went viral, a local TV network tracked down Julieta and her daughter. They discovered that aside from being paralyzed, Mary Jane can’t talk. Apparently, she had been that way since she was around three years old.

Julieta disclosed that she and Mary Jane have been living on their own in their humble home for over 25 years. She added that she has never let Mary Jane out of her sight because she is afraid someone might molest or harm her defenseless daughter. The report didn’t say anything about Mary Jane’s father or their other relatives.

Julieta said that she was at the bank to claim her monthly pension worth P2,000 (around $39.85). She uses the cash for their daily needs.

The way to their home can be very difficult. 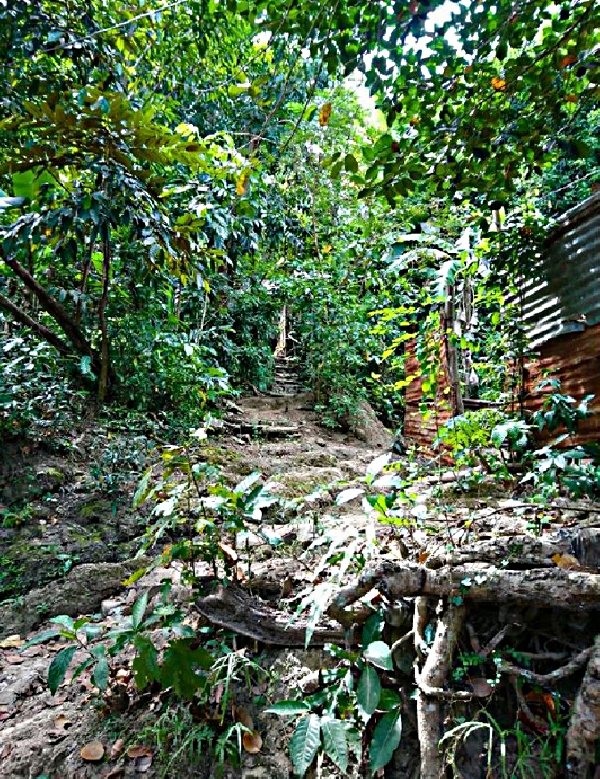 That said, it’s clear that the elderly mother has no means of getting better treatment for her daughter. Moreover, her pension isn’t even enough for all their needs.

Yet, despite their poverty and the challenges brought on by Mary Jane’s disability, Julieta has undoubtedly taken great care of her. Mary Jane looks great and is in good health. This is a testimony to how great Julieta is as a mom. At her age, though, she needs all the help she can get.