This is not the first plan to send man to Mars, definitely. But when Elon Musk explains it, it seems legit and it even possible.

The billionaire revealed his grand plan at the International Astronautical Congress (IAC) in Mexico. His proposal, called the Interplanetary Transport System (ITS) involves sending people to Mars, 100 at a time, using a giant rocket. The rocket is said to be even bigger than NASA’s Saturn V, which makes it the biggest in history. 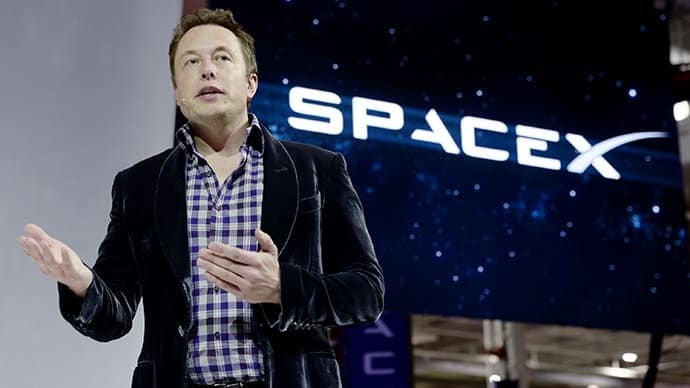 “I want to make Mars seem possible to do in our lifetimes,” said Musk in his presentation “I want anyone to go if they want to.”

The rocket has no name yet and currently goes by the moniker “Mars Vehicle”. A spaceship designed to transport human or cargo will be placed on top of the rocket. 42 of SpaceX’s new methane-fueled Raptor engines will power the rocket. The engines will take the rocket into orbit and programmed to return to its launch pad in Florida, where it will be prepared for another launch.

So how exactly will this trip happen? A spaceship will take people as passengers and then another one will carry the fuel to orbit. This fuel-carrying spaceship will dock with the first one to load it with methane-based fuel so the actual journey to Mars can commence.

Artist’s drawing of the Dragon capsule at Mars 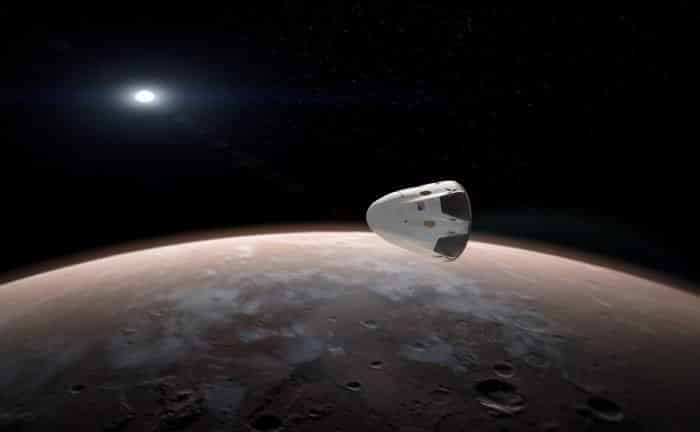 The timeline for this ambitious plan will raise your eyebrows. According to Musk, the first launch will happen 10 years from now, so that’s around 2016.

As if that’s not enough, Musk also reveals his wish to terraform the red planet to make it livable for humans, that is, they can survive even without wearing spacesuits.

Musk’s company, SpaceX, is now planning a Mars mission whenever a Mars rendezvous launch window is available. This happens every 26 months, when Earth and Mars align. The plan will reportedly start in 2018. The first few missions will be unmanned. 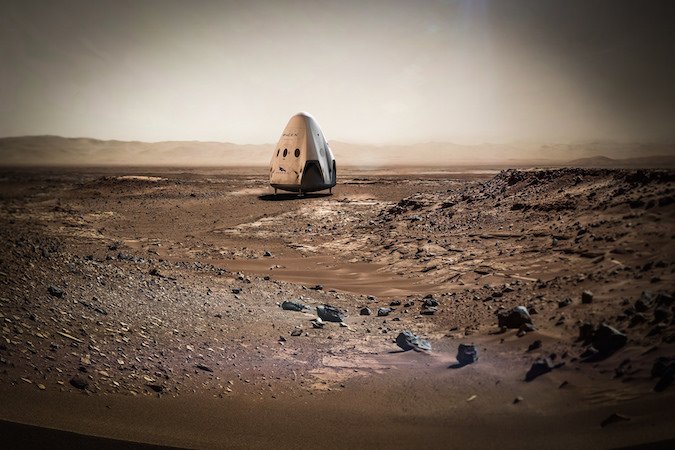 Musk’s goal is to take one million people to Mars, around 10,000 trips in the span of 40 to 100 years. The spaceships will be equipped with restaurants, zero-gravity games, and other stuff that will keep the passengers entertained and occupied.

He added that this is not a one-way ticket; the spaceships will be designed to have an ability to take off from Mars and return to Earth. So those who want to go back to the old blue planet can do so. 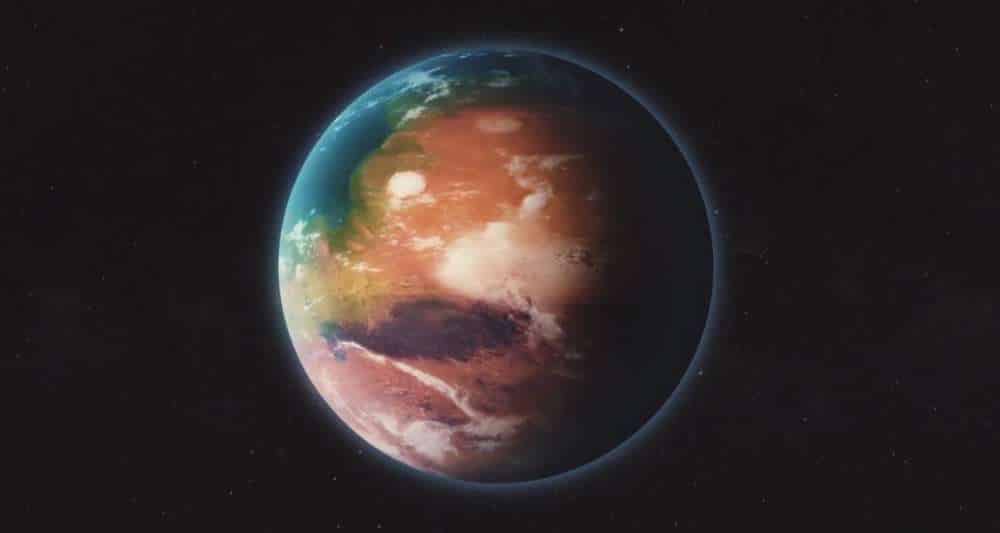 How much for all this, you ask. Well, Musk said that each ticket will cost around $200,000. The price is certainly impressively low and this is because the rocket and spaceship will be reusable.

Just in case you doubt Musk’s sincerity, he plans to use as much of his own money for the venture.

Why go through all this, one may ask. Mars is a dead planet anyway. Why should humans even consider making this trip?

Musk says that in the event that humans will face a doomsday scenario, they will certainly need another option to live.