Just in case you have forgotten your high school science lectures, everything in outer space, our included, are by-products of a series of collisions that well, resulted to pretty much all the planets, moons and asteroids that are in space. One of the most interesting collisions is that of a mars-sized planet, Theia, and of Earth.

The science community has been up in arms however over whether small planet Theia hit the Earth head on or just side swiped it.

A new analysis of lunar rock and soil samples suggests that the Earth got full-on clobbered by an ancient planet called Theia. 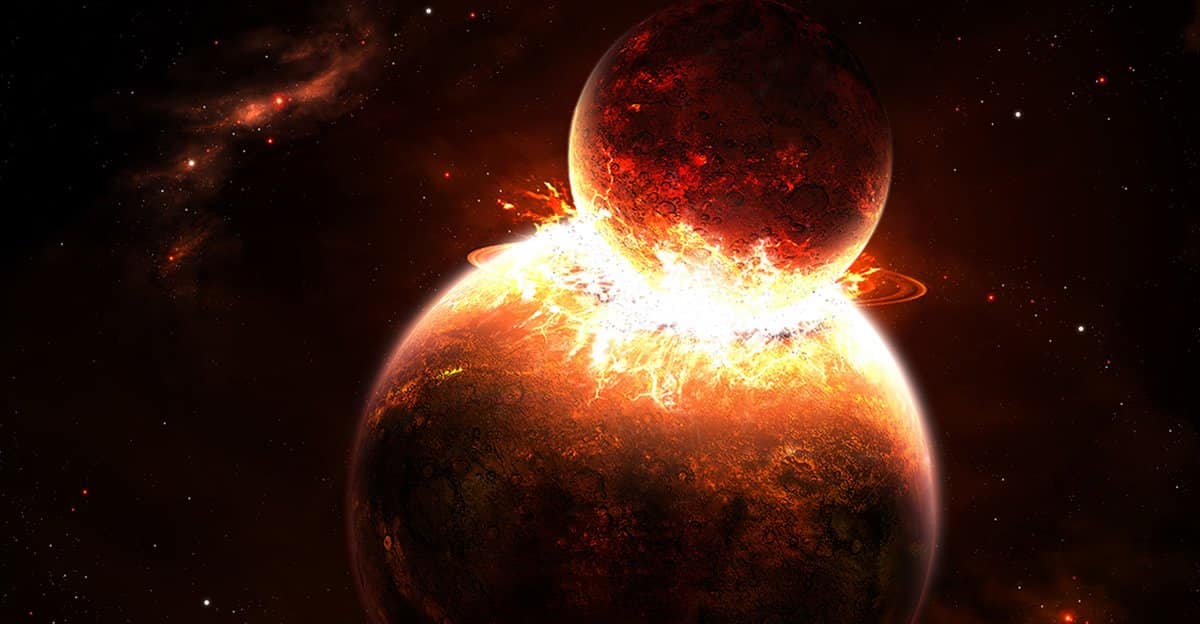 Earlier reports point to a swiping but research and new data now are pointing to a full on collision. Analysis from materials taken by missions Apollos 12, 15, and 17 indicate that the head on collision between Theia and Earth has left our planet with fragments of former. These same fragments can be found as well on the moon.

Rocks and soil from the moon are said to be similar to the floor of the ocean. 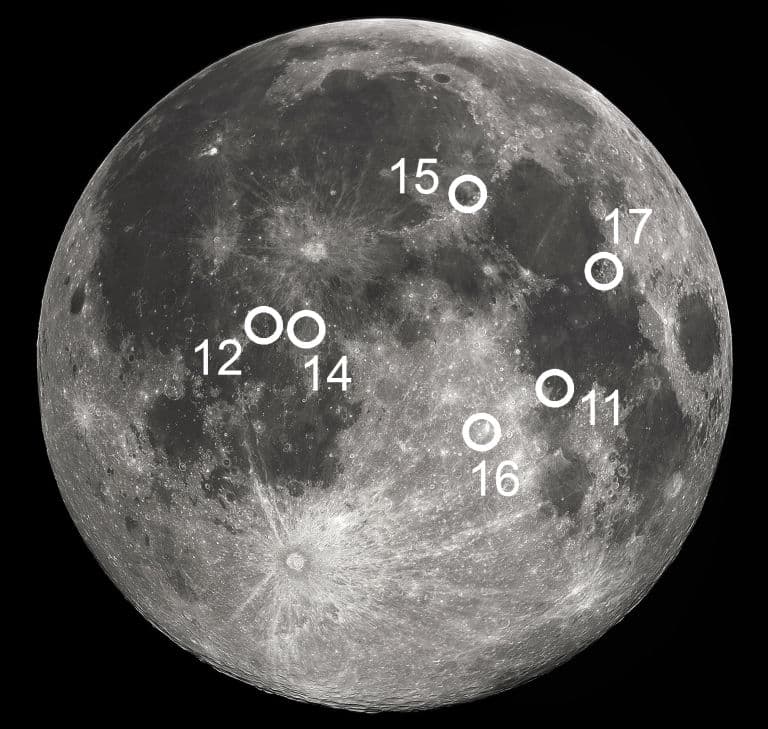 The proof? The oxygen isotopes found on the moon are relevantly the same as that of those found here on Earth. Yes, in other words, the earth and the moon are pretty much made up of the same materials. Now before you go jumping up and down now, analysis is also pointing to the probability that the salt-heavy lunar rocks and soil are similar to those found under the ocean.

What can account for another possibility is another set of rocks found on the northern part of the moon which are said to be similar to those found in South Africa. “I think this will motivate impact modeling in [the head on collision] direction, so people will be forced to abandon the glancing blow model,” Young says. “People will keep looking with better and better analytic precision.” Edward Donald Young is a professor at the Department of Earth, Planetary and Space Sciences at the UCLA.

Sample of a lunar rock taken by Apollo 17 viewed in cross-polarized transmitted light. 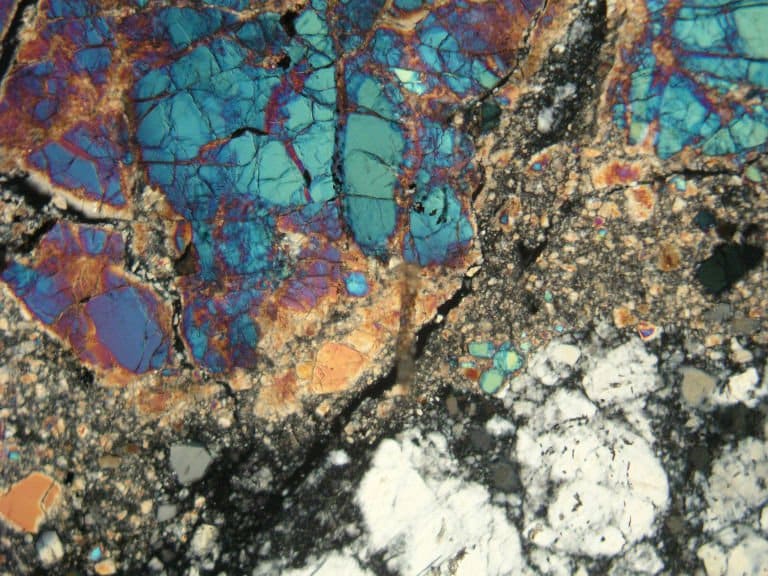 Now, how did the Mars-like planet Theia and our own planet collide with each other head on? That is the next mystery the science community is trying to work on. For now, they’re just pretty much happy about the likeness in content between the Earth and the moon.