One provocative building in Germany has caused quite a riot in both the locality and social media, simply because it looks like two people having sex, dog-style. But, we can’t really confirm because it’s not moving.

Tagged as Domestikator, the building is actually a new hotel that is part of the The Good, The Bad And The Ugly series at the annual Ruhrtriennale Festival in Bochum, Germany. Hence, it is a very big installation art. It promises to host the VIPs during the Ruhrtriennale International Arts Festival. 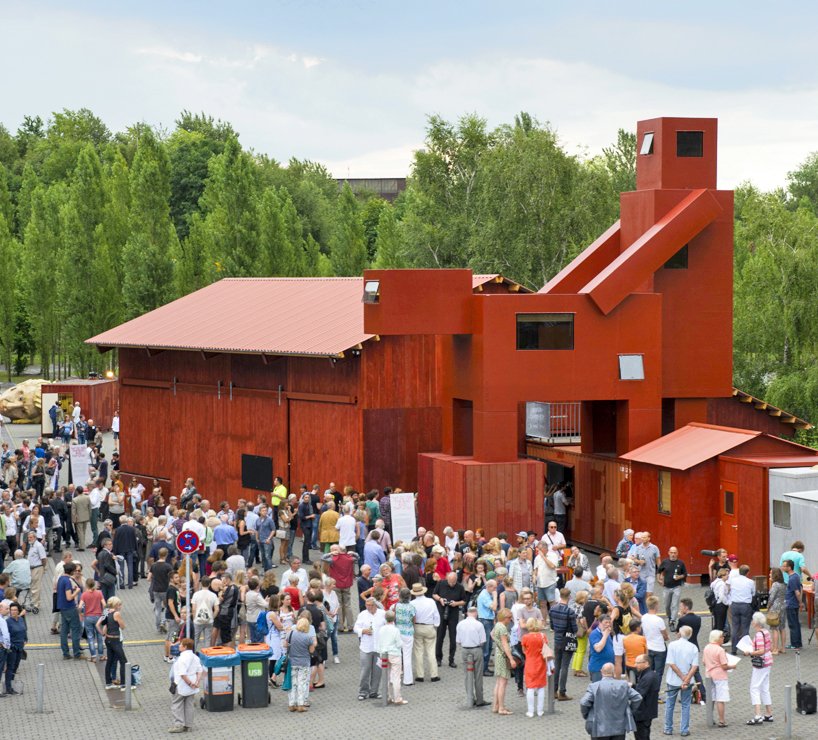 First impression: the obscene structure looks like a bunch of huge lego blocks seamlessly stacked together to look like two people copulating. 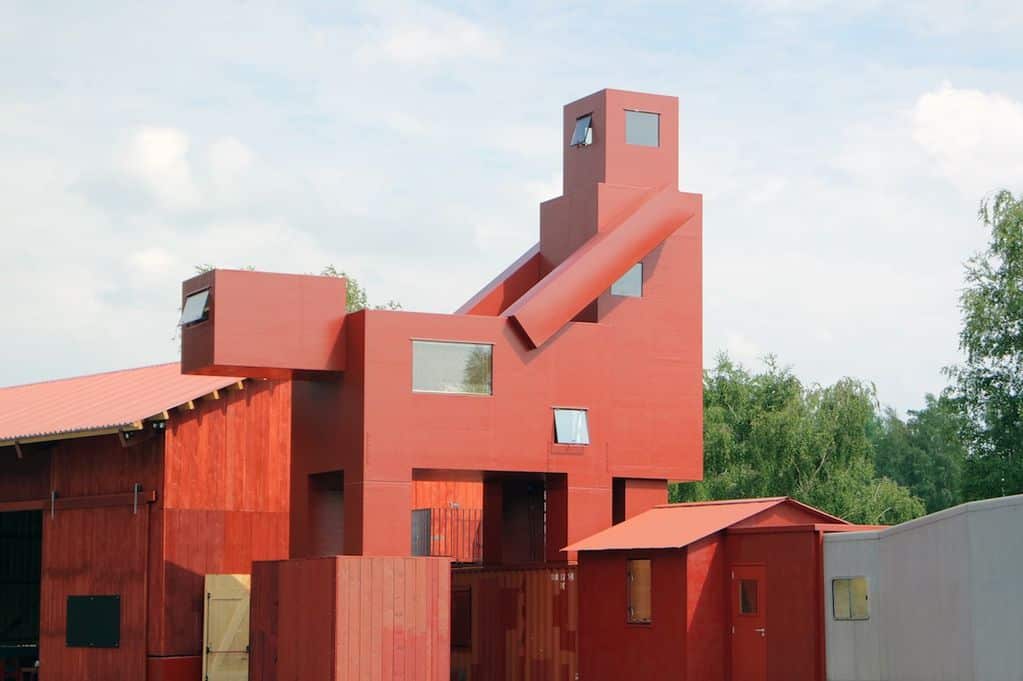 Artists didn’t really confirm what this building is supposed to be, but according to the creative agency behind the concept, Atelier Van Lieshout, the primary goal of the artwork is to depict the immense power of humans to control and change the natural world, as well as humanity’s destructive relationship with nature. 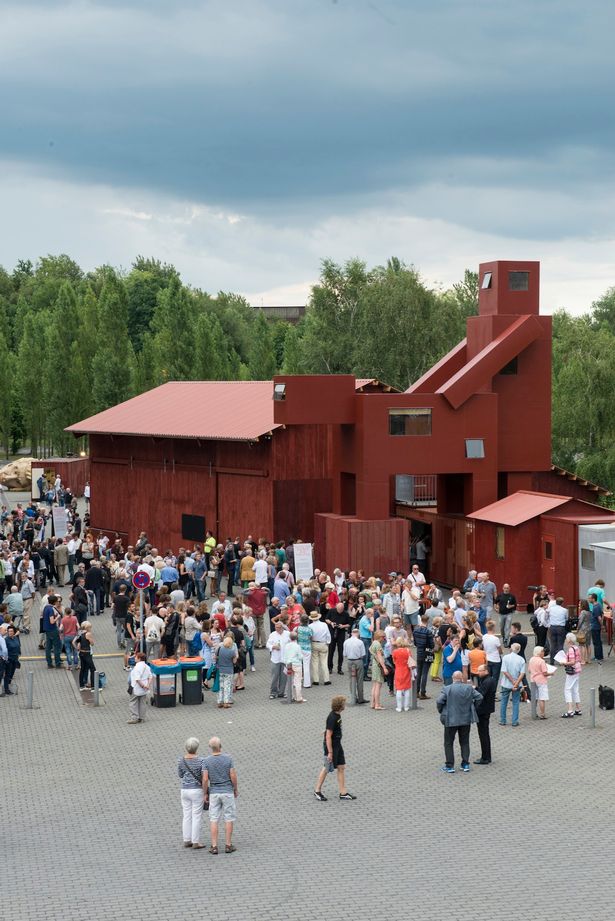 If you think that they put up this big pronographic piece of art just to attract people to the hotel and festival, you are utterly wrong. The firm who made it strongly emphasized the deep and sincere message they want to get across. 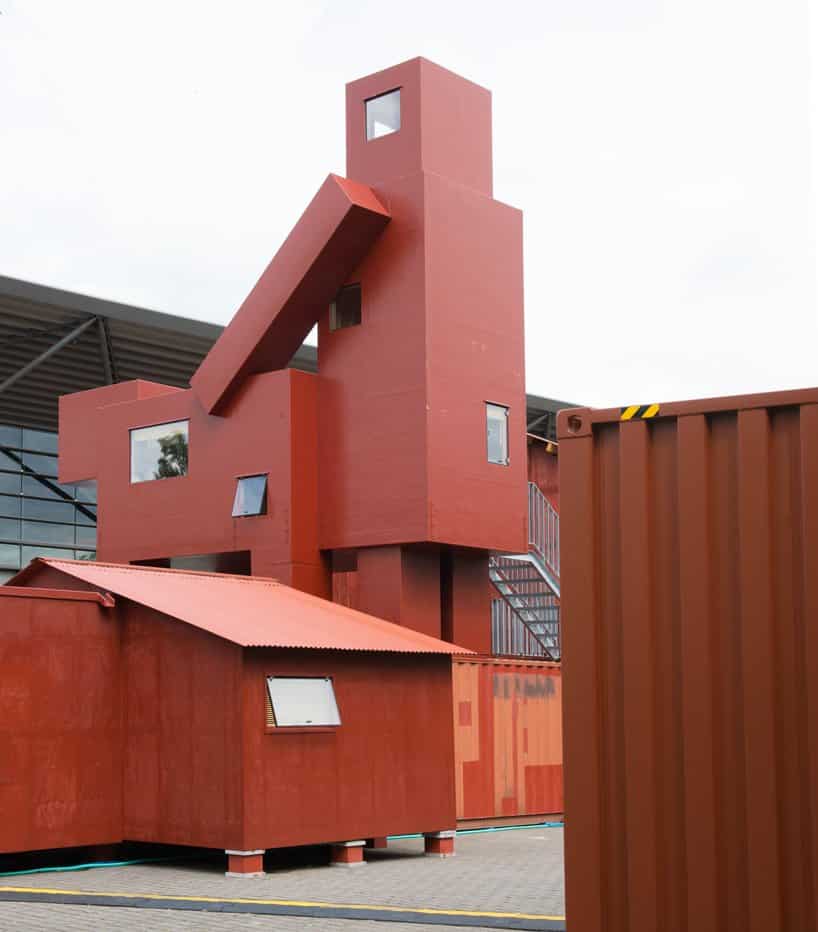 Design Boom said that the work represents a much more broader and relevant idea.

“The focal point of the entire installation, however is the new work ‘domestikator’ – a monumental, functional artwork that serves as a totem, temple and beacon within the Ruhrtriennale’s grounds. The towering figures serve as a symbol for the power of humanity, paying homage to the ingenuity and capacity of humans, but the eventual use of this power to dominate and domesticate the natural environment. The act of domestication, however, often leads to boundaries being sought or even crossed. Only a few taboos remain, and it is these taboos that the ‘domestikator’ seeks to address, bringing to mind the ethical dilemmas of our time like bestiality, production and consumption.”