Dogs can’t verbalize, but that doesn’t mean they cannot communicate with us. The various sounds they produce—the barking, growling, howling, whimpering, or whining—all have meanings. They aren’t just noises; it’s their way of expressing their needs, wants, and feelings to us.

Take, for instance, this dog named Ruby. The pooch fell down a 50-foot well and needed help. The villagers near Udaipur heard her cries and called Animal Aid India. The rescuers immediately responded. 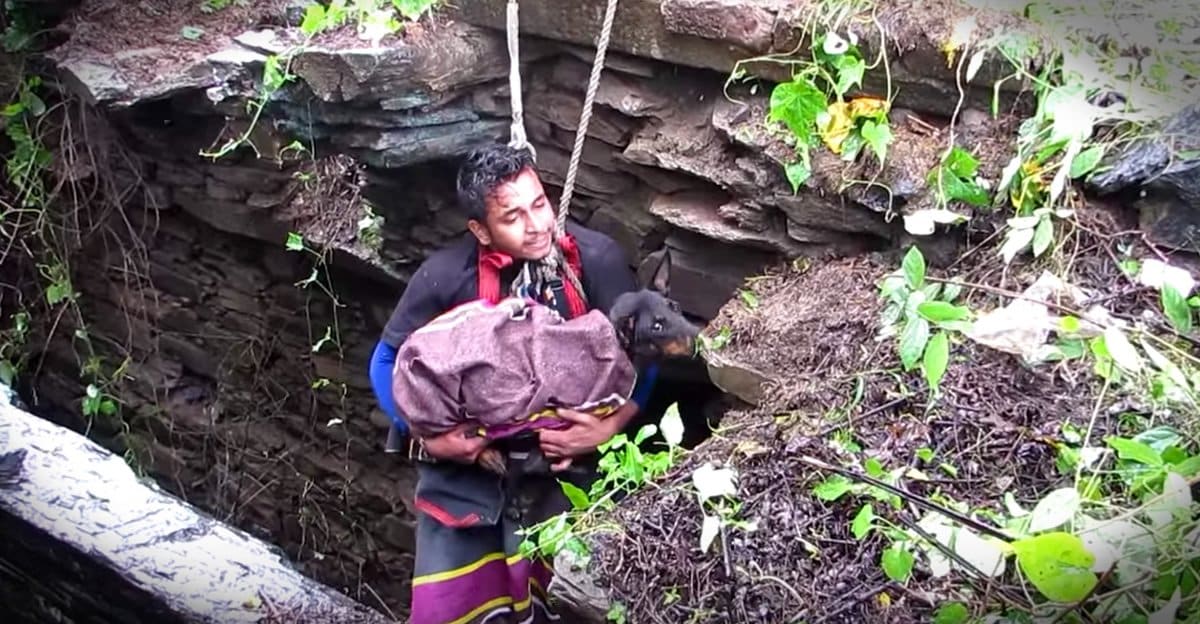 When the men arrived, they looked down the deep pit and whistled at the canine. When Ruby saw and heard them, she let out a desperate cry that seemed to evince hope, solace, and gratitude.

The team lowered down one of the rescuers into the hole to save Ruby. And as soon as he got on the ground, she welcomed him with her sweet kisses.

“From the bottom of a 50 foot [sic] hole (a dry well) rose up the most plaintive cries for help. When our rescue crew arrived she literally sobs [sic] she’s so beside herself with emotion, as if she needed to share behind tears the whole of her terrible ordeal, the fear she must have felt while falling, the disastrous realization that she couldn’t get out…and above her, she weeps almost in disbelief, may be–[sic]…yes–it is help!”

None of them knew how Ruby survived the fall or how she walked away unscathed from such an accident.

Watch this video and tell us what you think.