Five decades ago, Arthur Lampitt, from Granite City, Illinois, smashed his Ford Thunderbird into a truck. After sustaining severe injuries, the former real state agent made full recovery. However, a decade ago, he walked into a metal detector and discovered a piece of metal the size of a pencil stuck inside his arm. But since it didn’t cause pain or any inconvenience, he was told to let it stay there.

However, several weeks ago, while he was moving concrete blocks for the apartment he is renovating, his arm started to bulge and hurt. So Lampitt decided to undergo surgery at City Place Plastic Surgery Center in St. Louis. At first, he wasn’t really sure what was inside his arm. He was baffled, wondering perhaps a medical instrument was accidentally left there 51 years ago. But after inspecting the old photographs of the wrecked Thunderbird, a friend noticed that the metal blinker lever was missing from the left side of the steering wheel. Lampitt realized that must be the object stuck inside his arm.

After a 45-minute long operation, Dr. Timothy Lang walked into the waiting room and handed the 7 inch metal object to Lampitt’s wife, Betty who exclaimed: “Oh, my God!” 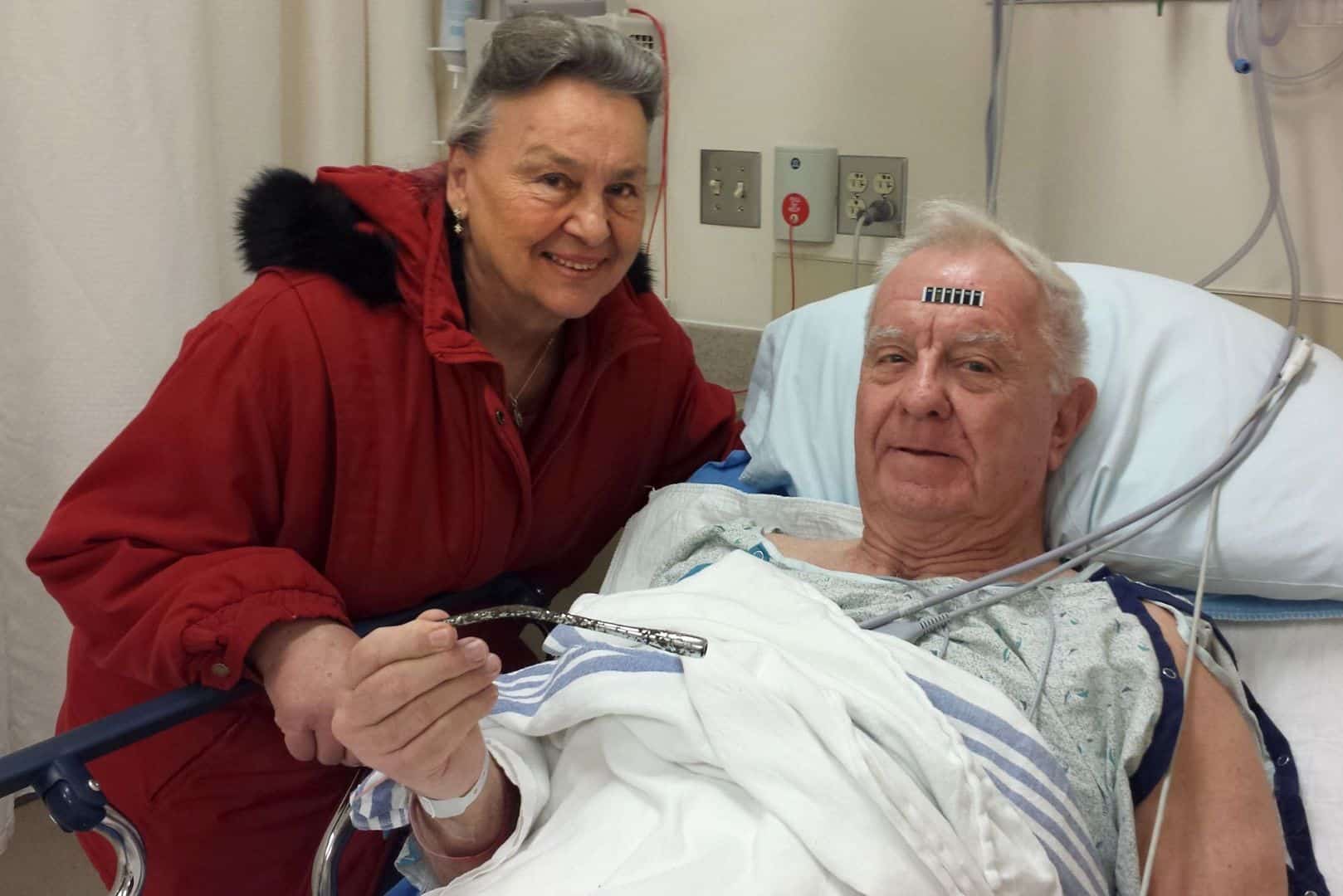 51 years ago, Mr Lampitt broke his hip when his Ford Thunderbird smashed into a truck. 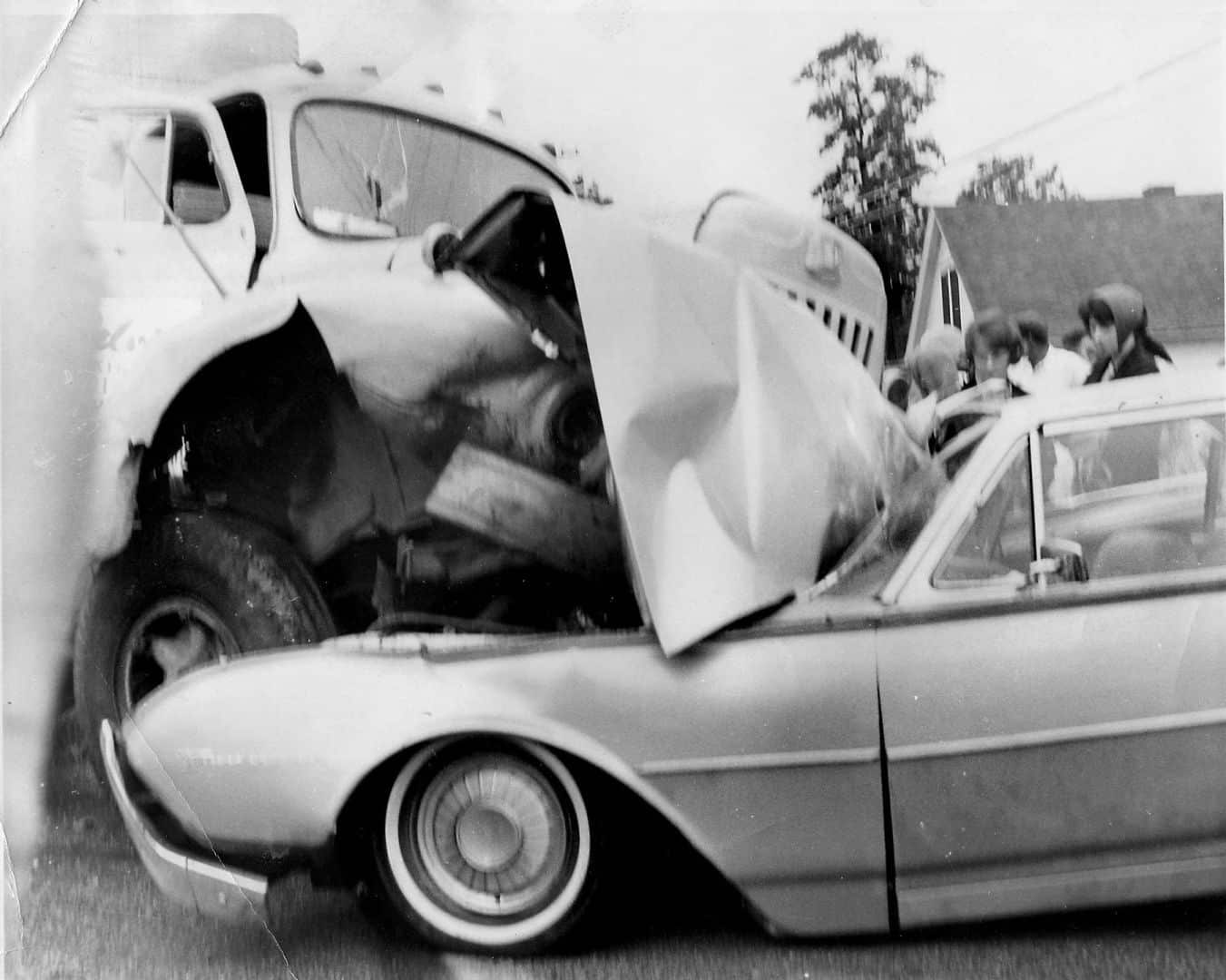 Luckily, he fully recovered. But a decade ago, a metal detector discovered a piece of metal embedded in his arm. 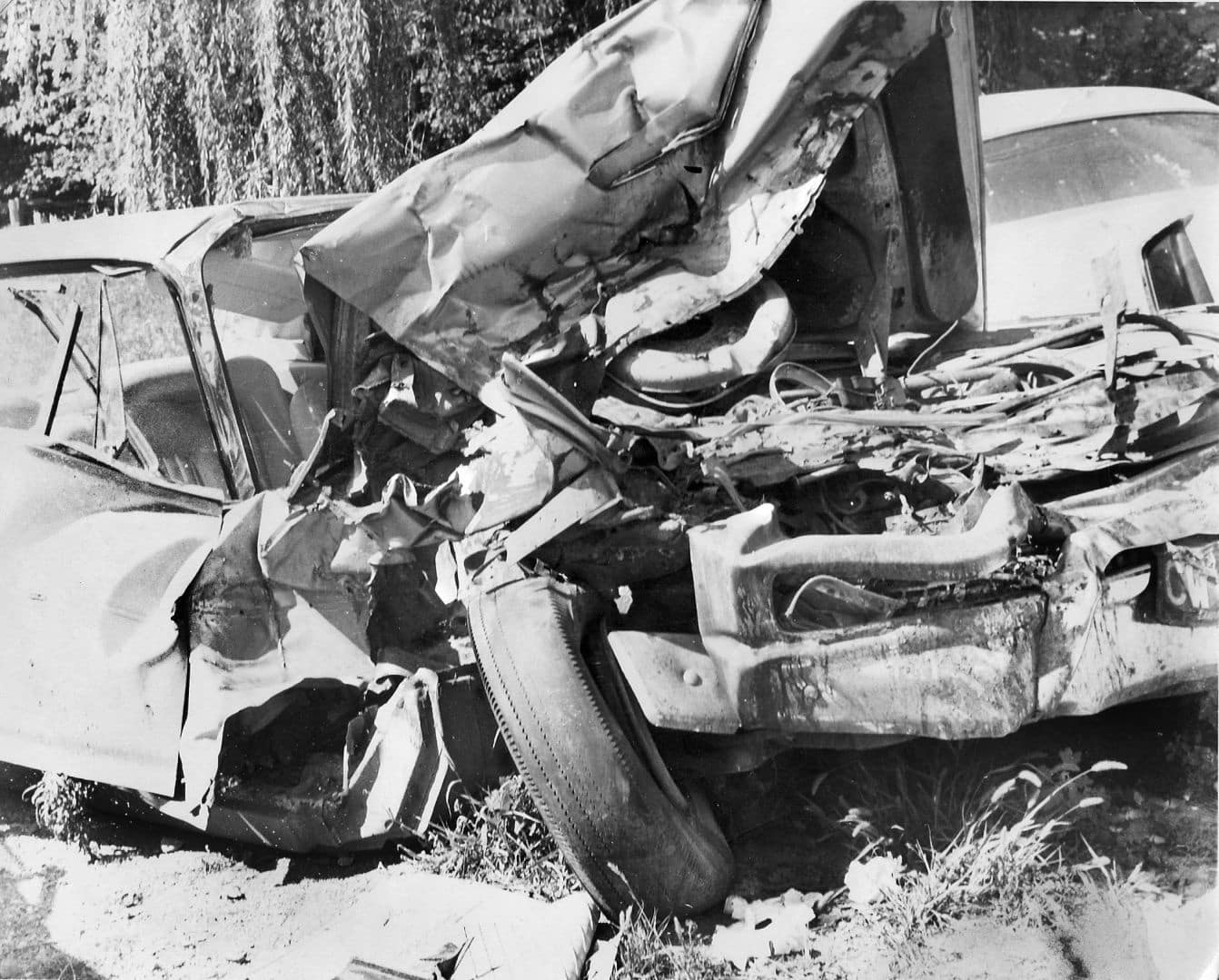 At first, they thought it was a medical instrument accidentally left inside his arm. 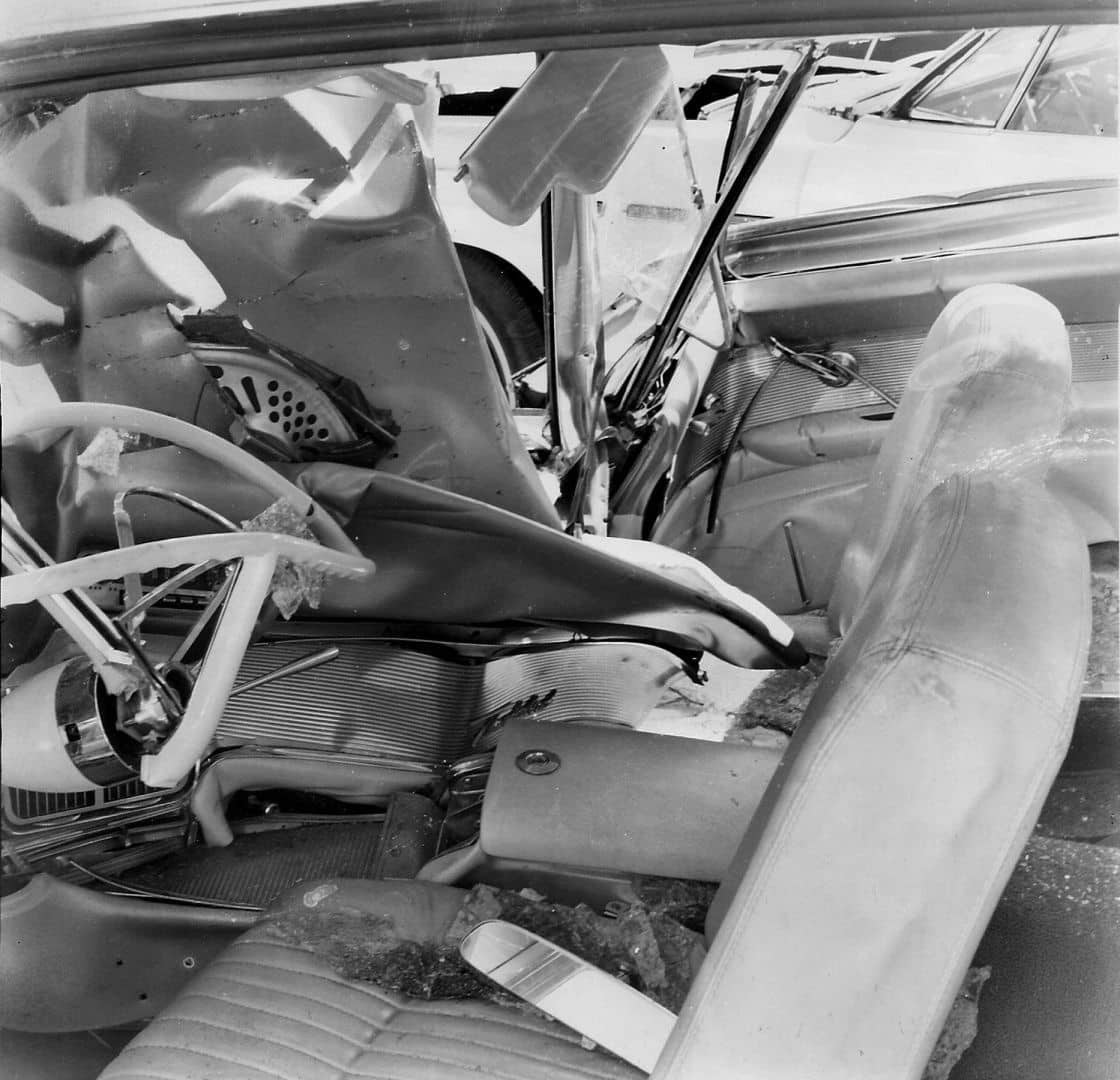 When they inspect some old photos, they noticed that the left turn signal was missing. 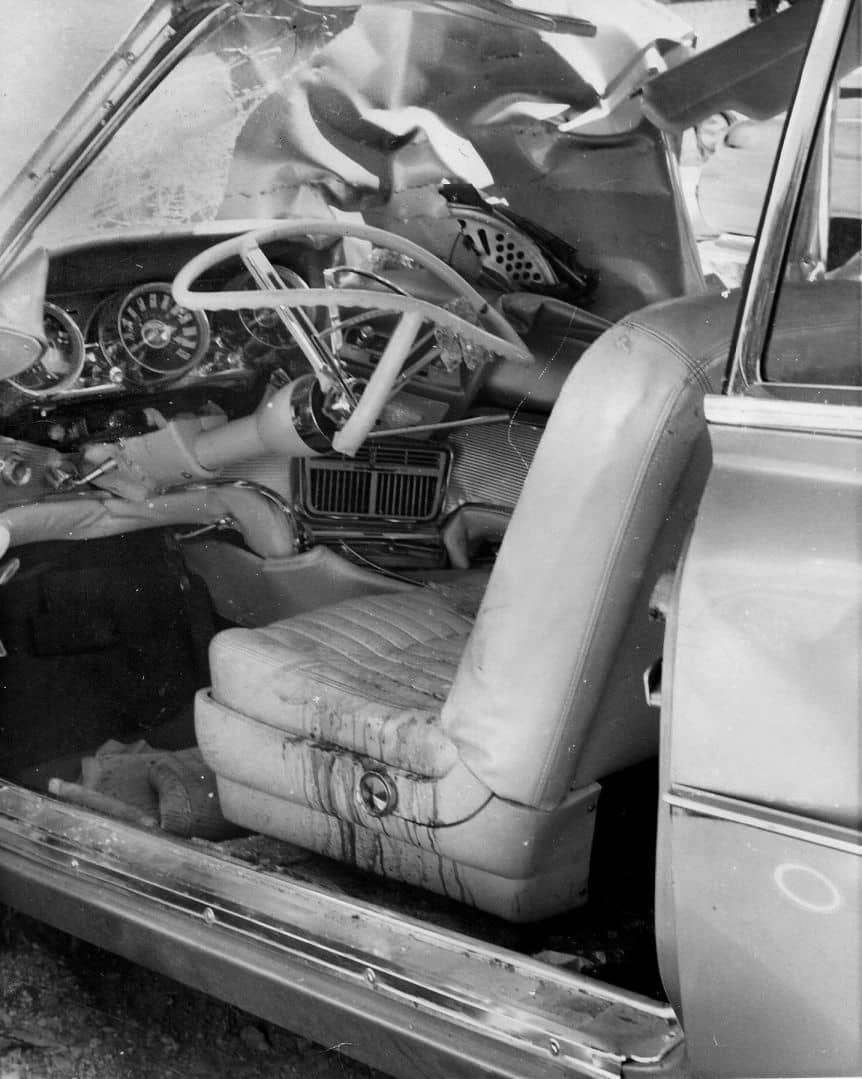 The couple are now pleased that the mystery was finally solved. 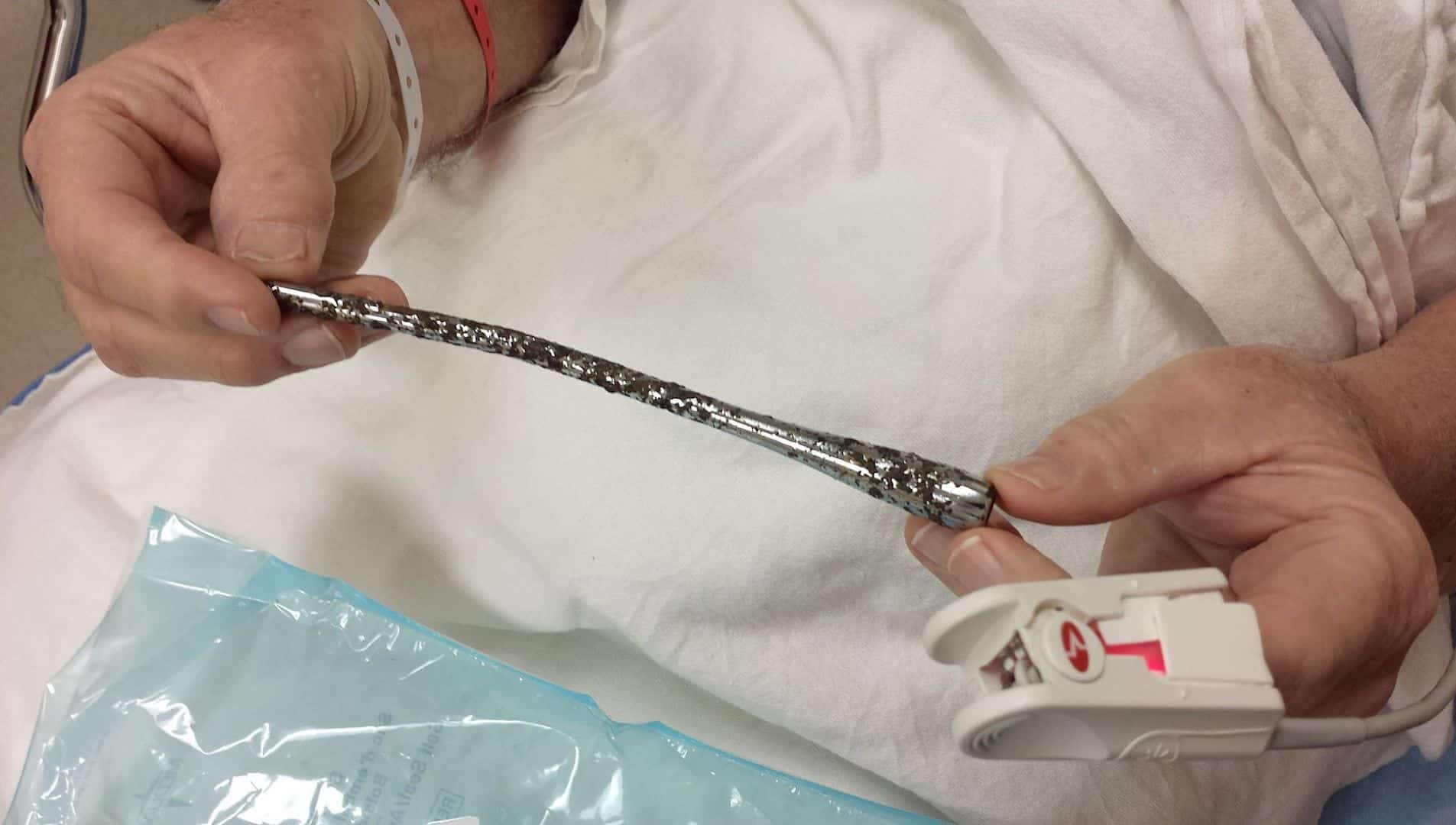 You can read the full story at stltoday.com