In the age of social media, it’s not official till it’s Facebook official. Indeed, it has become almost mandatory for everyone to post evidence of their engagement on the social network. Case in point: Miranda Levy, also known as the future Mrs. Kelly.

The newly engaged lady was so thrilled to announce her engagement after the love of her life proposed to her. Immediately after her guy popped the question, Levy quickly posted a photo of them sitting on the couch, the ring, and something extra.

The newly engaged lady was so thrilled to announce her new relationship status. 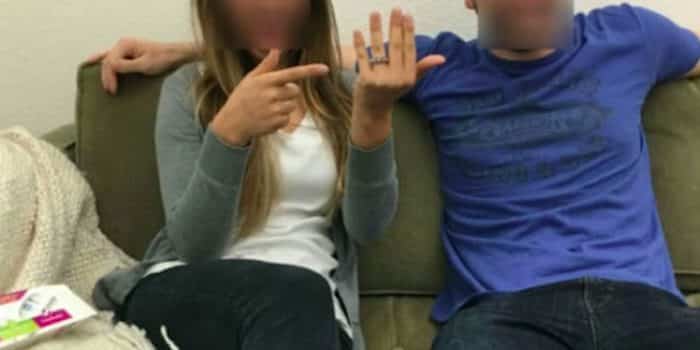 Perhaps due to her excitement, Levy failed to notice the box of pregnancy test kit caught in the corner of the photo. 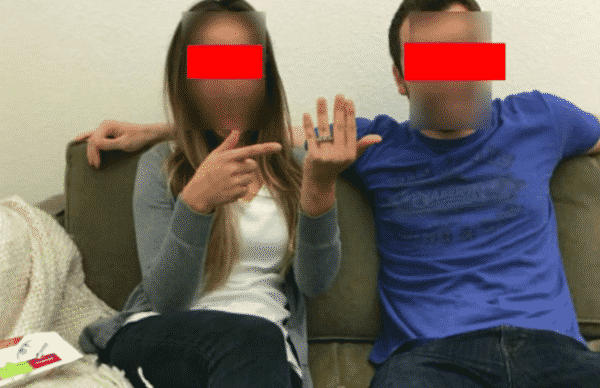 As a result, their cute announcement was bombarded with questions from family and friends. 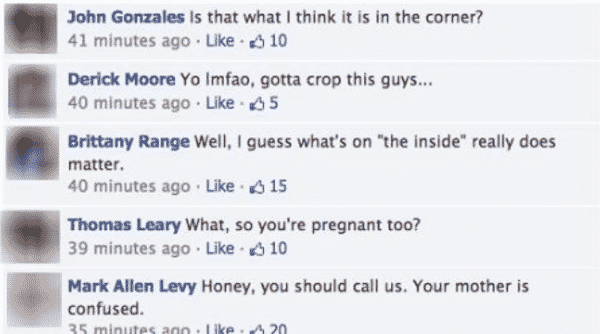 Clueless of what’s happening, Levy asked why they assumed she has a bun in the oven.

It didn’t take her long to realize that their engagement photo became a 2-for-1 surprise for everyone.

That left her without a choice but to make a second announcement.

Their photo is a great example of how to hit two birds with one stone. Best wishes and congratulations to the future Kellys!