Its a story about how one couple met thanks to the intervention of their cars’ license plates.

They used to live separate lives. No longer. 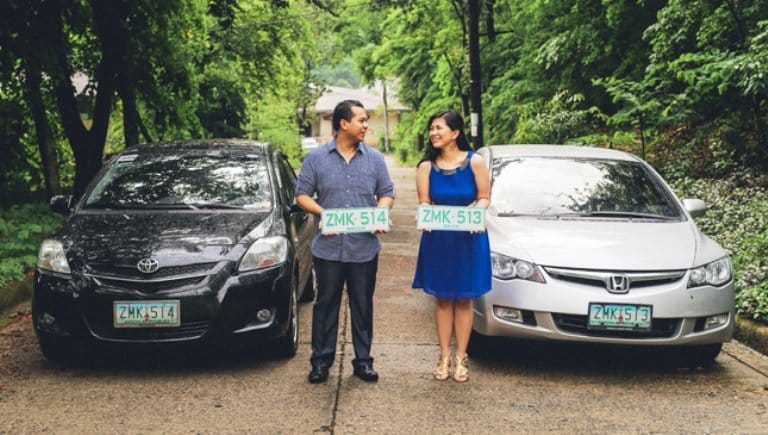 Christian, a thirty-something bachelor and the owner of a black Toyota Vios, was recruited by a multinational IT firm in 2012. The very same month, Tway, also thirty-something, and the possessor of a silver Honda Civic, joined the same company. Both were hired as Project Managers.

As fate would have it, Tway’s license plate read ZMK 513, while Christian’s happened to be ZMK 514. The two may have registered their cars – coincidentally purchased in the same year (2007), during the very same month (December) – at the Land Transportation Office (the Philippine version of the U.S.’s DMV), and may not have seen each other in the crush of people normally queueing to renew their licenses or register their vehicles.

Neither did the two Project Managers notice each other’s license plates at the company parking lot.

However, during an after-work get-together with colleagues, someone did spy their parked cars and pointed out the consecutive license plate serial numbers, which, strangely enough, started them on the road to dating… 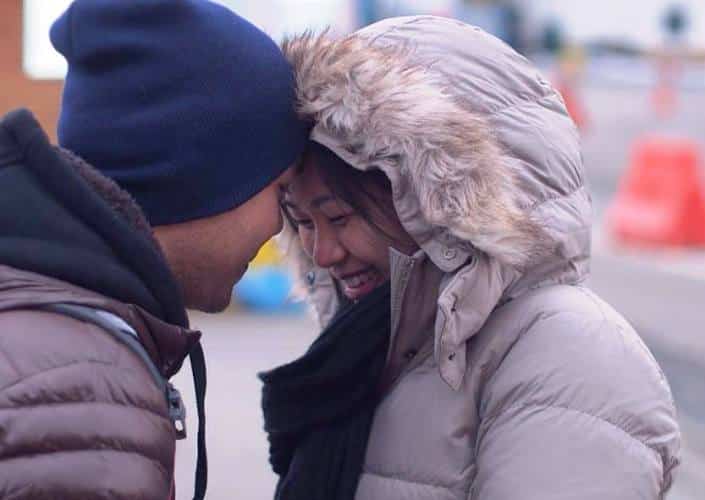 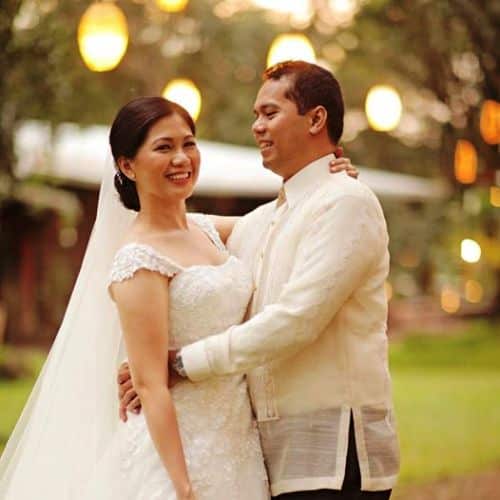 In fact, these two modern individuals, who tied the knot in October last year, didn’t believe in serendipity at all. But who would have thought these two professionals, who worked in the same field, gotten hired by the same company, for similar positions, purchased their vehicles on the same month and in the same year, would be brought together by consecutive license plate serial numbers?

Certainly not Christian and Tway.

All the same, to honor the beginning of their love story, their wedding table at the reception was festooned with this: 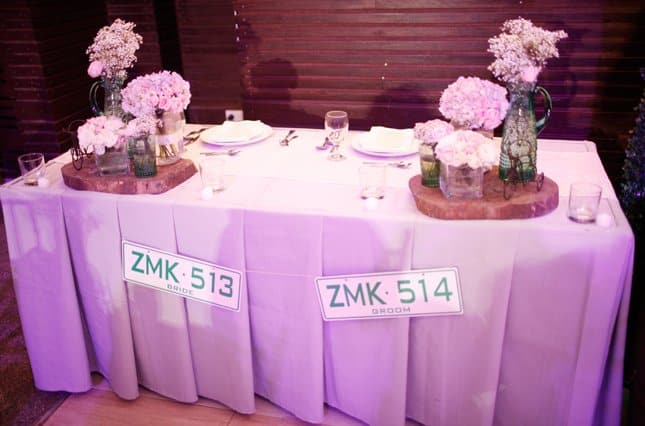 Two months ago, they were blessed with a son, and recently celebrated their first wedding anniversary.

And yes, they still own the same vehicles.

The cars and license plates that began their journey of romance… 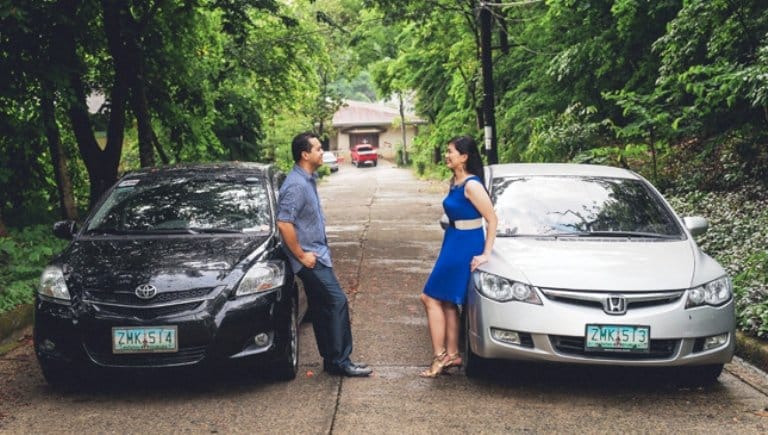