The name Colin Furze may ring a bell for those who frequently check out our site. If you can remember, we featured this YouTube madman a few months back because of his awesome post-apocalyptic bunker. Located underground, the bunker had a party area, a flat screen TV, some gaming consoles, a drum kit, and several weapons. Needless to say, it was the ultimate man cave.

Now Colin is back with a crazy new invention – a real, floating hoverbike.

British YouTuber Colin Furze just made a floating hoverbike from his garage. 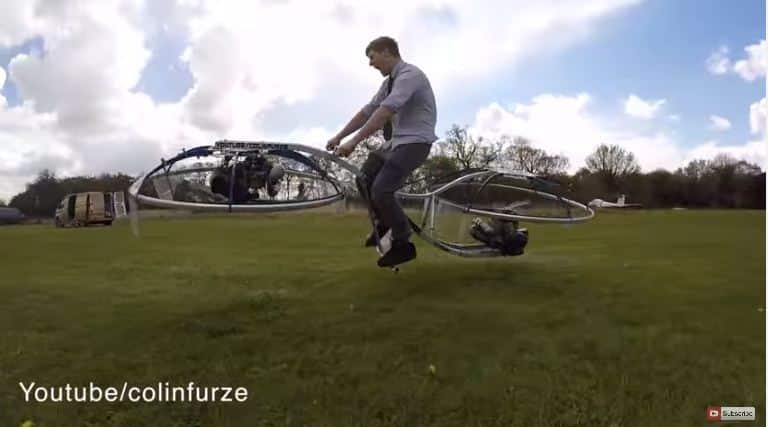 In this project sponsored by Ford, this mad scientist (or more appropriately, a mad engineer) came up with a sweet ride you will only see on sci-fi flicks. So unlike those commercially sold hoverboards, this hoverbike actually hovers.

Sponsored by Ford, the hoverbike is powered by two rotors. 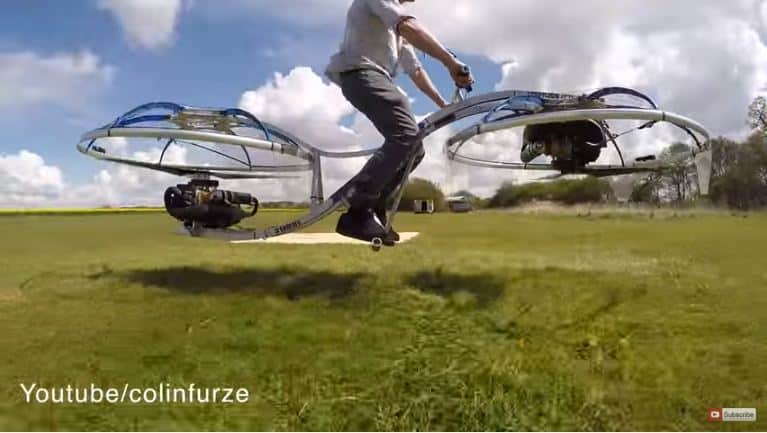 Which, of course, is a pretty impressive feat since Colin’s the bike, equipped with only two rotors, is 100% homemade.

Judging by the viewcount, it looks like everyone’s blown away with Colin’s invention. Uploaded just last Apri 28, the video immediately attracted over 8 million views in just 5 days.

Colin Furze, an engineer, says this is his first attempt at “making anything that leaves the ground.” 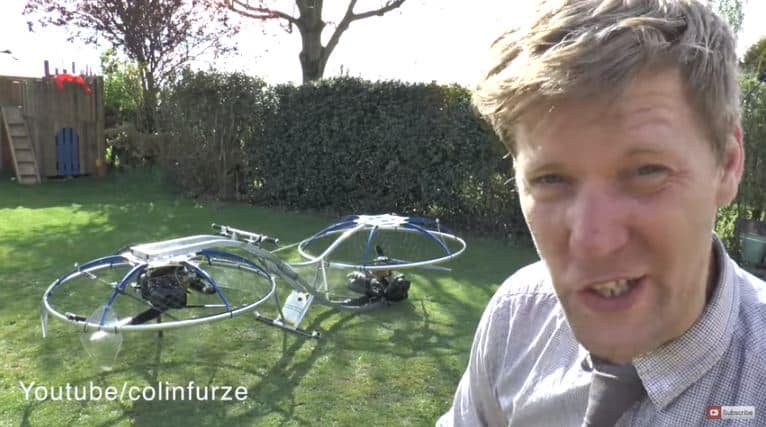 In the video description, Colin tells us:

“What a creation, it’s a unhinged flying bike/human blender but unbelievably it gets off the ground and actually FLIES… Considering the amount of time I’ve spent on this and the fact this is my first EVER attempt at making anything that leaves the ground this is well and truly a job well done, it’s easy to overlook the true scale of what takes to make something like this work at all.

Thanks to Ford for the sponsorship and the Unlearn campaign which has turned my mad idea into a reality and shown that trying new things can lead to amazing results.”

Personally, I can’t wait for Colin’s upcoming creations. This dude is one of the most unpredictable YouTubers and that’s really what makes his channel fun.