It is pretty natural for most women to feel conscious of their body. In fact, a big fraction of the world’s female population resorts to cosmetic surgeries to achieve a perfect shape. This is not the case though for China’s Best Bum winner who owns a naturally-sculpted buttock that most people will definitely drool over. 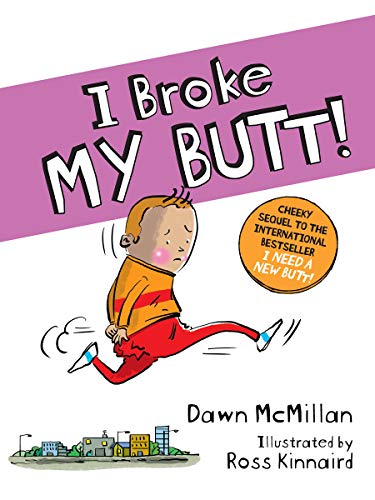 I Broke My Butt! The Cheeky Sequel to the International Bestseller I Need a New Butt!
$6.10
Buy on Amazon Price incl. tax, excl. shipping

19-year-old Gao Qian recently won the “most beautiful buttocks in China” contest. Although she easily nabbed the championship title, Gao revealed that life is not always easy for women with curvy body like hers.

Gao recently told the Daily Mail that she is having such a hard time wearing tights in public. She revealed how her award-winning behind catches “too much” unnecessary attention that even caused a couple to argue when a man complemented her figure in front of his girlfriend. Furthermore, Gao said that people walking behind her would flock only to point at her backside.

Even though she sports China's best booty, Gao Qian feels conscious as she steps out in public.

Following such uncomfortable experiences, Gao swore to eliminate all the drama her butt is causing her and decided to only wear baggy clothing when she steps out of the house.

Gao Qian, who works as a part-time personal trainer and spends time doing fitness vlogs, shared how her friends got her convinced to join the said contest. To achieve a figure more worthy of competing though, Gao went through a grueling fitness training that usually stole six hours of her time, everyday, for the past months.

The contest served as a part of a body building competition which was held in Shengyang shopping mall and was organized by the Beijing-based fitness club, Saipu. Gao stood over thousands of viewers and won the favor of seven judges after she shook and wiggled her bottom against 49 other contestants.

“I’m very pleased with the results. I will carry on training no matter how hard it might get – this is the career I love.”

Apart from the push she has gotten from her friends, Gao said that she also received support from her family, most especially from her dad.

“My father gave me much encouragement after I signed up for the competition. My family also think it’s a very positive thing to do.”

Gao Qian won over 50 other contestants in Saipu's event.

Following her success over winning a prestigious title, Gao plans to continue working out to perfect her body. With her Kim-Kardashian-like booty, she believes that she has a gift that most Asian women are dying for.

Mr. Zhichao Zhang of Saipu, recently hinted on a grand final contest which might go down later this year. Talks also have it that the event will probably take place at the Bird Nest national stadium, although details of the competition are not yet finalized and are still kept under the wraps.

28 of the Most Embarrassing Childhood Photos Ever

Whether you care to admit it or not, it’s a fact of life that we all have those painfully-awkward pictures from the past. You probably have it kept somewhere safe so your friends wouldn’t be able to see it. Let’s face it - you won’t even dare share those on Throwback Thursdays!

Well a few bold souls recently heeded an online challenge to share their most embarrassing childhood photos and the results have been pretty hilarious.

Compiled by BoredPanda, these funny photographs show us everything from awkward outfits to bad hair days. Scroll down below and see for yourself.

When you leave your kids for more than five minutes…a recipe for disaster.

Children are innately spontaneous. They can be sneaky at times too. When you have kids at home, your life will never be the same again - you need to be alert 24/7 because when you leave them for just five minutes, you might get back with a messed up house.

Children are also innately funny. They can surprise you with their hilarious antics that will make you want to get mad at them but at the same time, become amused by their imagination and cute ways to get out of trouble.

So, without further ado, here are 15 funny (and disastrous) photos showing that you should never leave your kids for more than five minutes or else...

No babysitter? Bring the date night to you.

Parents out there would totally agree that sneaking out for date night is not as easy as it seems, especially when you can't find any babysitter to look out for the kids.

A dad recently made headlines for throwing the ultimate and most romantic date night for his wife, even without hiring a babysitter. How did he do it?

She wants to go out for a date night...