Portraits are just among the many mediums artists use to express their art. They use them as vessels to convey a message or discuss a topic. Apparently though, an art is only as effective as the materials used to form or conceive it. And most certainly, Bruce Mackley understands that.

Unlike many other artists or painters, Mackley uses a very different kind of medium – screws, that is. His famous piece, called the “Descent,” is totally stunning and is made up of 20,000 framing and decking screws, all of which have been meticulously installed into a pine board. And for the art to be achieved, the screws have been planted in varying depths.

Others call it half painting, but to some it’s half sculpture. Regardless, it can’t be denied that Mackley’s art features harmony, balance, and even chaos. And since it requires a great amount of patience and talent, the medium is certainly “tedious and challenging.”

It offers a fantastic level of undoing and redoing.”

So, without further ado, we give you “Descent.” Check it out! 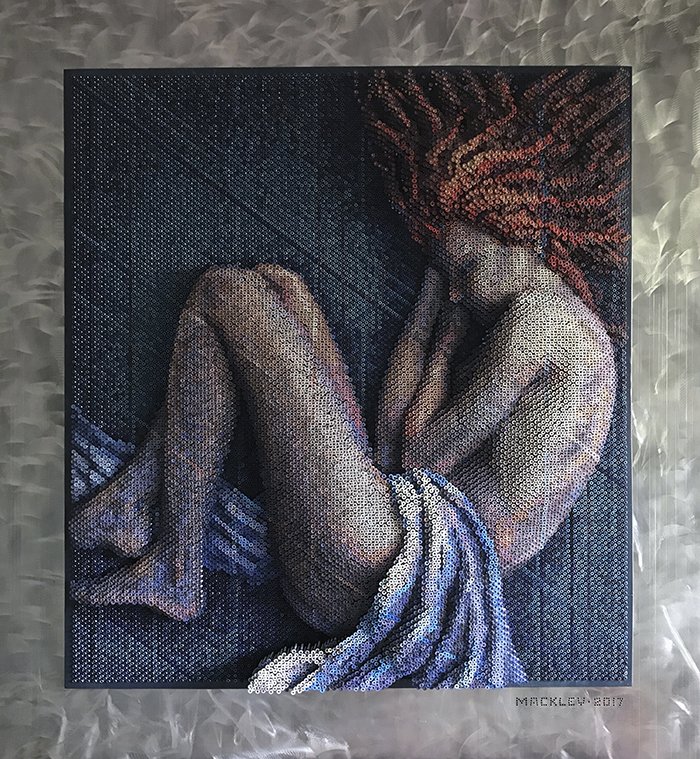 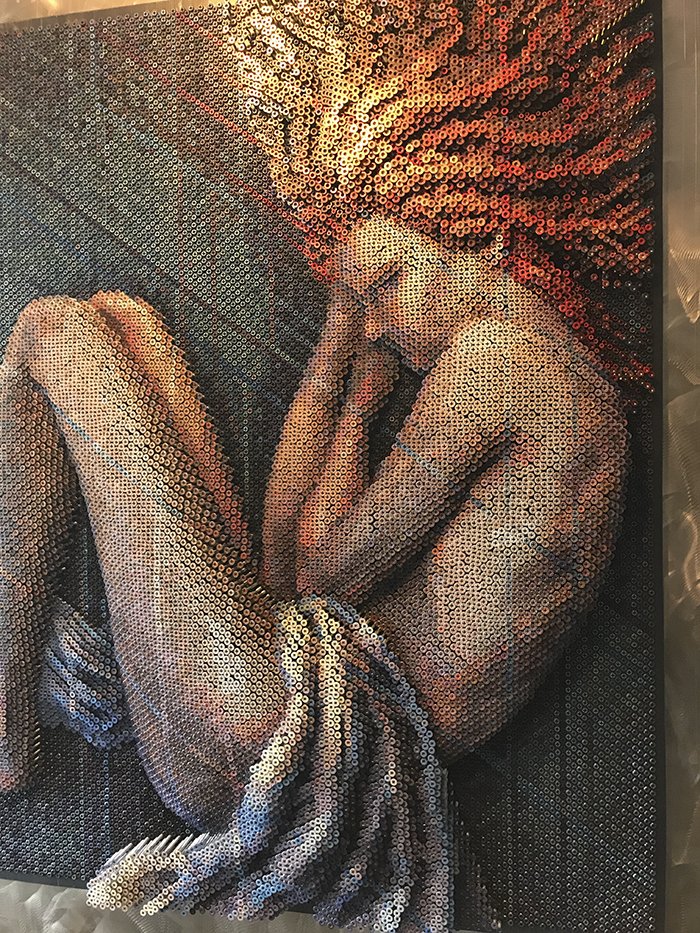 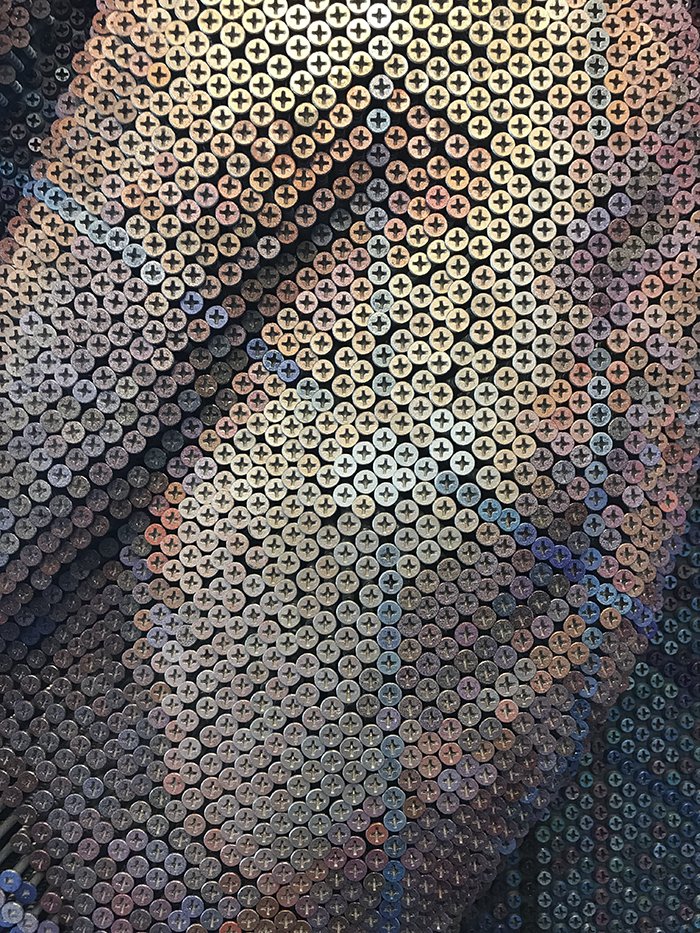 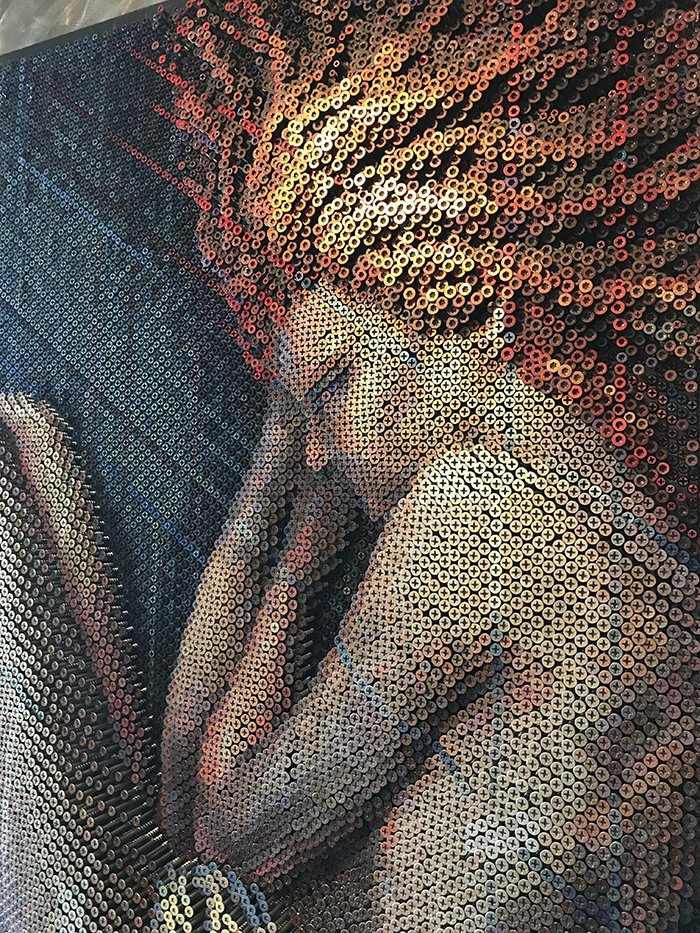 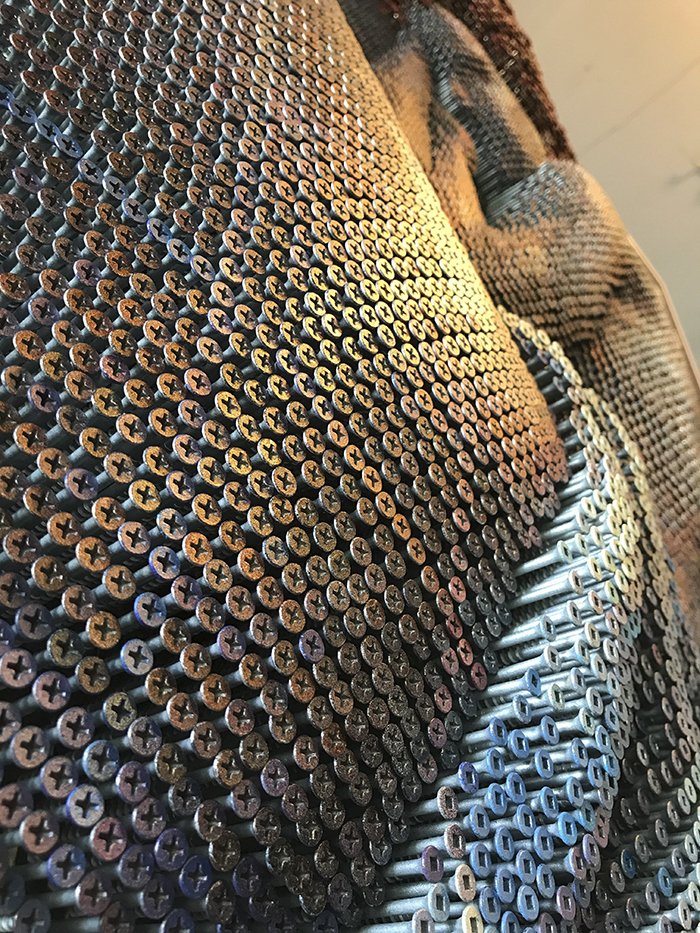 Mackley admits that he spent hundreds of hours rigorously working on “Descent.” After all, he had to adjust and readjust the screws just to obtain the desired effect or form. Judging by the masterpiece’s look, there’s no doubt that patience and eagle-eye focus are required. 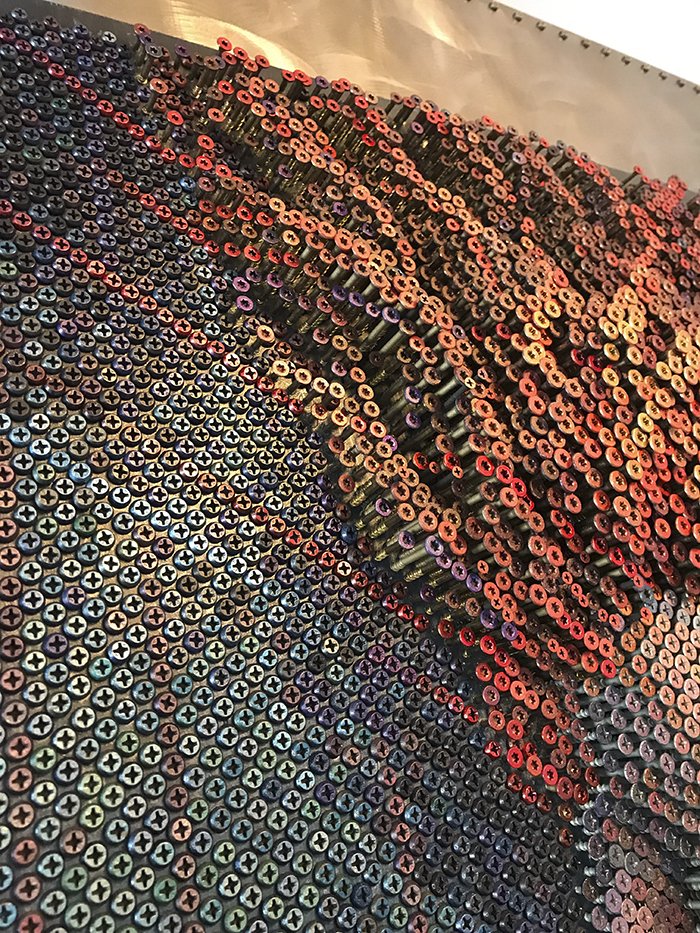 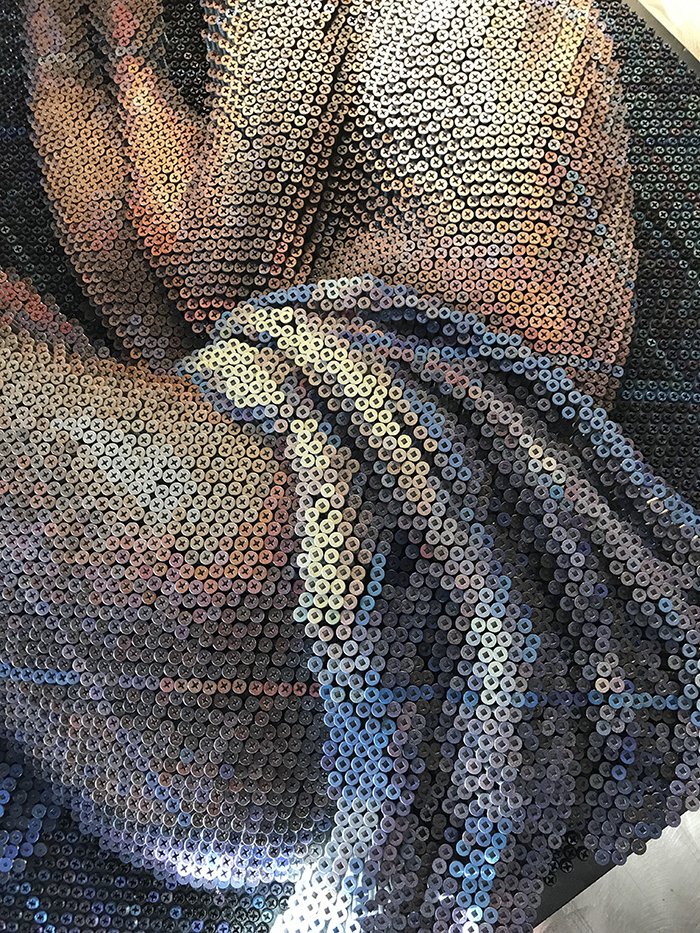 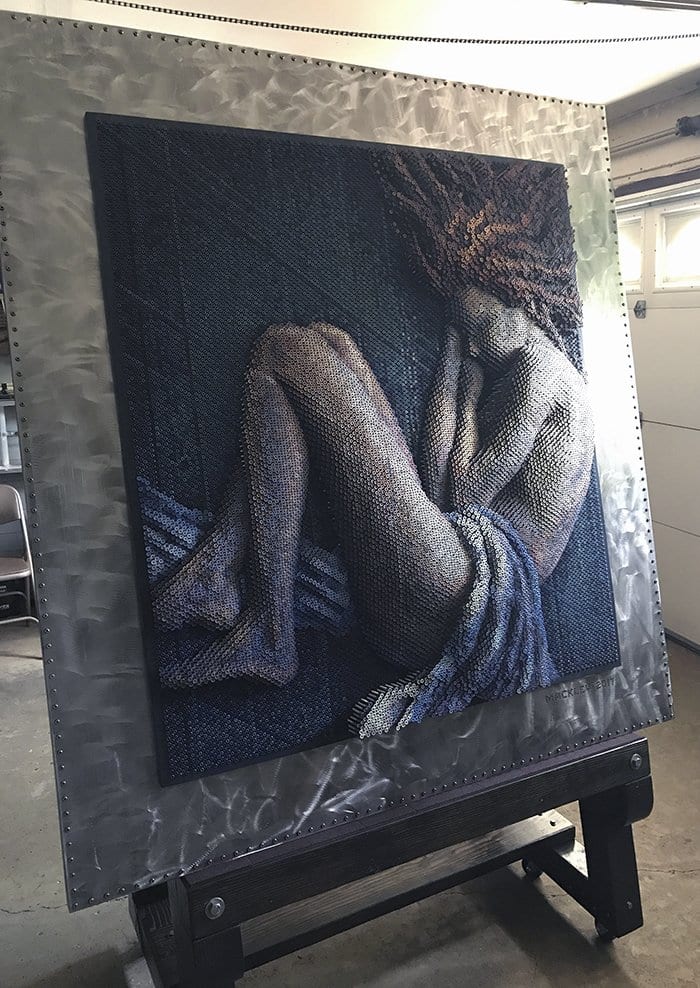 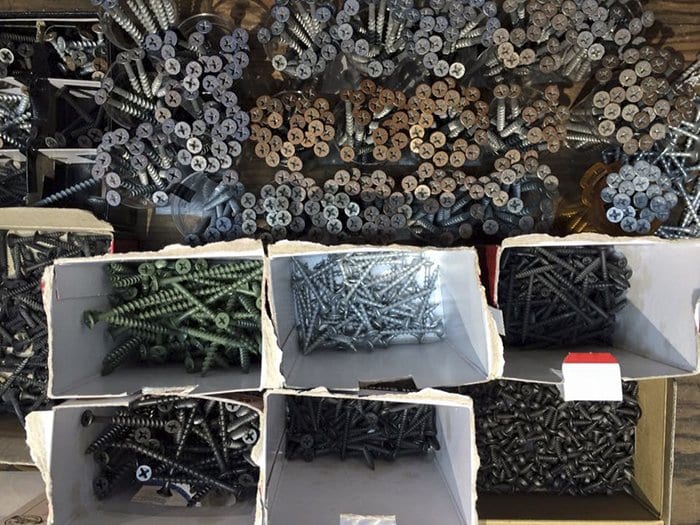 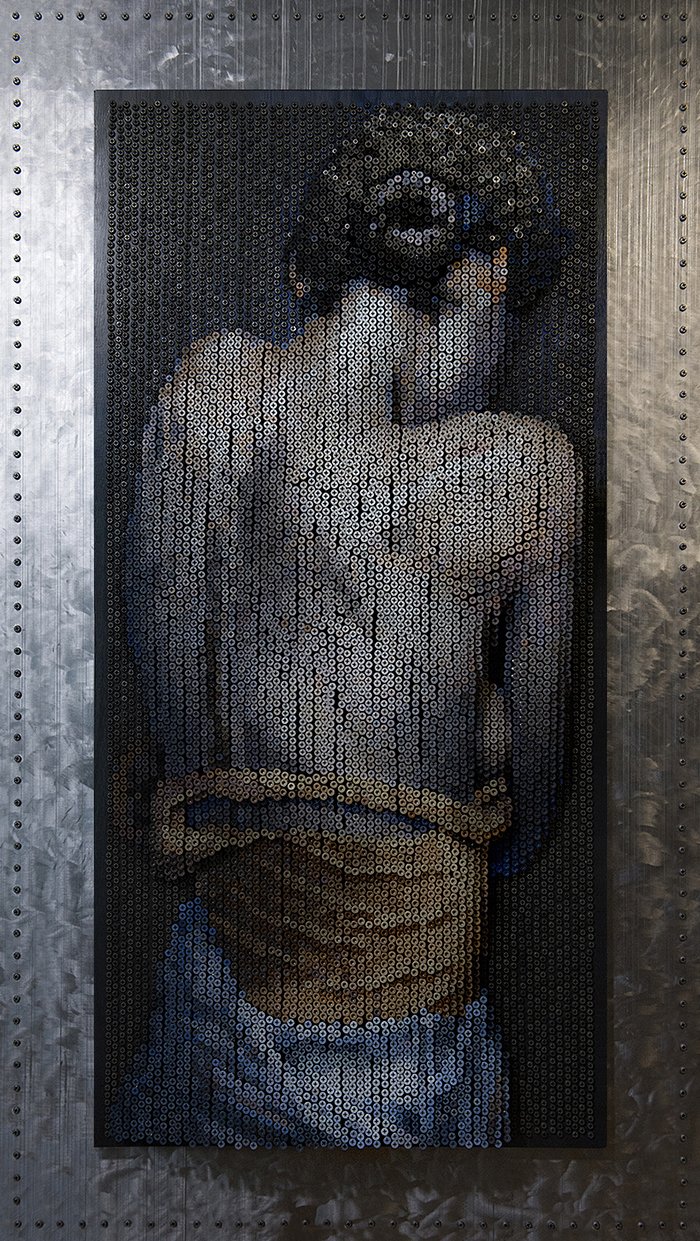 The industrial mosaic weighs around 350lbs and stands at seven feet tall, making it quite difficult to transport. According to BoredPanda, Mackley specifically created a trolley just to move the art from one place to another.

This is what he said about the reaction from the audience after seeing the art for the first time:

My favorite part of the whole thing was some of the couples where the guy was just tagging along, probably wishing he were out golfing instead. They’d walk up, discover what it was made from… then, bang… they could identify with the art. It really affected some guys in the trades. Super cool.” 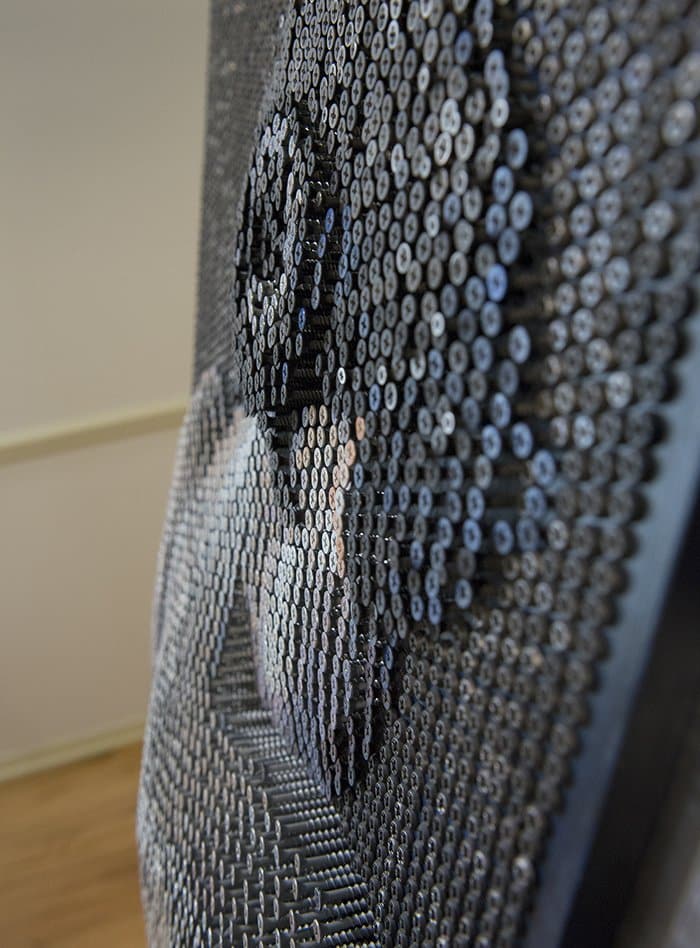 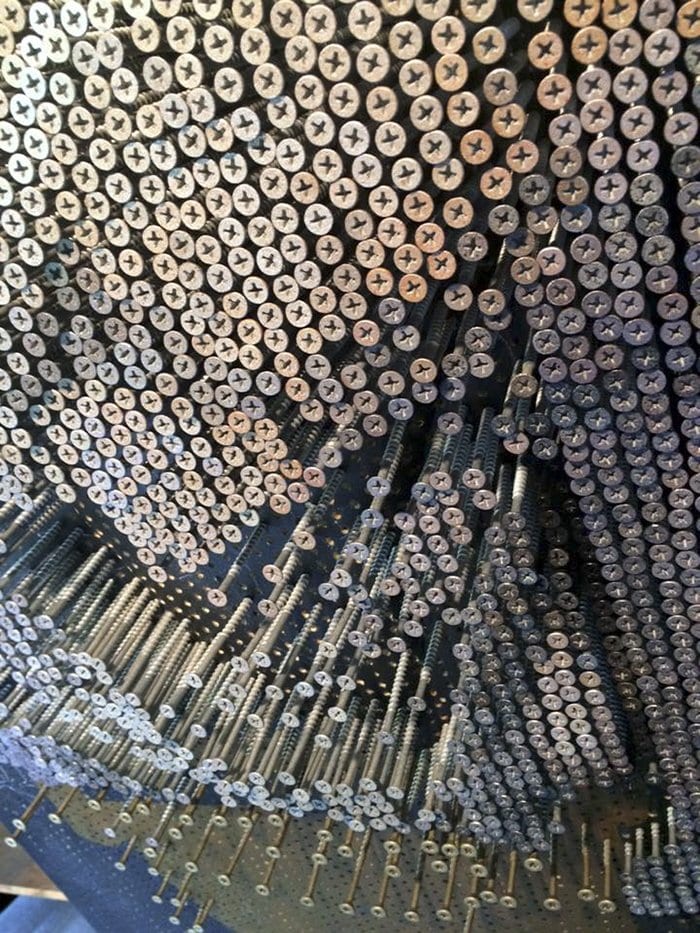 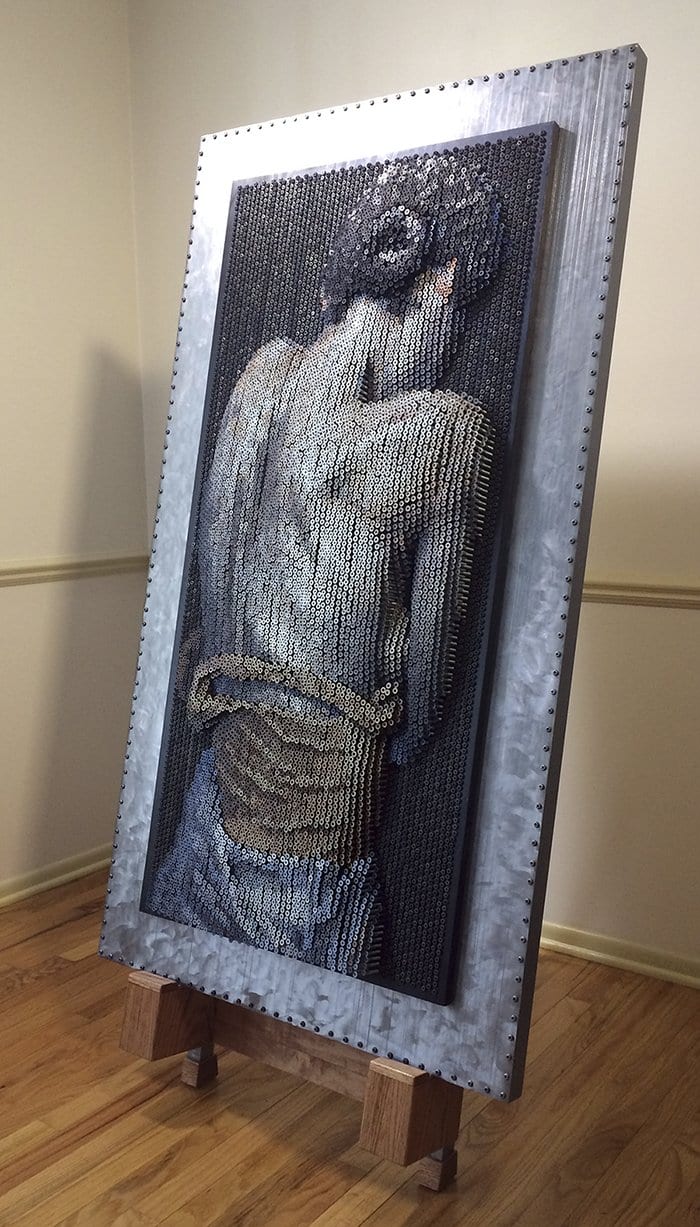 Mackley further explains that touching the piece is highly encouraged, especially for the blind. Doing so simply creates a mental picture just by utilizing the tactile senses.

What do you think about “Descent?” Be sure to let us know in the comments below!