This invitation took the internet by storm. The public was torn whether they should side with the bride or her parents, especially because they did not know the real story behind the post. However, it was clear that if this was a genuine wedding invitation, it had a very bitter back story.

Many doubt the authenticity of the cruel invitation, saying no real person would ever make such a scathing prose or have the guts to really send it to the intended recipients.

When it first came out, the supposed back story was that of a bride who has had a falling out with her parents even while she was young. Over the years, they have not reconciled yet the parents now want to be invited to her wedding. Thus, she made the scathing invitation.

Is this the weirdest wedding invitation ever? 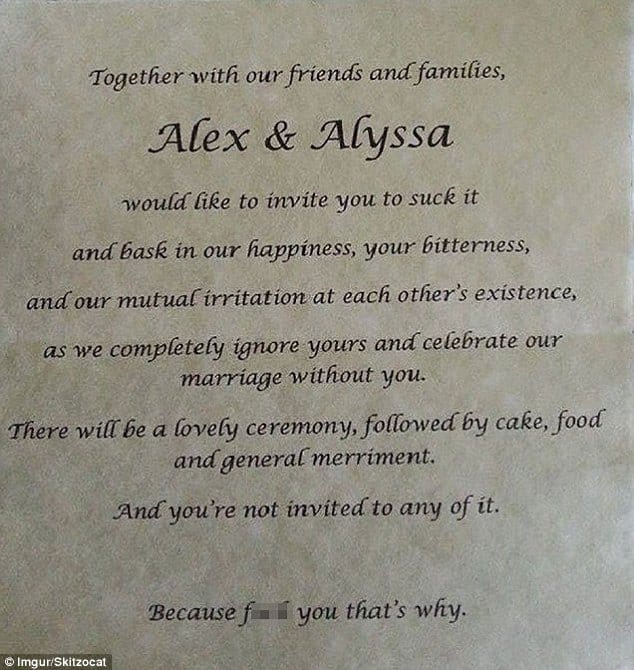 The story went viral and amazingly the bride came out, admitting it really was her who created the invitation but she did not expect it would go viral. Her name is Alyssa Pearce and she married Alex last year. They are from Adelaide, Australia.

Alyssa and Alex got married in a geek-themed wedding 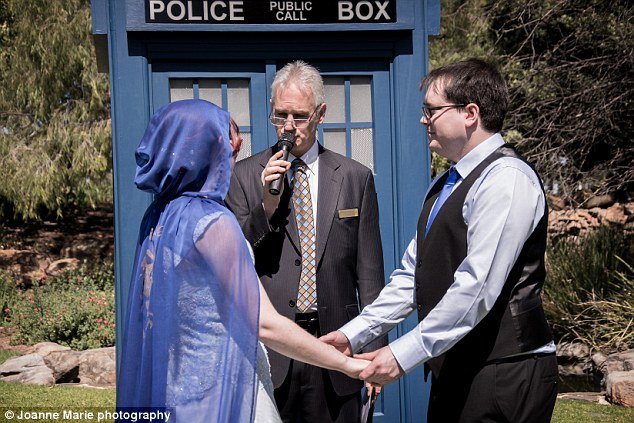 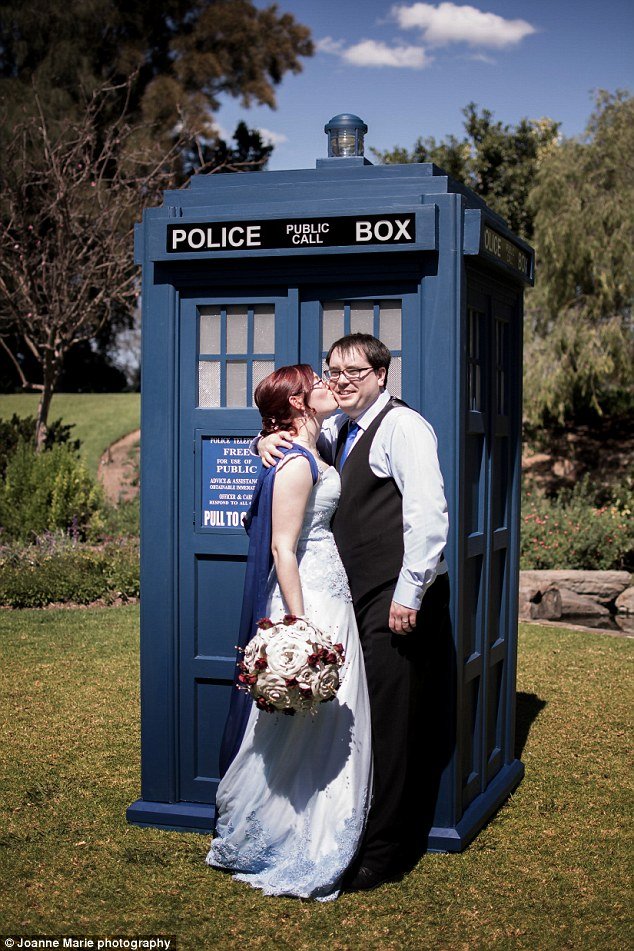 PhD student Alyssa revealed she ran away from home at age 16 and lived with her grandparents for a while. The grandparents were the ones who pushed her to make peace with her parents but still hurt over what happened between them, Alyssa said she could not forgive them, let alone invite them to her wedding. 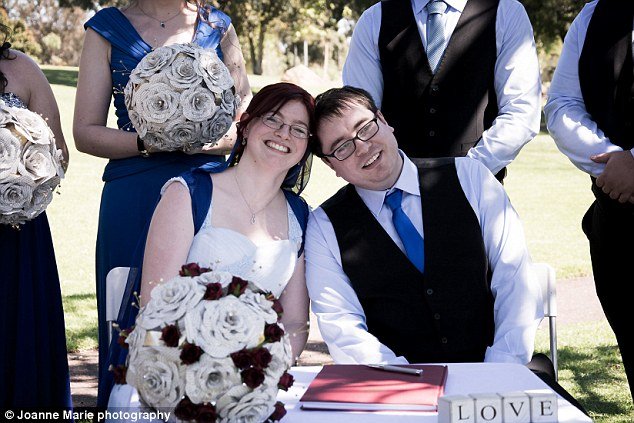 Alyssa and Alex got married in a geek-themed wedding 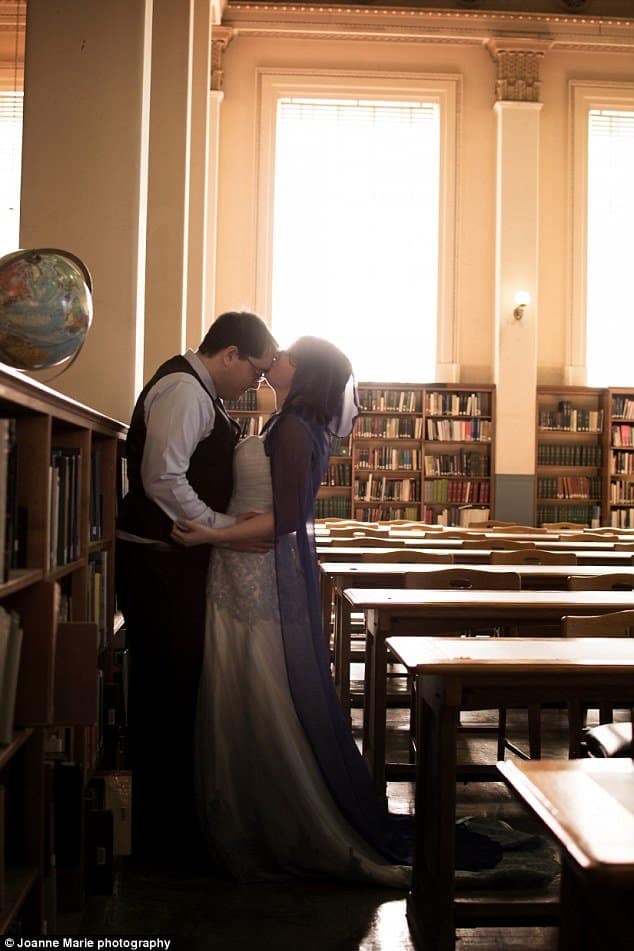 She knows it was childish of her to do it but she just “snapped”. After months of feeling like she was being bullied into sending them an invitation, one day she was too angry to suppress her feelings. She searched for the best calligraphy font, wrote the “invitation” and printed it on parchment paper, then placed it inside a matching envelope and posted it to her parents before she could change her mind.

The newlyweds enjoying their honeymoon in Thailand 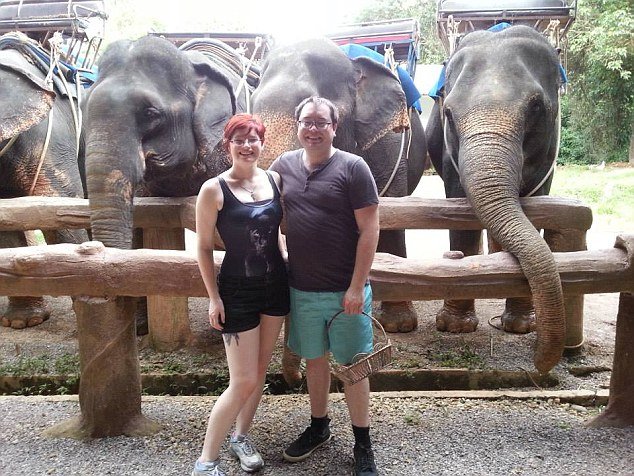 The newlyweds enjoying their honeymoon in Thailand 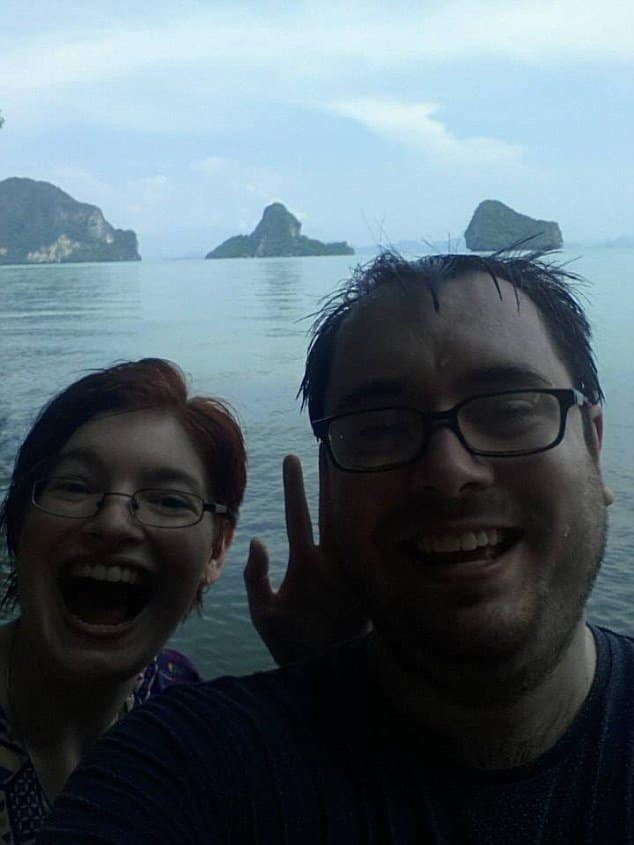 Her parents’ response? Well, they were definitely not happy about it and told her grandparents their relationship is now irreconcilable. Her dad also vowed to take a court order against her so as to protect his family. Alyssa just laughs at how she has been made an outcast for good.