We don’t need the members of the Avengers or Justice League to see heroes doing the unfathomable to save lives. In the real world, we see brave men and women who put their lives at risk just to make sure that we are safe. We have doctors, policemen, and firefighters whose lives are on the line to ensure the well-being of people within their area.

Just last October, California turned into a hell here on Earth with a series of treacherous wildfires devastating the state. The state recorded a total of 17 fires which broke out in Napa, Lake, Sonoma, Mendocino, Butte, and Solano. The Tubbs Fire, in particular, even broke records as it was named the most destructive wildfire in California history. Fortunate enough though, the state saw its bravest officers who, without second thoughts, saved several lives trapped in the flames.

A terrifying wildfire evacuation was captured by an officer’s body camera. 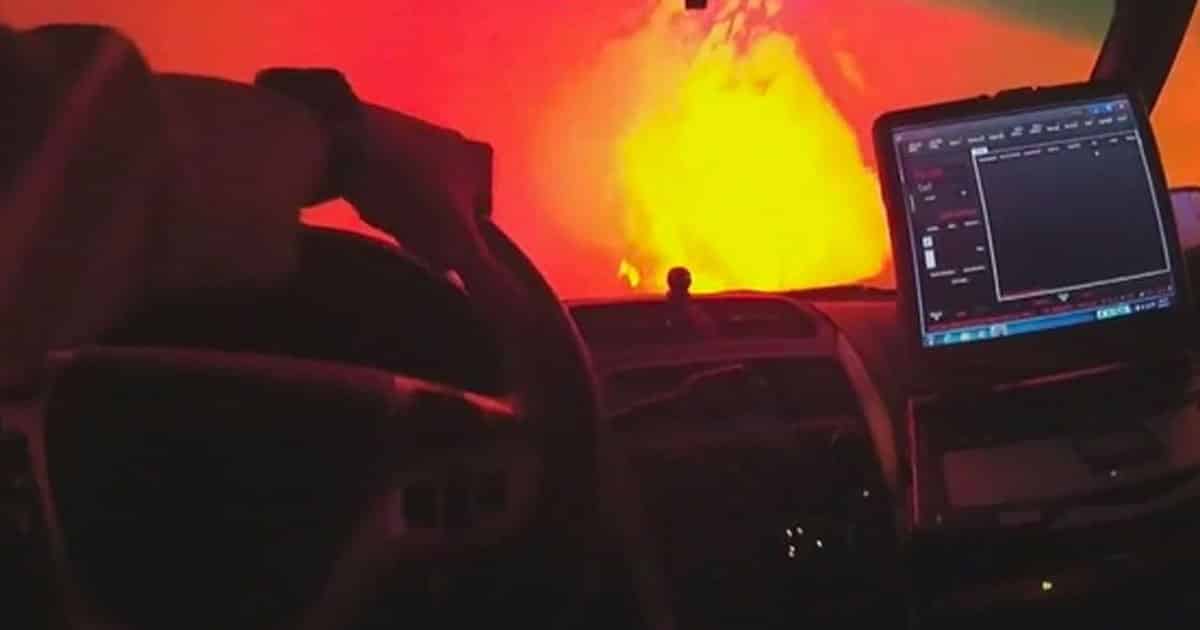 During a press conference held on October 13, the Sonoma County Sheriff Department revealed to the public a body cam footage showing officers bravely responding to the blazing wreck as they go door-to-door to evacuate victims. In the video, Sgt. Brandon Cutting can be seen driving through the flames to rescue a disabled woman. It quickly went viral for the shocking way he responded to the emergency despite the fire‘s depth of destruction.

The video runs for 56 seconds. The footage begins with Officer Cutting, flashing his torch through the smoke as he races towards his vehicle. The video then shifts to the 13-year veteran of the force already inside the car, attempting to navigate his way through the flames, smoke, and debris. He can be heard pleading, “Please don’t hit me,” while yanking to avoid obstacles.

With light from a flashlight as his only guide, an officer sprints into the dark and through the flames to save victims trapped in their homes. 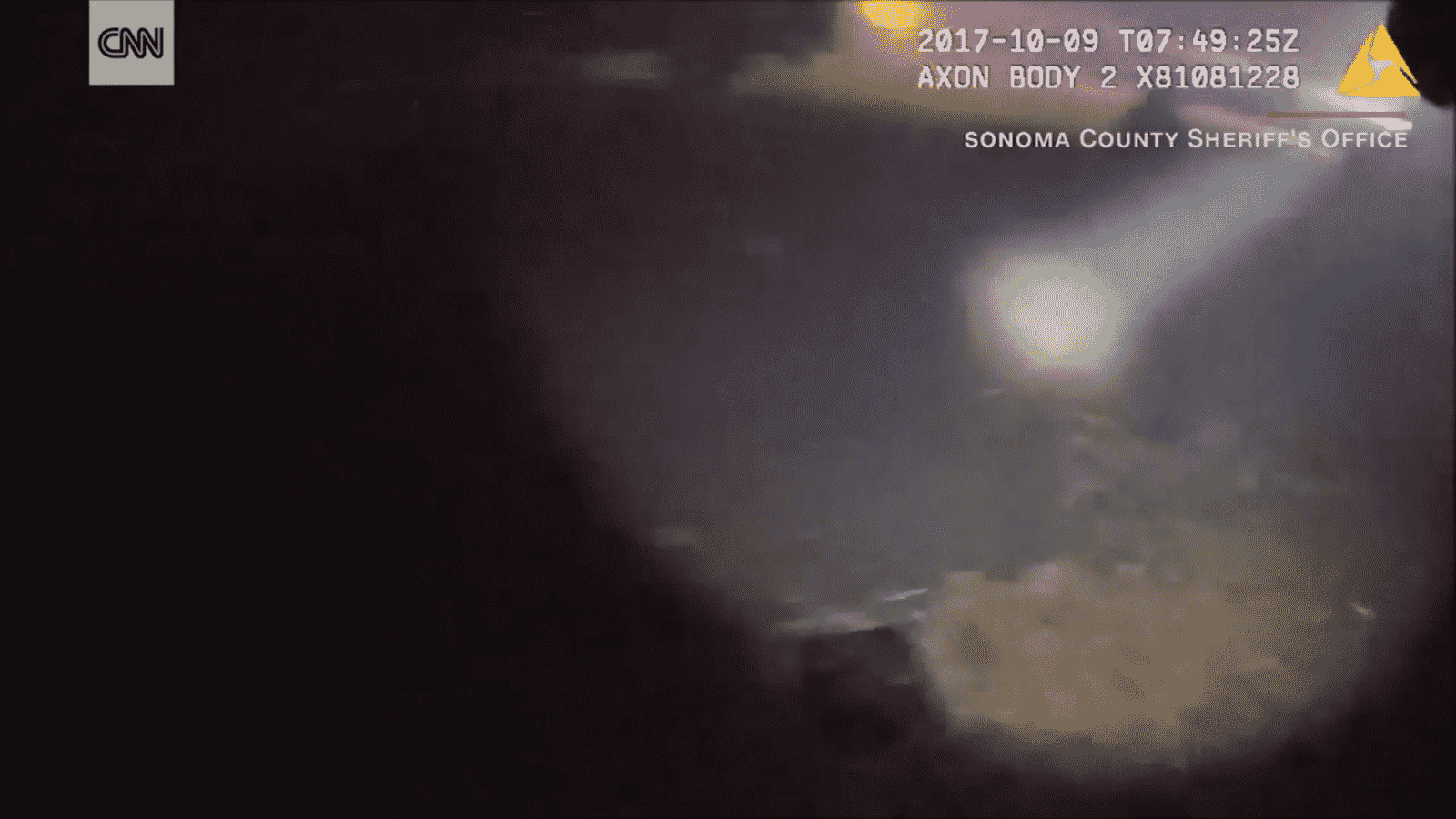 A few moments more into the video, the scene changes again with the officer pulling into a residential driveway and exits his mobile. Cutting then rushes up the stairs of the house, running through the porch and making his way to the front door.

He announces his presence shouting, “Sheriff’s Office!” and then bangs on the door heavily, looking for people who may still be around. The video then shifts, showing officers in an outside area. The smoke makes it hard to see what’s happening but someone can be heard telling someone to ignore the shoe they lost and that it’s time to get out of the property.

The officers later found a disabled woman they had to carry out from her burning house. 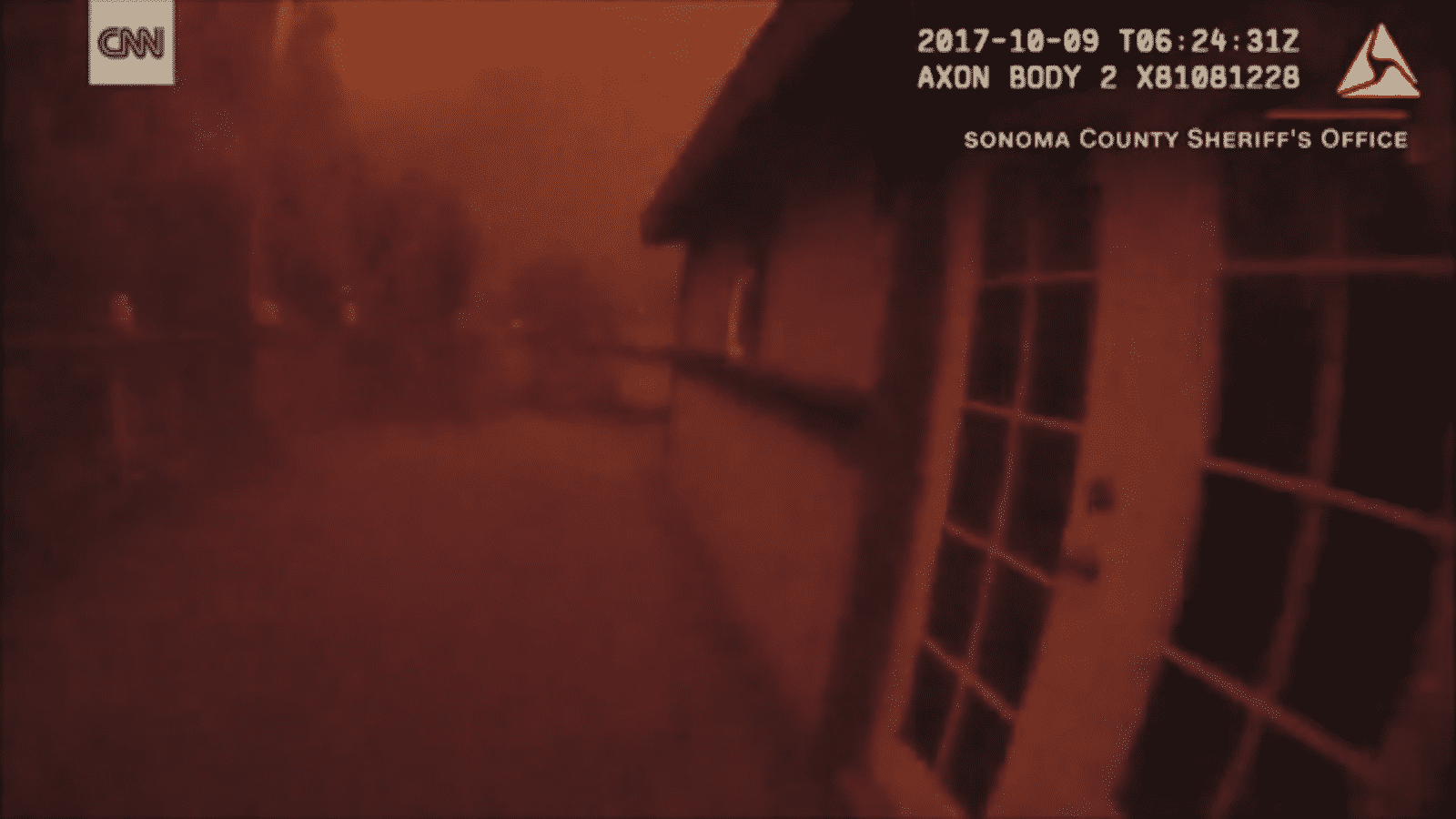 Another officer can then be heard announcing that one of the victims is a disabled woman. One of them then quickly rushes to the woman yelling, “Let me get her feet, let me get her feet. Her husband’s right behind you.”

The story of bravery was posted on the Sonoma Sheriff Facebook page, writing:

“While it’s only one deputy’s video, it is representative of all the deputies who helped evacuate people that night.”

“I think [the video] really tells the story of how dangerous and how difficult the event was. It’s absolutely human, and it’s very real and very honest and transparent.”

The act of bravery was recognized during a presscon where people saw how the heroes of the California’s biggest wildfire risked their lives to save victims. 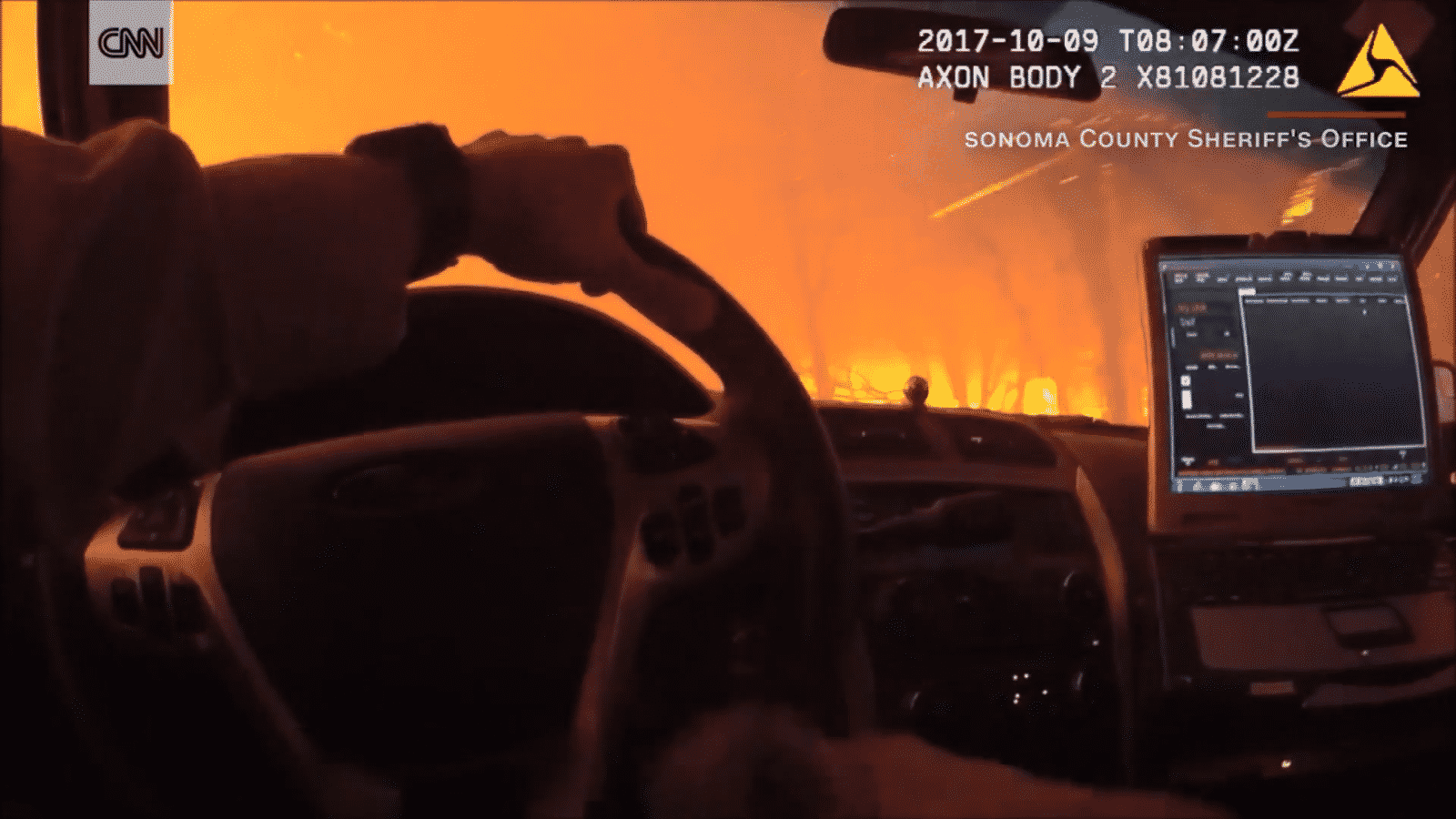 These kinds of huge fire can be difficult to suppress and take thousands of lives in just a few moments. But thanks to these alert, brave, selfless and courageous California firefighters and officers, many people were saved from the blazing fires that hit California.