It looks like Japan never runs out of strange stuff to show the world particularly  in television programs.

This time, a Japanese TV show opted to showcase a ridiculous stunt involving a very angry grizzly bear  called Dakota and a woman inside a Plexiglas cube.

The disturbing footage, which is believed to be a leaked preview of the Japanese primetime TV show Sekai No Hate Made ItteQ! (Riddles at the Ends of the Earth!), shows a woman inside a glass box being tossed and pushed around by a huge grizzly bear. The 14-second video clip is apparently a segment from the game called Predator Shield. We have no idea what happened next but the title of the game itself pretty much gives us an idea of what to expect. 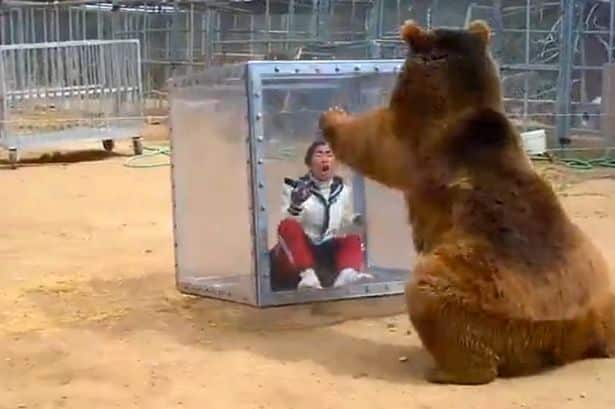 What’s even more bothering is that the horrified woman managed to film the whole thing as the predator attempts to wreck her cage. 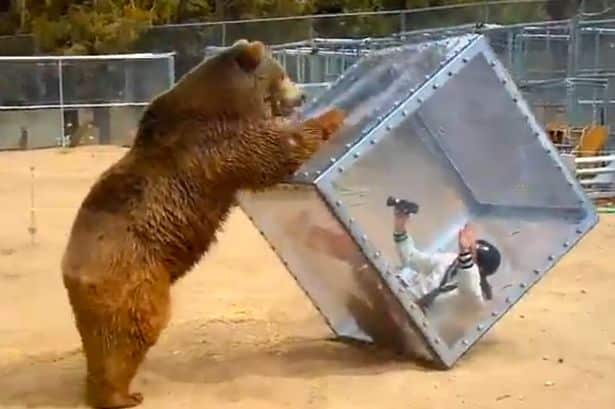 Needless to say, Japanese people are pretty much willing to do everything all in the name of entertainment.

Watch the petrifying video below.