I love, LOVE animals so whenever I see or read stories of animals being abused or abandoned, it really destroys my day. Of course, whenever I read about animals being rescued and given the chance to have forever homes, it really warms my heart. This is one of those stories.

Bret Winingar was riding his motorcycle with his son Zach on a warm, sunny day. As they passed a field, they saw something unusual on the side of the road – an abandoned pet carrier. Father and his son decided to step off their bikes and check it out.

It was a good thing they did so, because what they saw inside filled them with shock and horror.

The animal carrier they spotted looked like it had been there for quite some time. 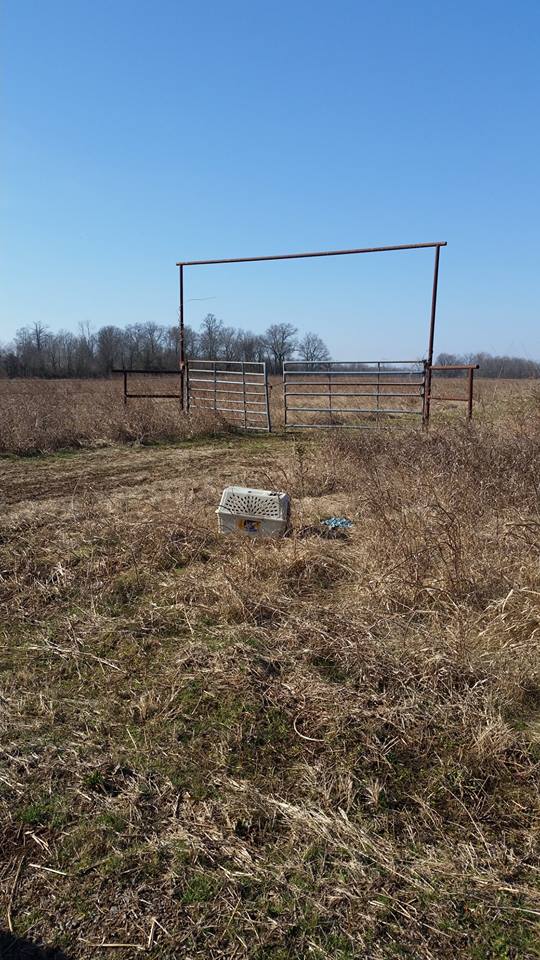 The hole in the crate means something was desperately trying to chew its way out. 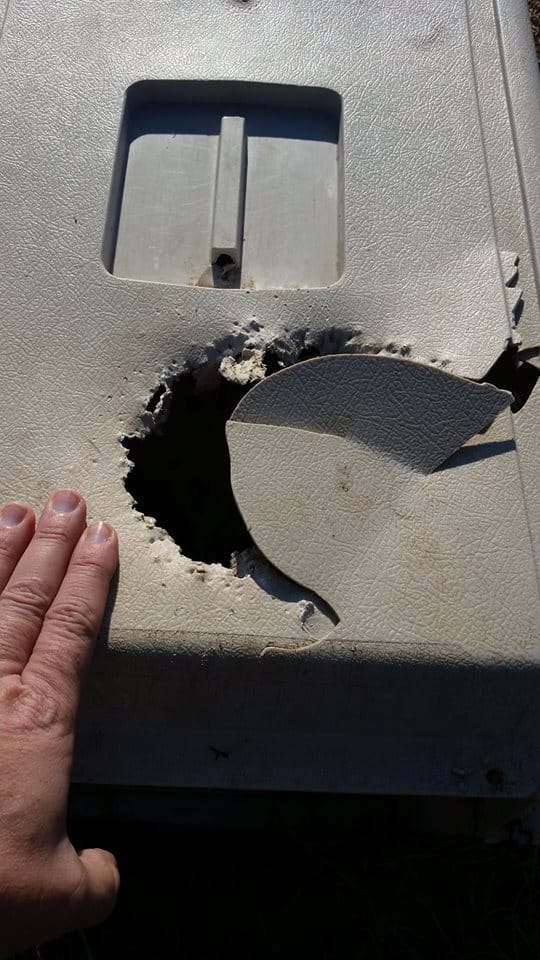 When they unlocked the crate, there was a little dog covered in waste, scared and emaciated. Hunched over from being stuck in a tiny space for a very long time. 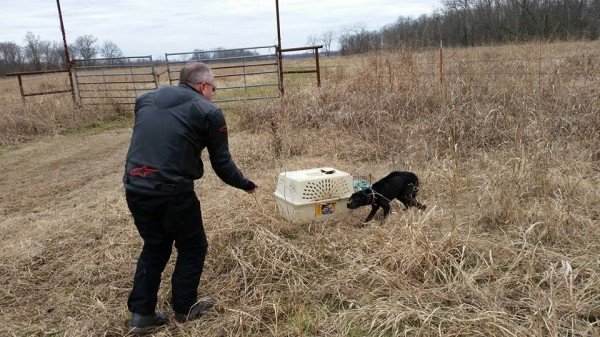 Father and son drove off to get some food for the poor dog, which she excitedly woofed down. 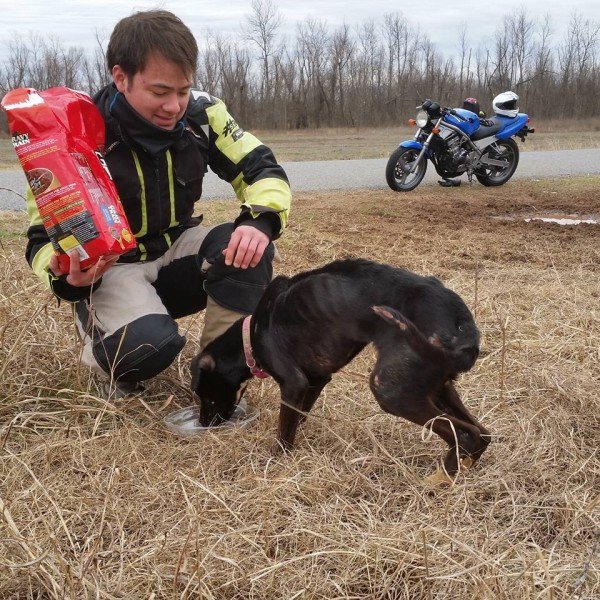