What will you do for $20,000? Are you willing to risk your life for that amount of cash? Apparently, some people will do it, just like Slovenian mountain biker Primož Ravnik. This daredevil/adrenaline junkie strapped his GoPro camera on his helmet and rode down a 200-foot dam in Moste, Zirovnica in Slovenia.

This stunt is the biker’s entry for the GoPro Line of the World contest, with a $20,000 grand prize up for grabs. Ravnik, who’s been biking since he was two, is a cross-country and downhill biker. He honed his biking skills in a bike park near Vogel. He likes biking in unconventional environments, thus the nature of his stunt. His video has been watched more than 4.5 million times since it was first posted on September 2, 2015. 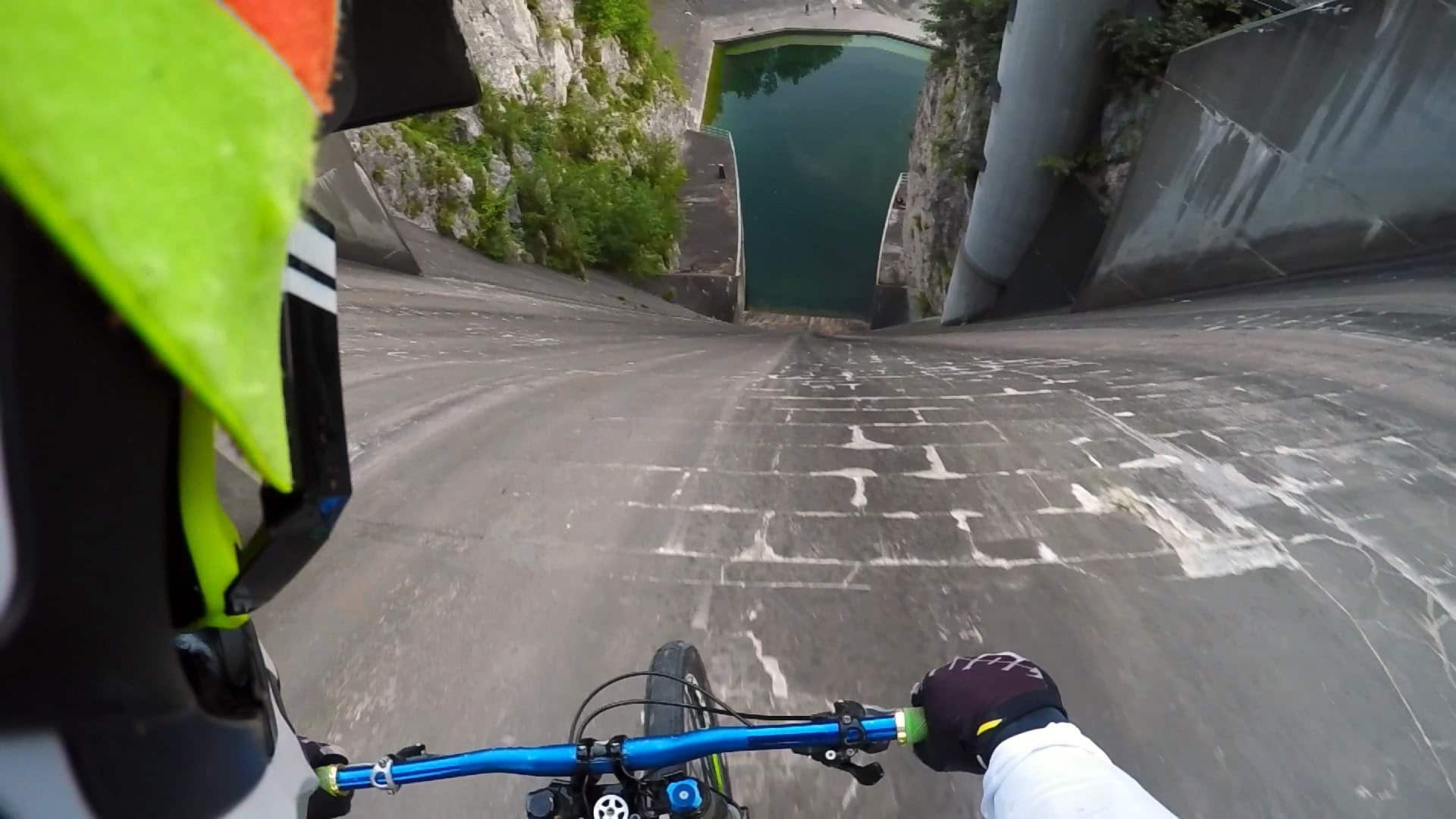 This insane video shows Ravnik being lowered onto the dam and then riding his bike down the near vertical slope. You can only imagine the impact he made as he splashed into the water.

Here’s a closer look at his descent.

Don’t try this at home, kids.