Its seldom you actually see this type of occurrence in the wild. In fact, it can be very rare, particularly when it comes to the survival of the fittest. But an exceedingly strange encounter took place between predator and prey, and the unexpected outcome surprised everyone who witnessed it.

A one-week-old bison lost its mother during a river crossing at the Yellowstone National Park in Wyoming. It proved to be a trying time for the young bovine who never experienced separation from his protective parent. 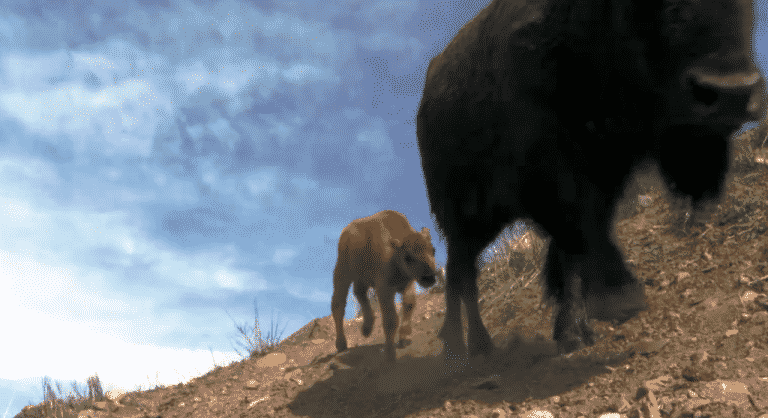 In the wild, predators single out the weakest of its prey for food. Carnivores stalk the old, the weak, the sick, and the very young that lag behind the herd.

This baby bison was no exception. Left behind during a river crossing, the current overwhelmed him and carried the tired, chilled youngster to the shallows.

Even as the little one survived nightfall without his mother, he immediately became a prime target for food.

Shivering, alone, and left to fend for himself. 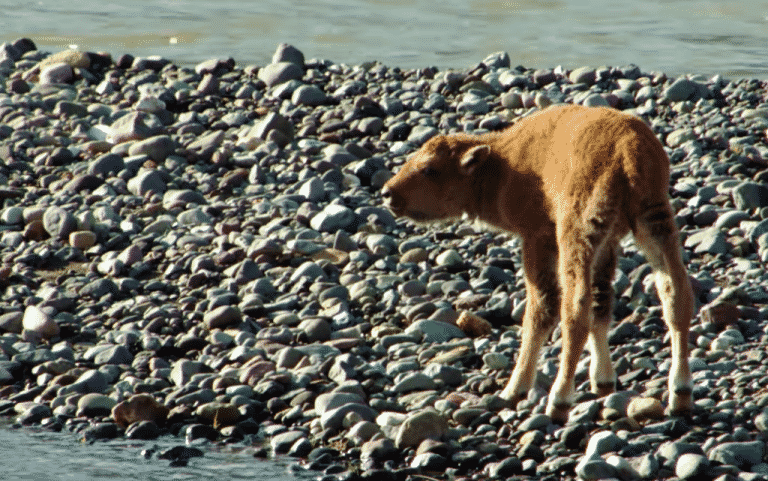 And along came danger on furry, padded feet…

Smelling game, a ravenous wolf closed in for the kill. 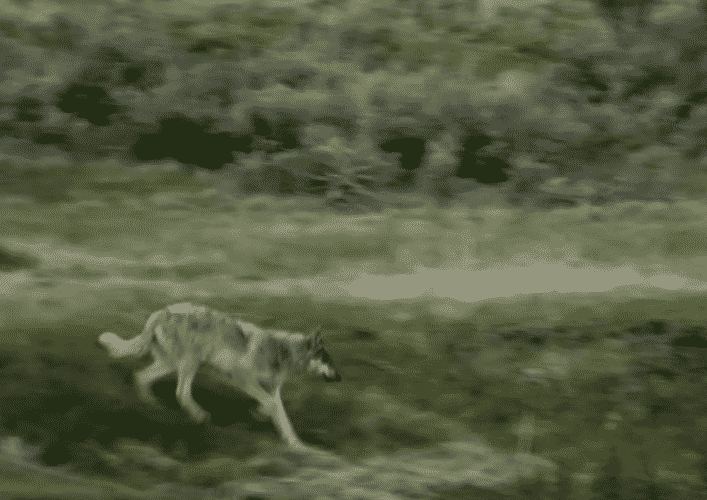 The wolf leaped for the neck, grabbing on with rows of sharp teeth.

But a strange thing happened as the wolf tried to pull the bison calf down. He didn’t come quietly at all. It seemed the baby’s harrowing ordeal with the river left him stronger and more stubborn.

“I survived drowning and icy temperatures. I can survive a few sharp teeth” 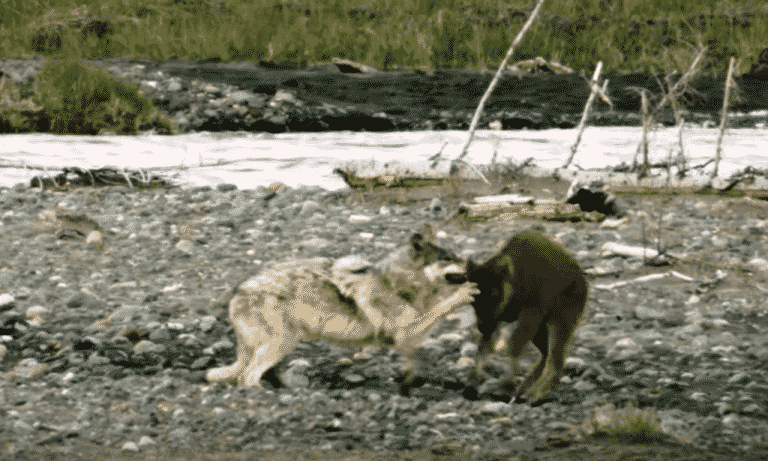 The calf struggled to hold his own when suddenly help arrived from an unexpected place.

Having tracked her calf’s journey downstream, mother bison bellowed from afar. Her rage startled the wolf and appeared to give the baby bison courage.

It was a shocking twist to the predator-eats-prey scenario: 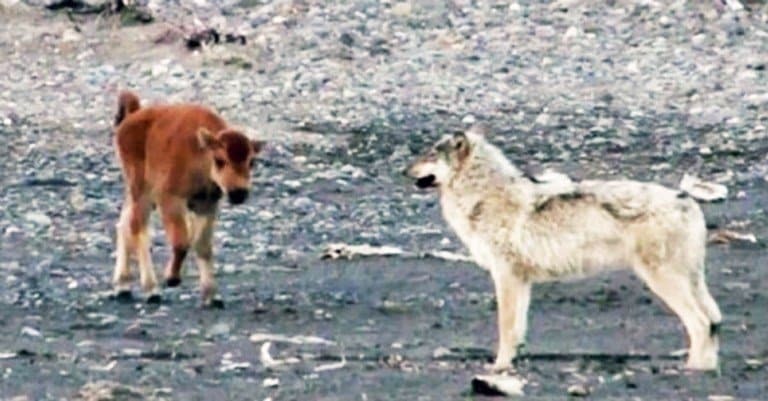 The young bison drove the wolf away until his mother came close enough to the rescue. The intimidated wolf was thwarted, and the prey won the day.

Take a look at the unbelievable footage of the wildlife drama: