“Someone once said “Go out and transform the world”. I took it literally”

Creative and talented photographer Rich McCor just not simply take shots of famous landmarks and monuments. He transforms them into works of art like you have never seen them before.

McCor adds his own twist to every famous place he visits. He adds cut-outs to his photos to give it a whole new look. Photographs he took are posted in his Instagram account where he nearly has 200,000 followers, including him on the list as one of the fastest growing profiles in the United Kingdom. 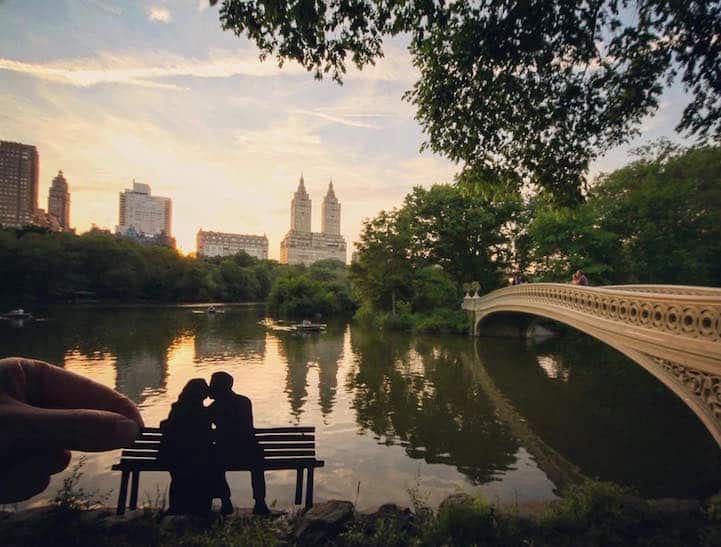 He adds a silhouette of a couple at a bench in Central Park.

Travelling and photography is his passion and in which he says that he is fortunate enough to turn them into his career.It all started out for fun as he cut out a strip of black paper and puts holes to make it look like the clock face of Big Ben is a strap-on watch. He posted it in his Instagram for his family and friends at the time, never expecting it would make him a hit. 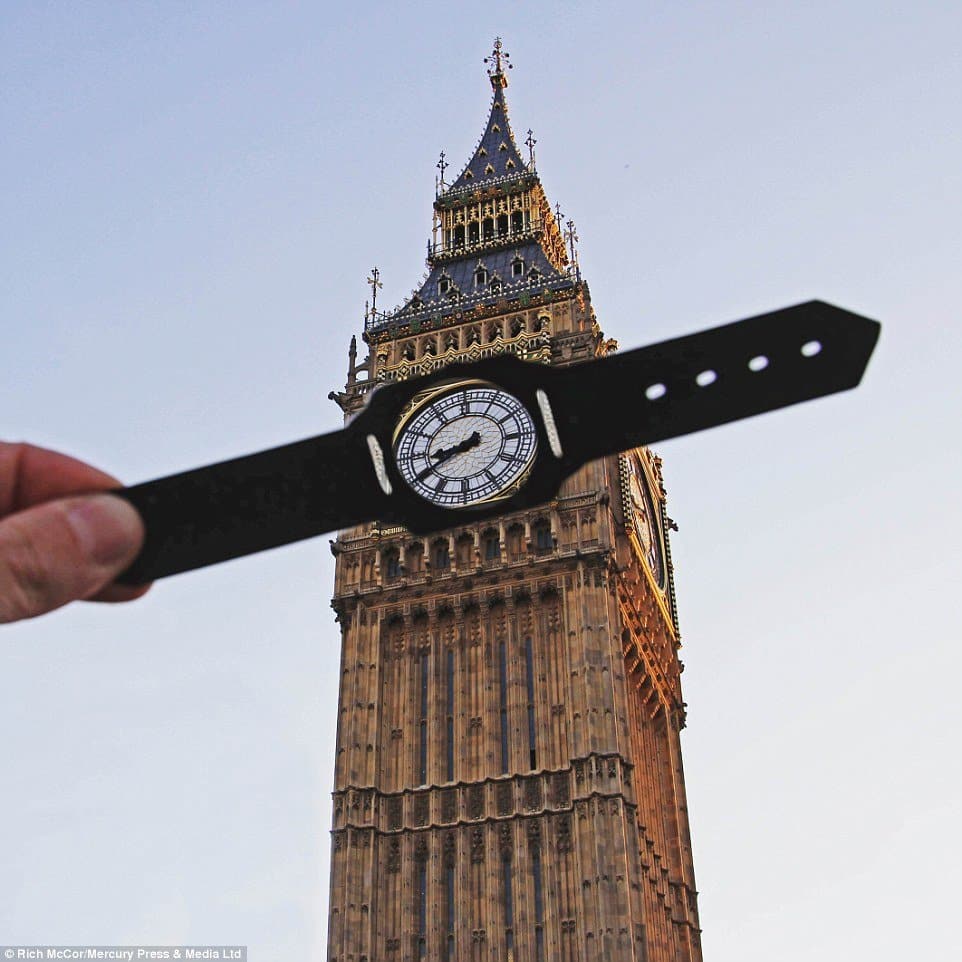 It is all out of his clever sense of humor and inexplicably creative mind. He creates and shows a whole new perspective to places that people have been in a couple dozen times already.

He makes his dreams come true while at the same time inspiring and entertaining others with black paper and scissors, one place at a time. 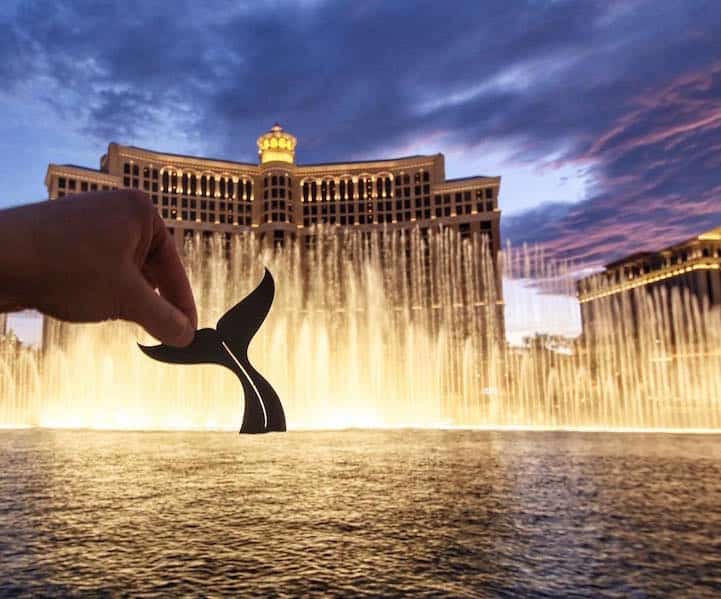 A whale splashing by the fountains at the Bellagio Hotel. 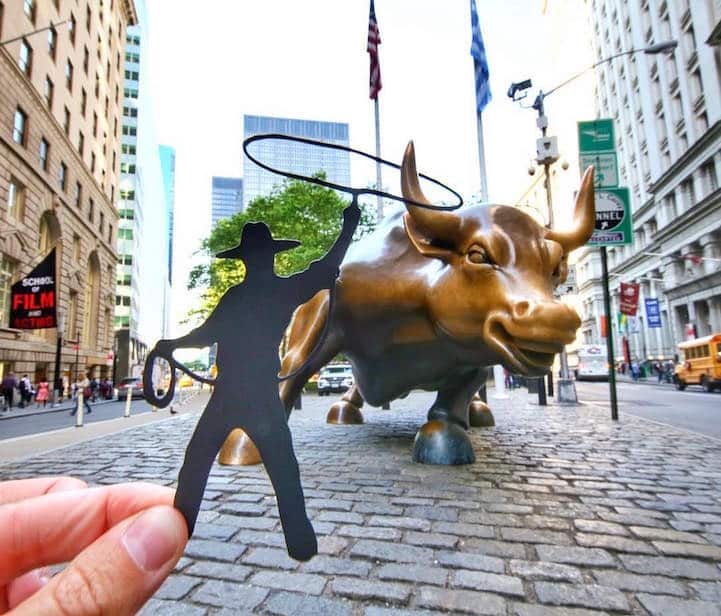 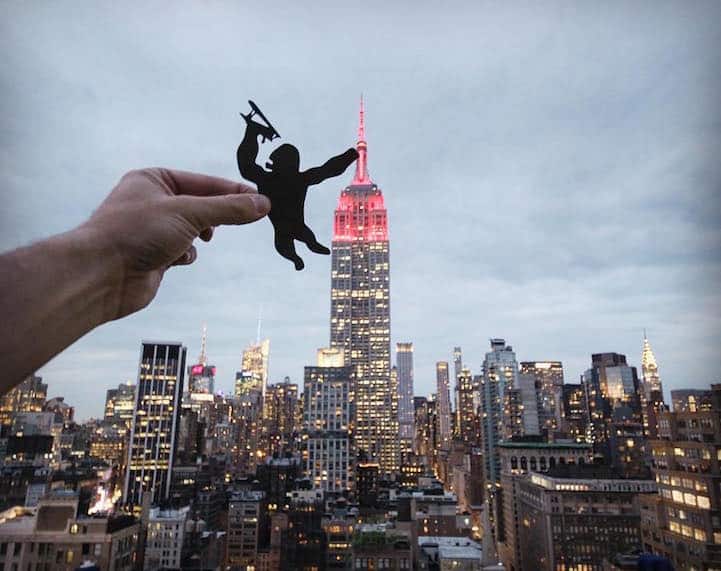 The Mighty Kong on top of the Empire State Building. 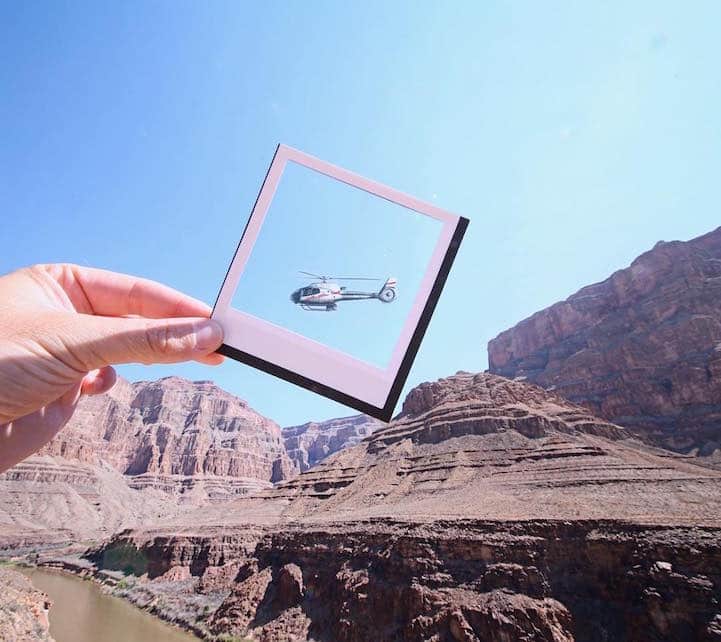 He adds a polaroid frame to a helicopter at the Grand Canyon. 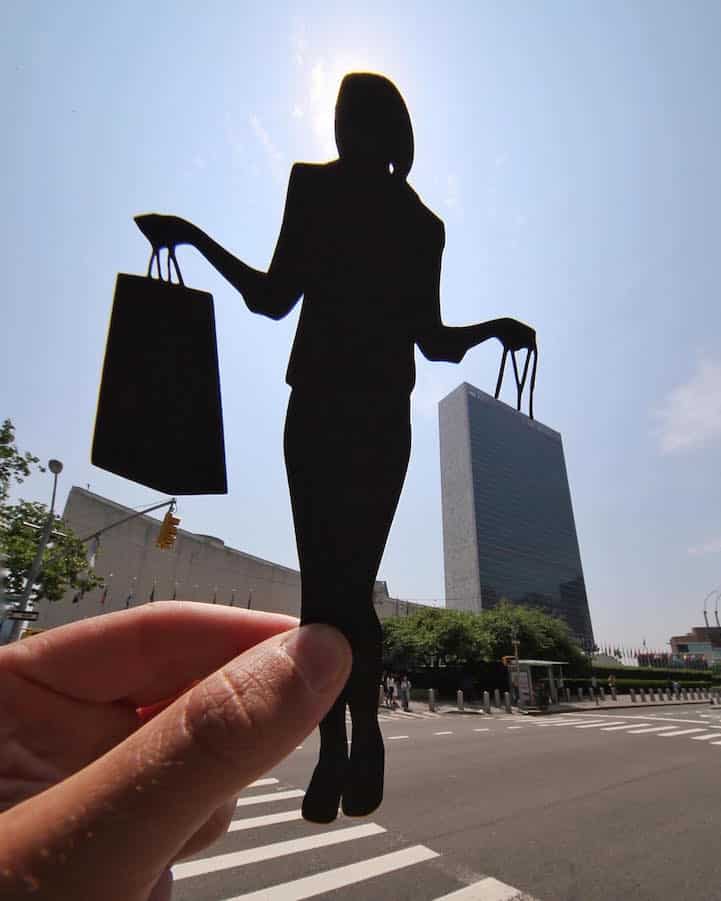 A shopping bag is made out of the UN Headquarters. 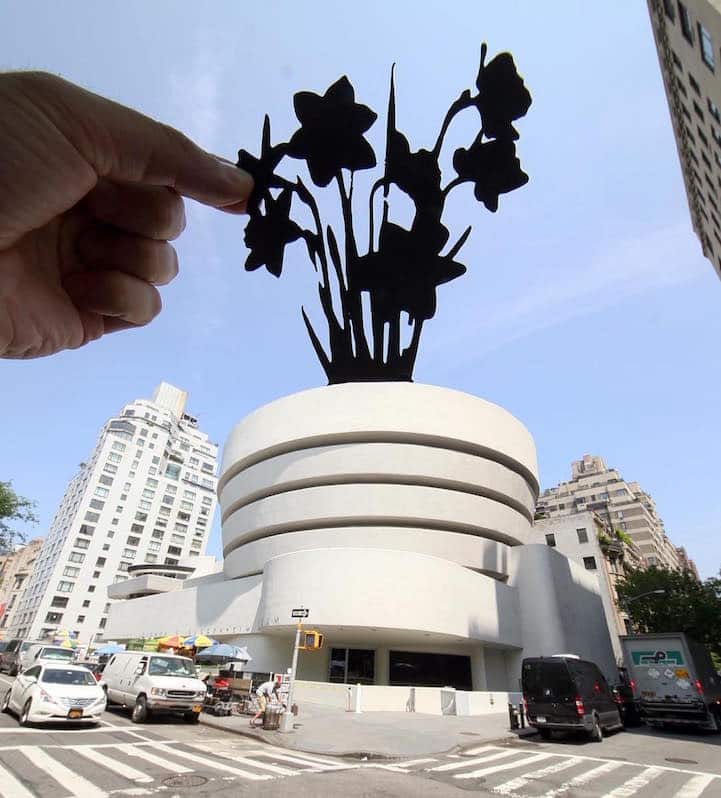 He turned the Guggenheim Museum in to a flower pot. 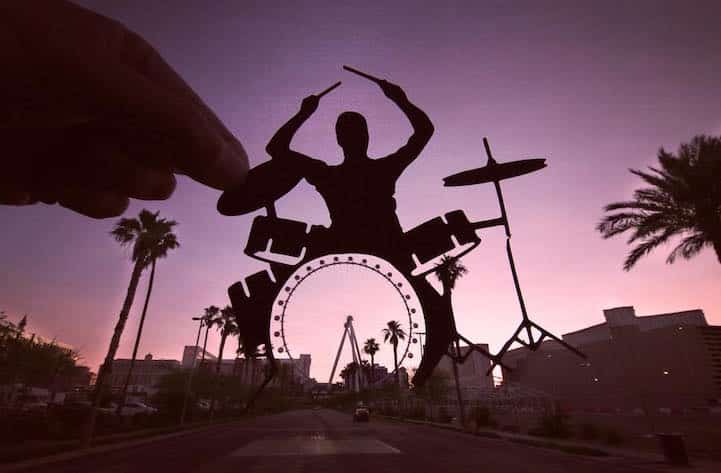 A drummer on the High Roller.

The famous Marilyn Monroe making her presence at the Neon Museum. 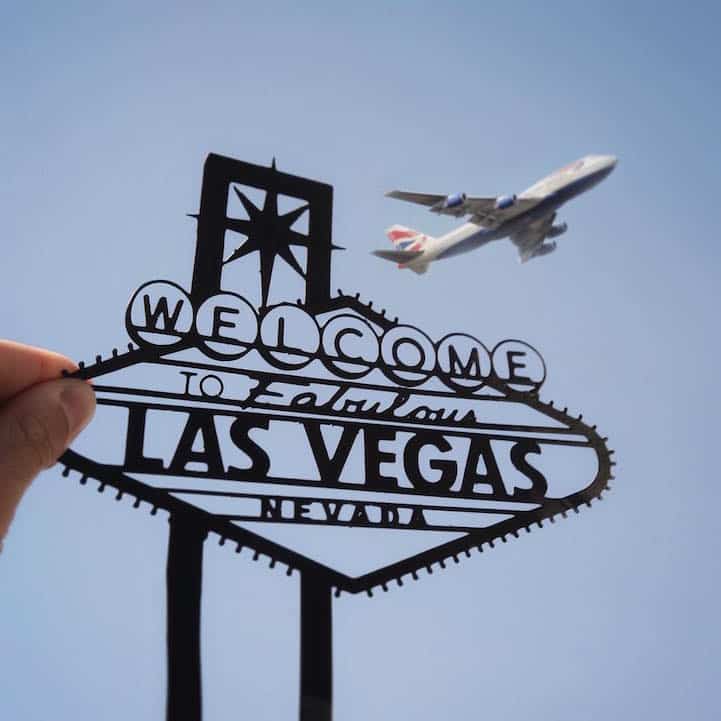 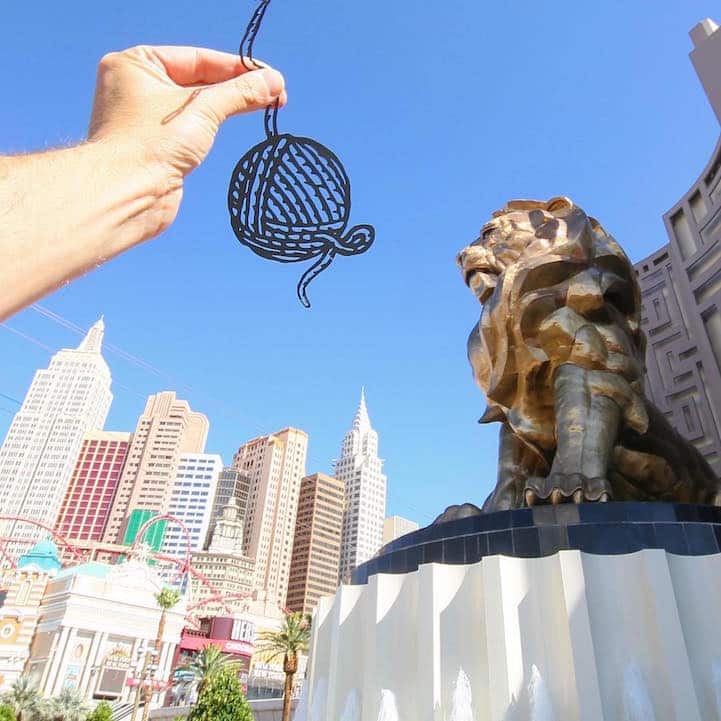 A ball of yarn for the MGM ‘kitty’. 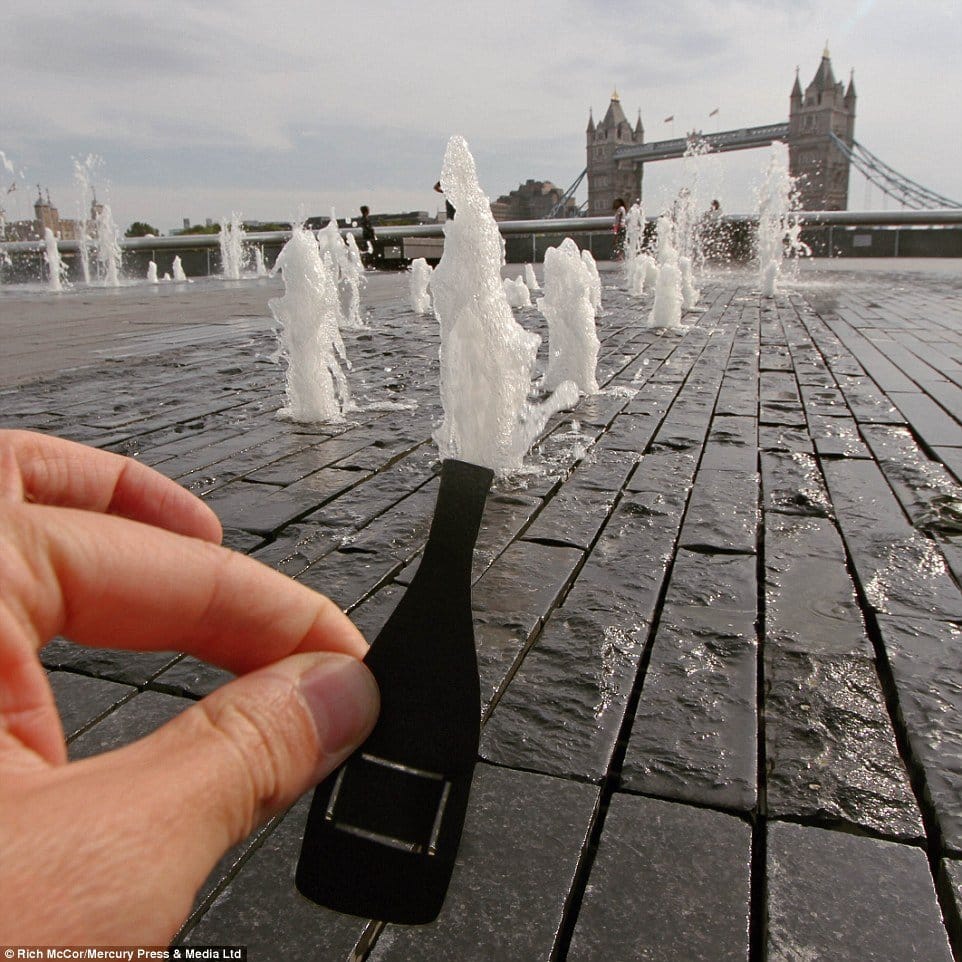 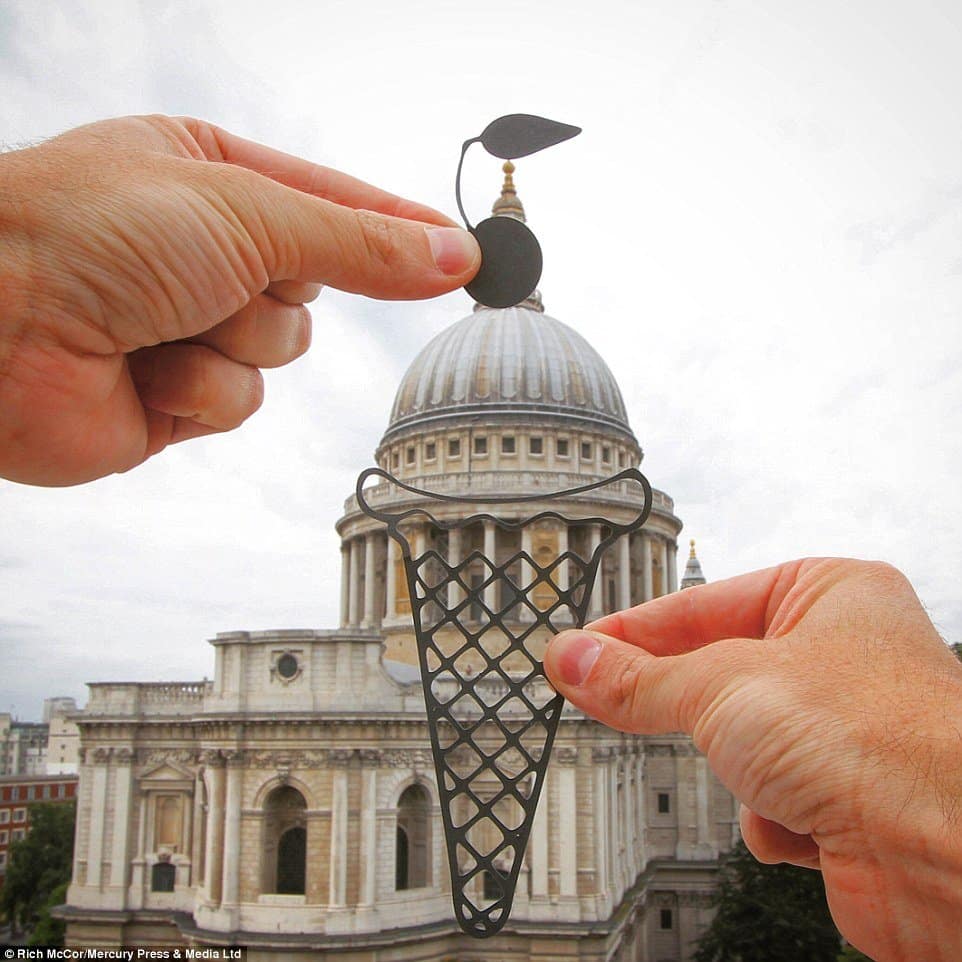 Cooling off at St. Paul’s Cathedral. 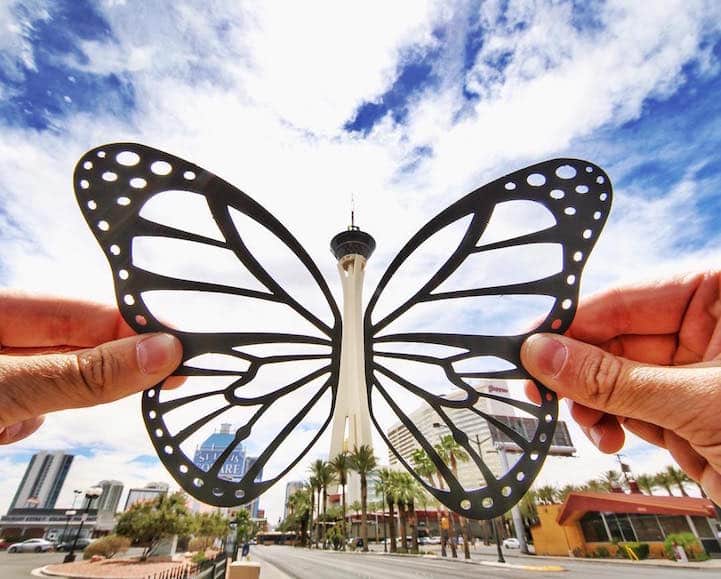 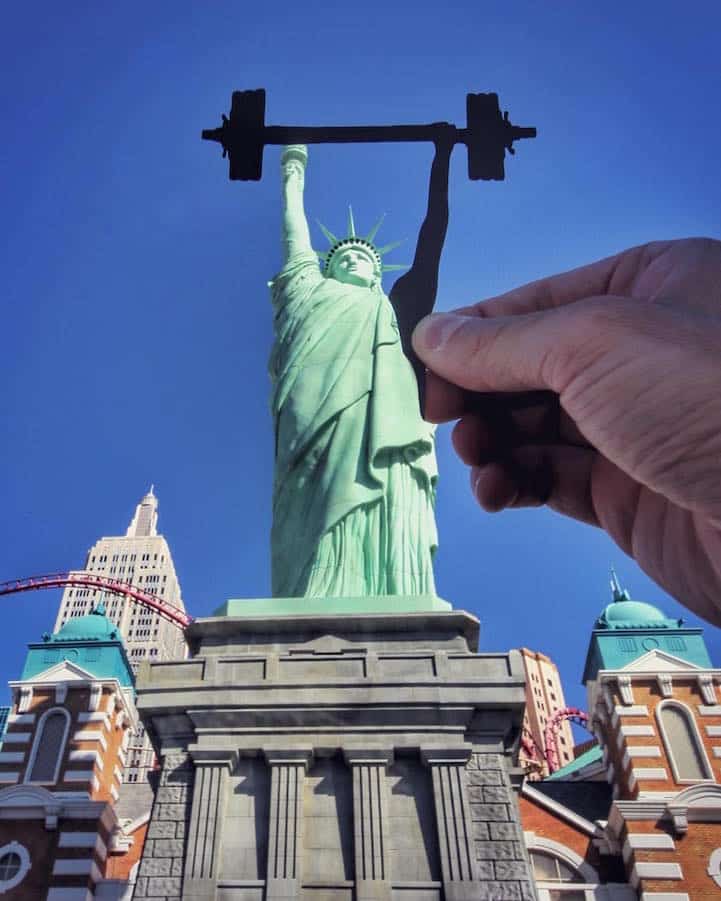 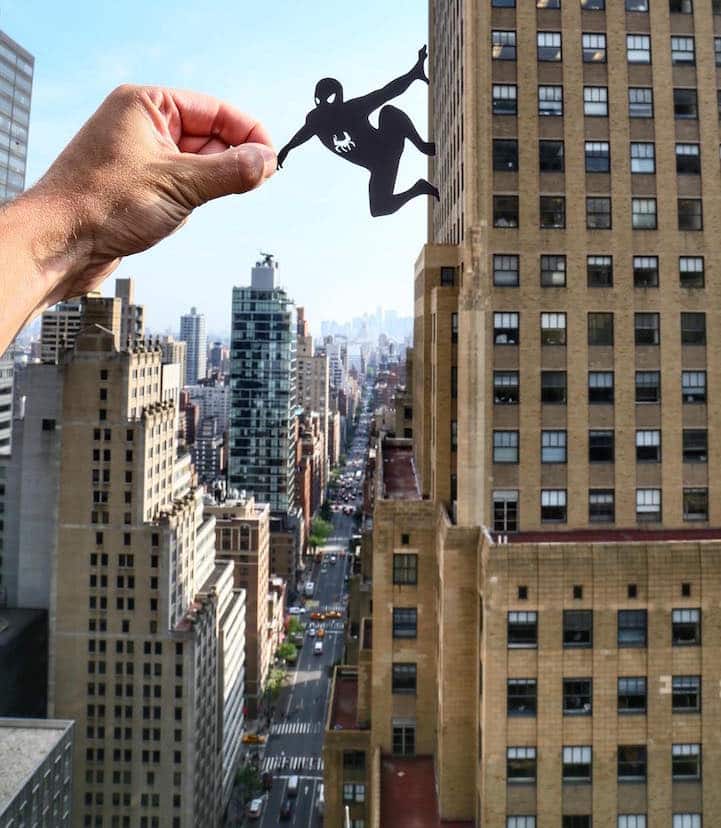 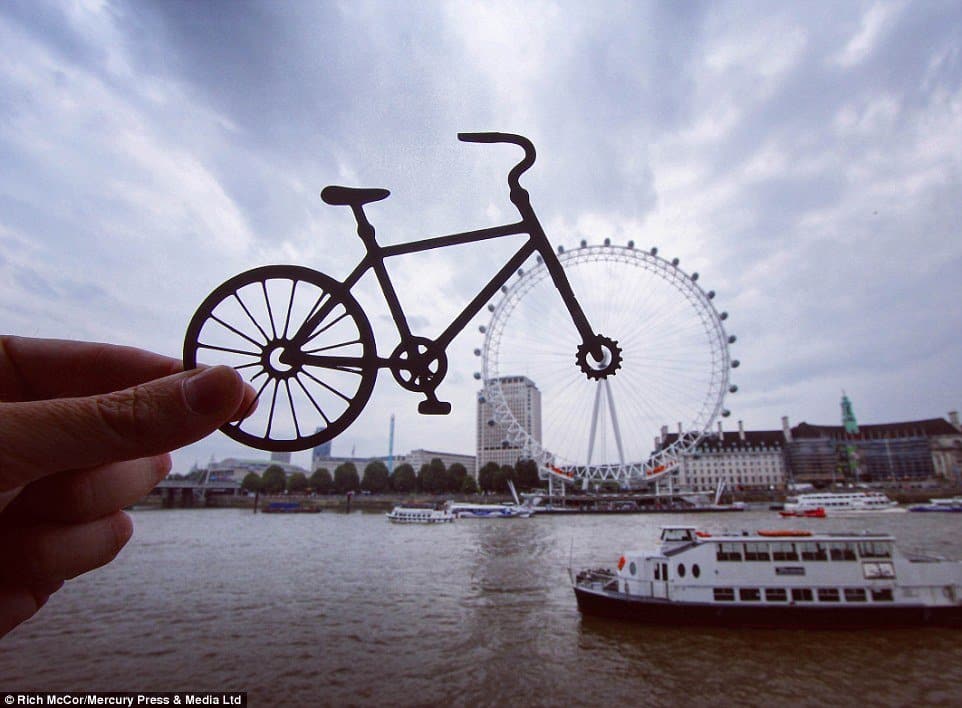 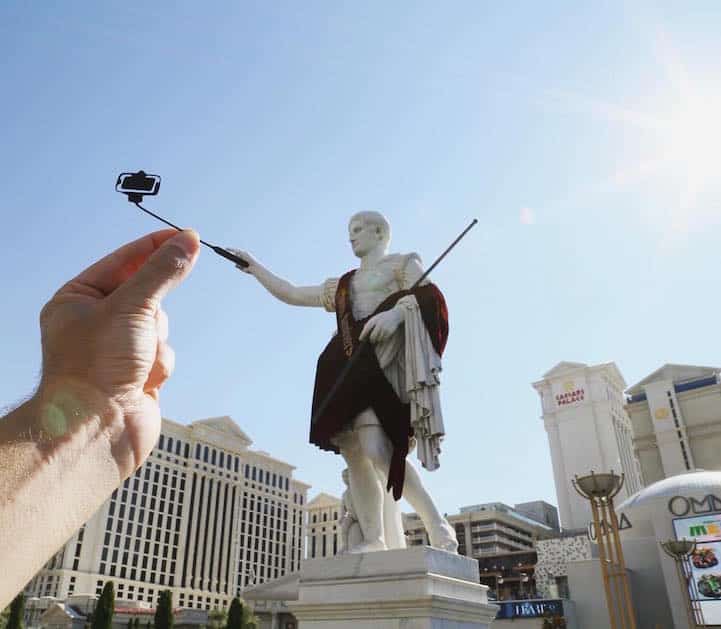 If Julius Caesar lived in the modern world. 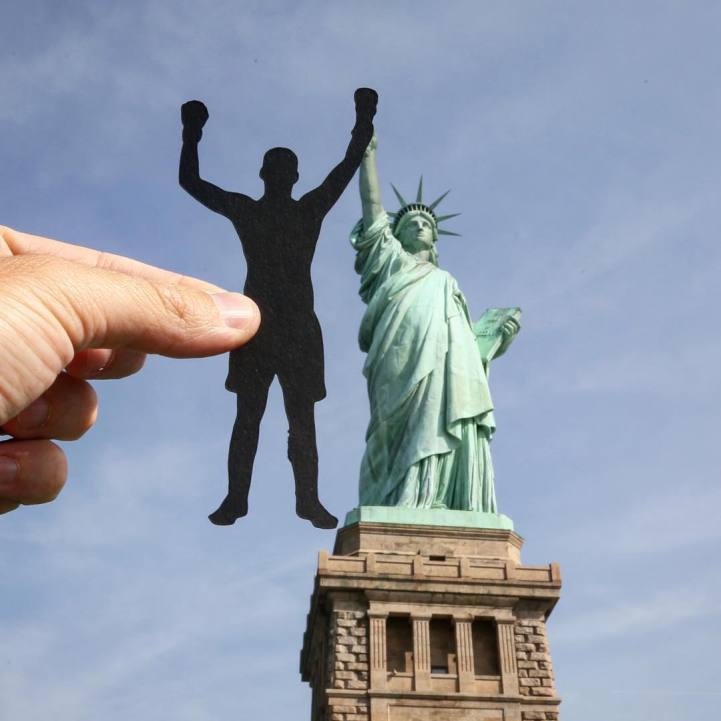