Two friends from Utah were exploring a frozen lake when they stumbled upon a mysterious object in the middle of it. Perfectly circular and almost 2 feet in diameter, the mysterious object is full of holes. It has a bluish center or what looked like a nucleus and a cream-gray color all over.

What’s even more baffling are the white things inside the holes. They are all uniform in size and shape, and has a slimy or gel-like appearance. The two friends who discovered the “thing” tried to touch it. One of them commented, “Slimy! Gross, gross It feels like a disease!”. And the other one said, “You don’t just see shit like this man, maybe it’s aliens. Maybe it’s alien eggs”

The mysterious circular thing found in the frozen lake 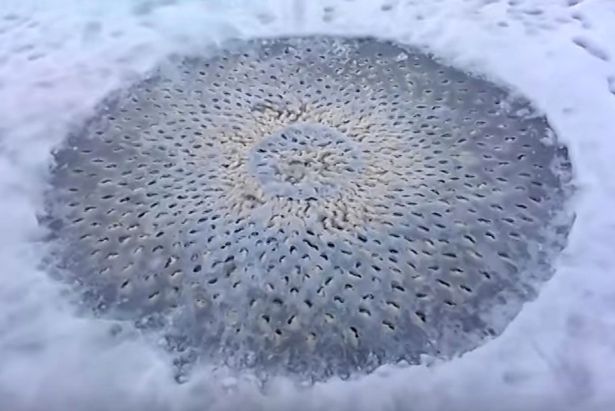 The friends try touching the white things inside, and all confirmed the slimy texture. 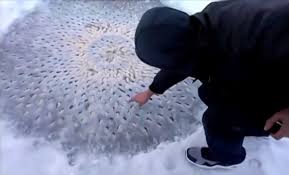 Would you dare touch it?

The perfectly and uniformly shaped white things inside. 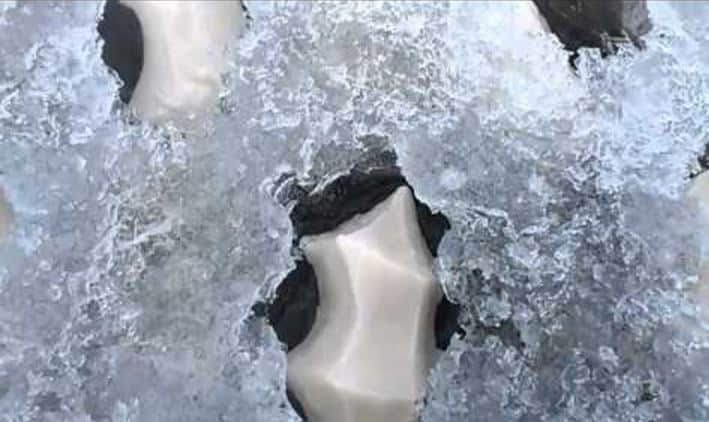 What if those 6 pointed thingamabob will form into a head, two arms, two legs and even a tail?

Watch the whole footage taken and uploaded by Jason Nilson, one of the guys in the video.

What do you think could those white things be? Could it really be an alien egg? Can scientists and people from the Science community tell us what are these? Humanity needs answers!!!