Robert Bobroczky, 15, from the city of Arad in Romania is turning 16 years old next month and will most likely still grow taller than his current height of seven feet and six inches. That said, it’s no wonder why athletic scouts from the US-based National Basketball Association (NBA) have reportedly been taking note of the developments in his basketball skills since he was around 13 years old.

In a November 2015 article in The Washington Post, Oliver Macklin had this to say about the tall teen: “Bobroczky plays for U-16 Stella Azzurra, a basketball academy in Rome, which produced Andrea Bargnani, the No. 1 pick in the 2006 NBA Draft. His giraffe-like frame makes it hard for him to run the floor, but once he gets position in the paint, watch out.”

Could he become an NBA superstar? 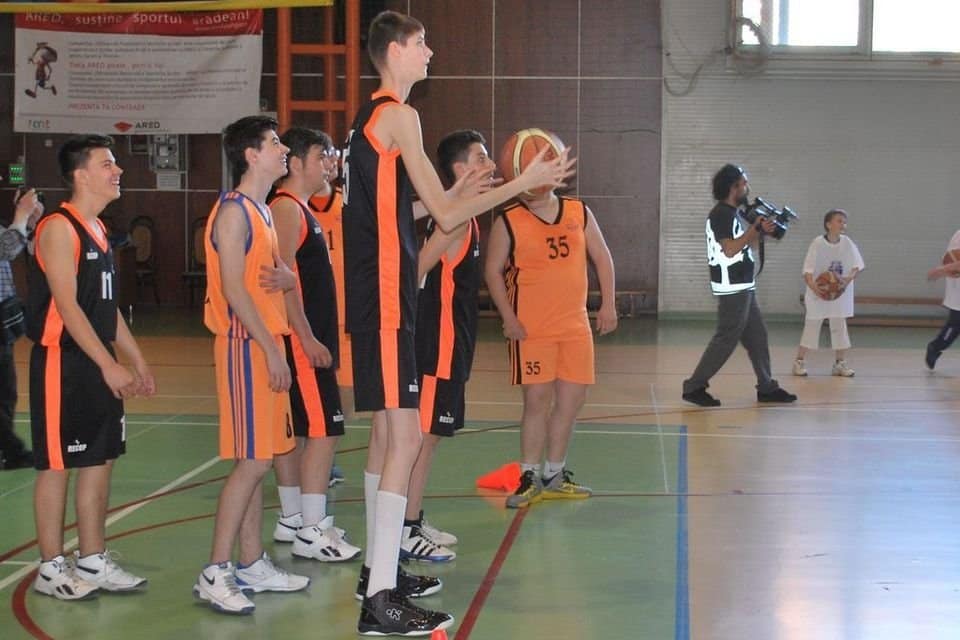 Bobroczky is currently tagged as “The Tallest Teen in Europe.” Apparently, the gene for great height runs in the teen’s family. His father, Zigmond, is seven feet and one inch tall and is also a former basketball player.

Ultimately, athletic scouts are hoping that Bobroczky would be the next Kristaps Porzingis — the New York Knicks forward who hails from Latvia. It may be recalled that Porzingis had also drawn the interest of scouts when he was in his early teens. He honed his skills before he was actually eligible for the NBA draft. Porzingis was 19 whe he was presented as one of the NBA’s draft picks.

He towers over most of his peers. 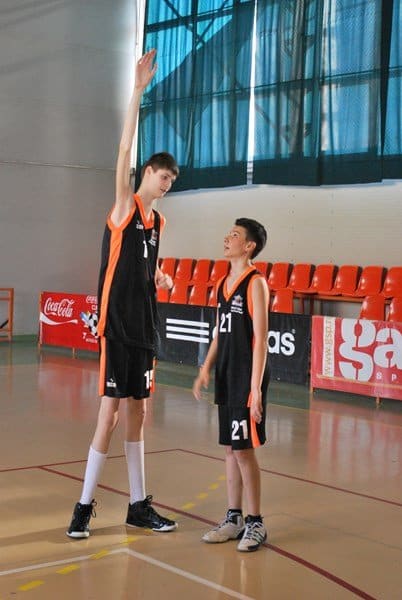 If Bobroczky stays focused and things go as planned, he may follow a career path similar to that of Porzingis.

Right now, Bobroczky’s physique is still developing. He shows great potential with his basketball skills, but there is much room for him to further hone them. In line with the aim to get into the NBA, he should focus on refining his baskteball moves, as well as working out to put more muscle on his lean frame.

Aside form his height, the young Robert Bobroczky’s got legit basketball skills.

Bobroczky already has a great advantage with his height. All he really has to do now is to make sure the rest of his body also works to enhance the said advantage.