Dolls are usually pretty little things, but there are those that will surely give you nightmares. There are dolls that are most definitely not cuddle-worthy.

We found 13 dolls — some of which are believed to be haunted or endowed with paranormal powers — whose appearances range from deceptively normal to downright horrifying. 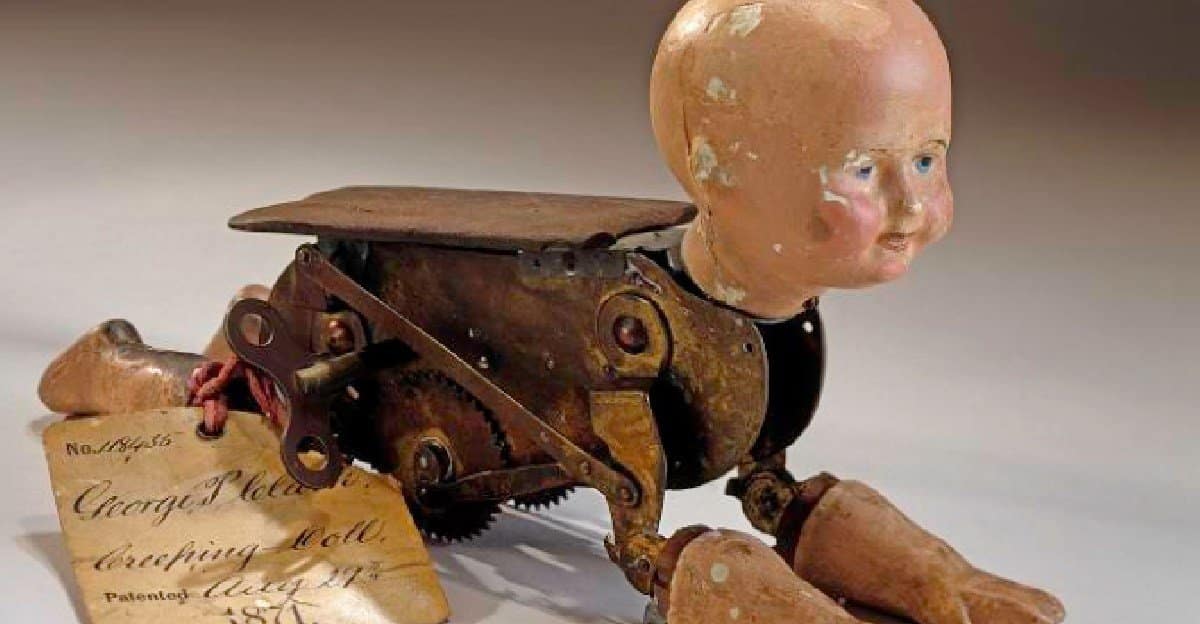 In 1871, George Pemberton Clarke received US patent No. 118,435 for his “Natural Creeping Baby Doll.” However, the doll clearly doesn’t look natural. According to The National Museum of American History, the doll’s head, two arms and two legs are made of painted plaster. Its limbs are then hinged to a brass clockwork body that mimics crawling moves. 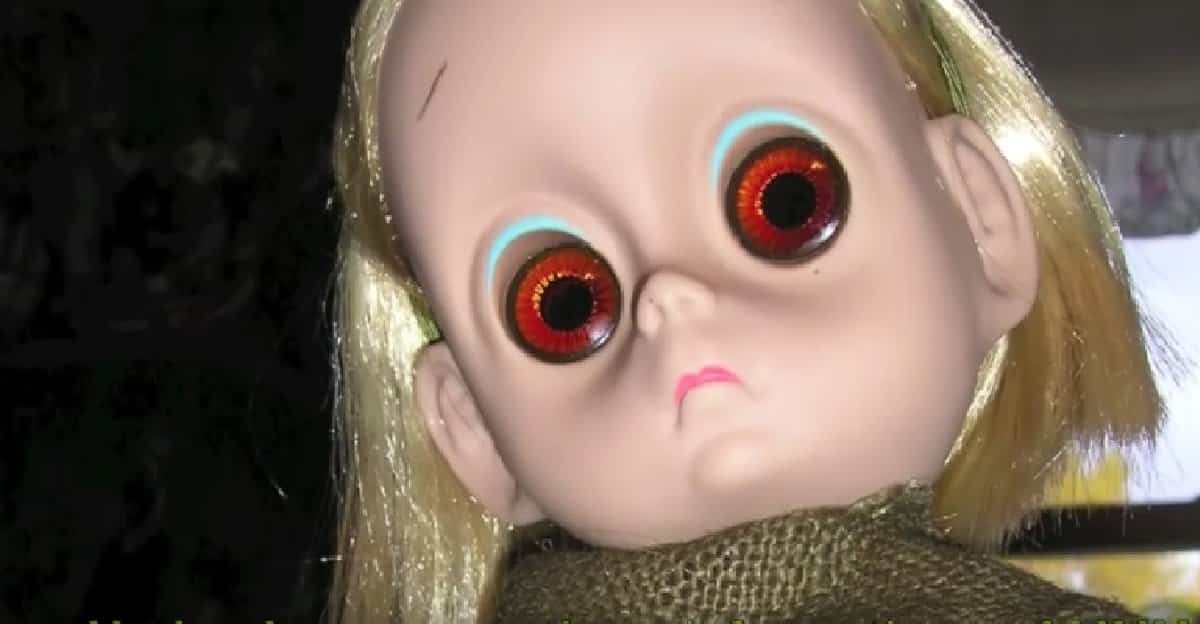 Hasbro manufactured this doll sometime in the 1960s. Dressed in a burlap sack, Little Miss No Name is meant to elicit sympathy. However, its very large eyes give it a rather eerie effect. It’s no surprise that the production of this particular doll was discontinued after only for one year. 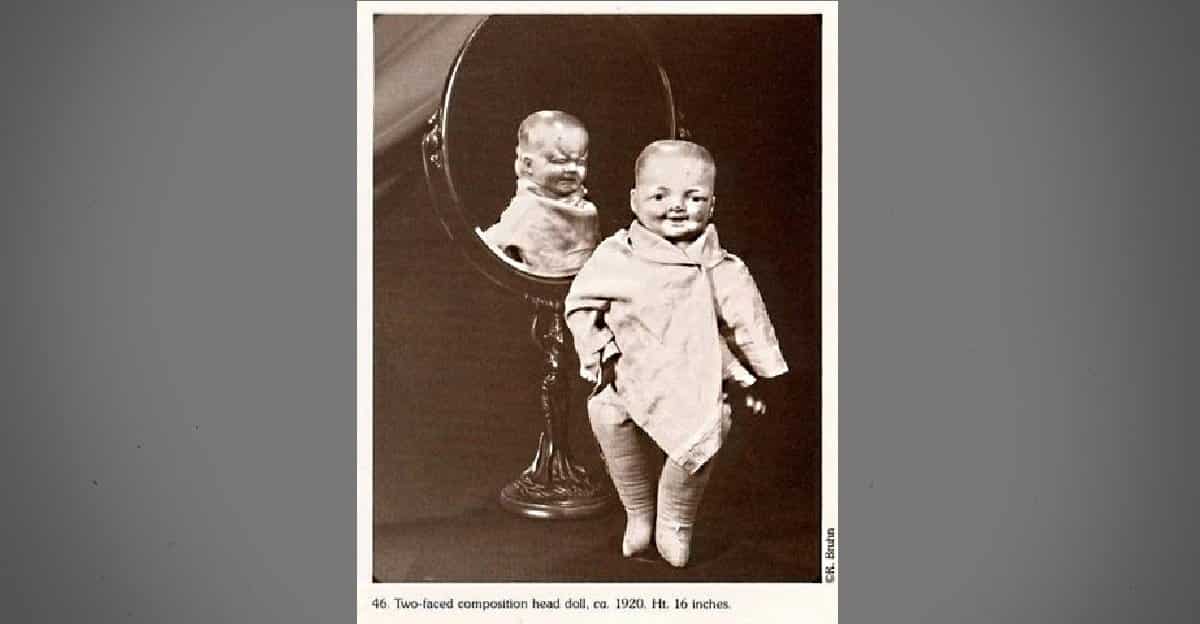 Apparently, they thought this Two-Face Doll was the coolest thing back in the 1920s. It was supposed to show the two sides of the baby doll — one happy and one sad. However, both faces just look very strange to us. 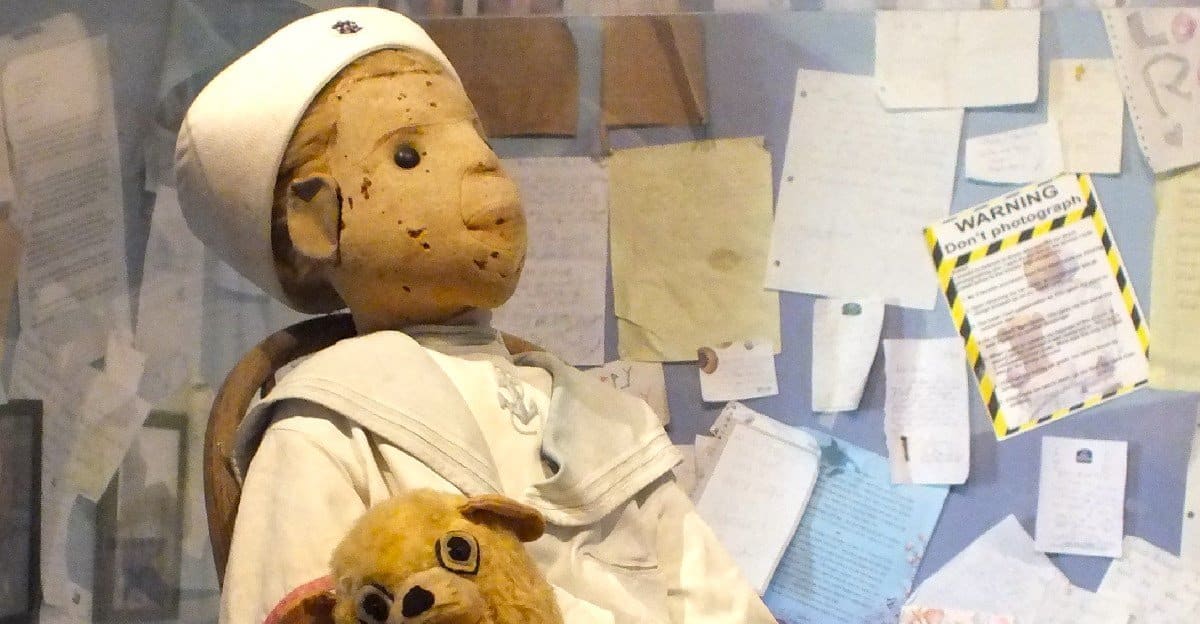 Robert the Doll is over 100 years old and is on display at the Martello Gallery-Key West Art and Historical Museum in Key West, Florida. As the story goes, in 1904, a servant who allegedly practiced black magic gave the doll to Key West painter and author Robert Eugene Otto, who was then just four years old. In fact, it was the boy who decided to name the doll after himself. Neighbors later claimed that they also saw the doll looking out of the Otto home’s windows when the family was out. Otto’s parents also revealed that whenever they called out their son for doing something wrong, he always said, “Robert did it!”

The Baby Laugh-a-Lot Doll — which was manufactured in 1965 by toy company Remco Industries Inc. — is essentially harmless and even looks kind of funny. Then again, when its batteries are nearly drained, its laugh takes on a demonic tone. 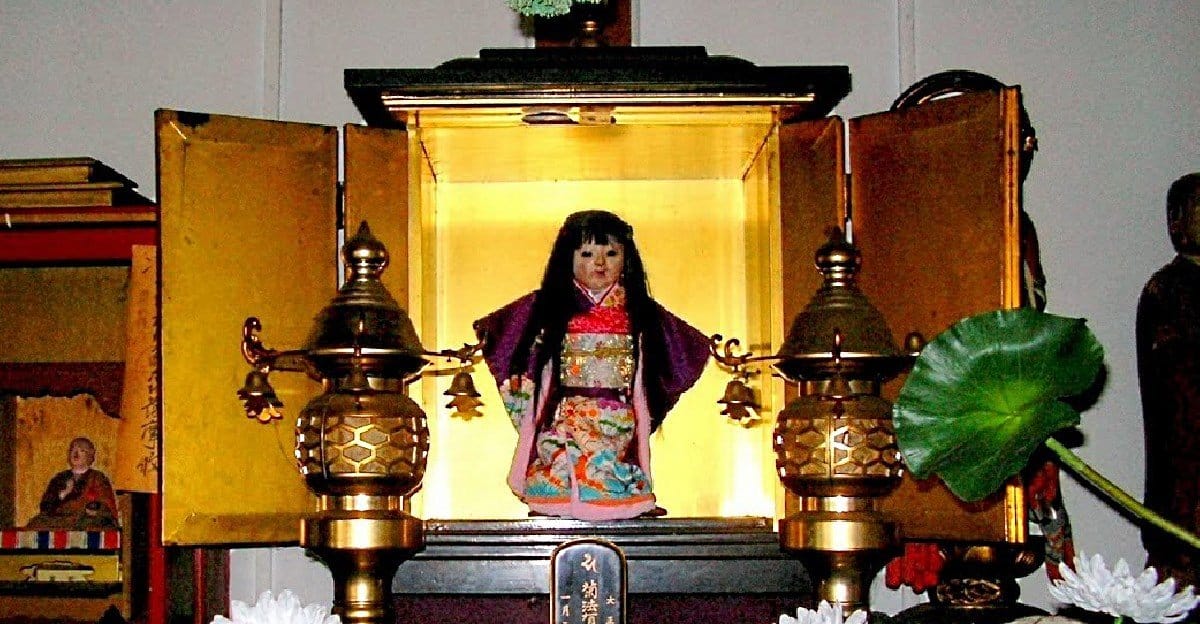 The Okiku Doll’s story began in 1918, when a 17-year-old boy named Eikichi Suzuki purchased a doll for his two-year-old sister, Okiku. The girl was so fascinated with the 16-inch doll — which had cropped hair and was clad in a traditional Japanese kimono — that she named it after herself. Sadly, about a year after she got the doll, the little girl got sick and passed away. Her family placed her beloved doll in a family altar. However, they got scared when they noticed that the doll’s hair appeared to be growing longer. The family reportedly trimmed the doll’s hair — but it was said to have grown back! Still, the family lived with the doll until 1938, when they decided to bring it to the Mannenji temple, in the town of Iwamizawa in Hokkaido, Japan. The doll has been there ever since. 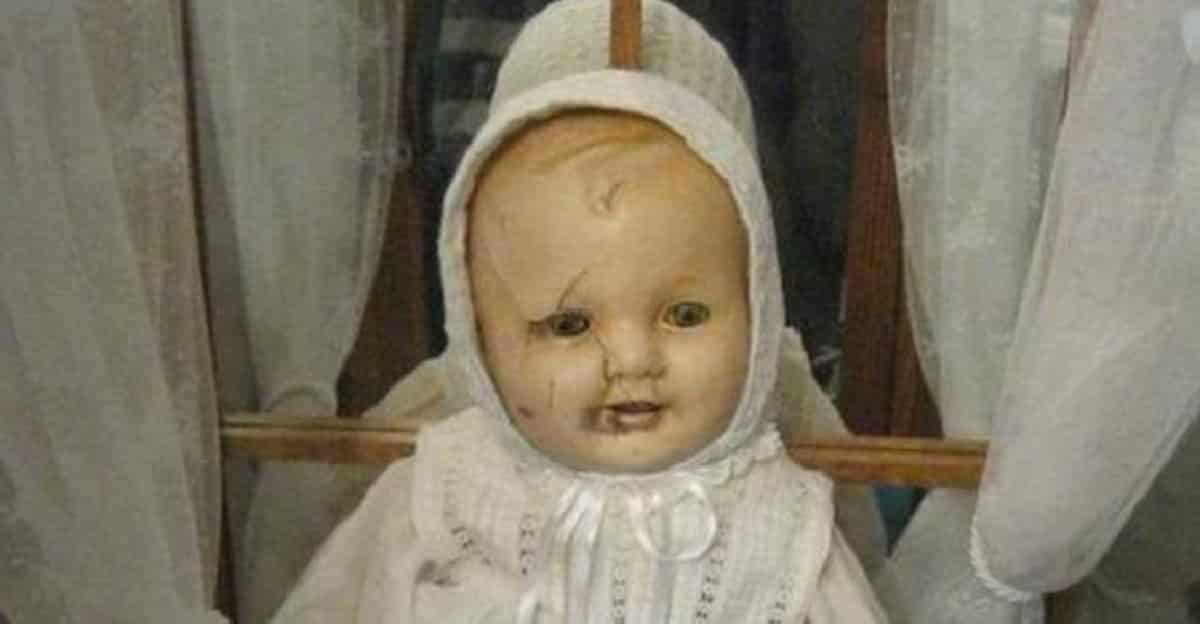 Call her a turn-of-the-century terror. In 1991, when Mandy the Doll was donated to the Quesnel & District Museum in Canada, she was already 91 years old. The donor claimed the doll had been making strange noises. 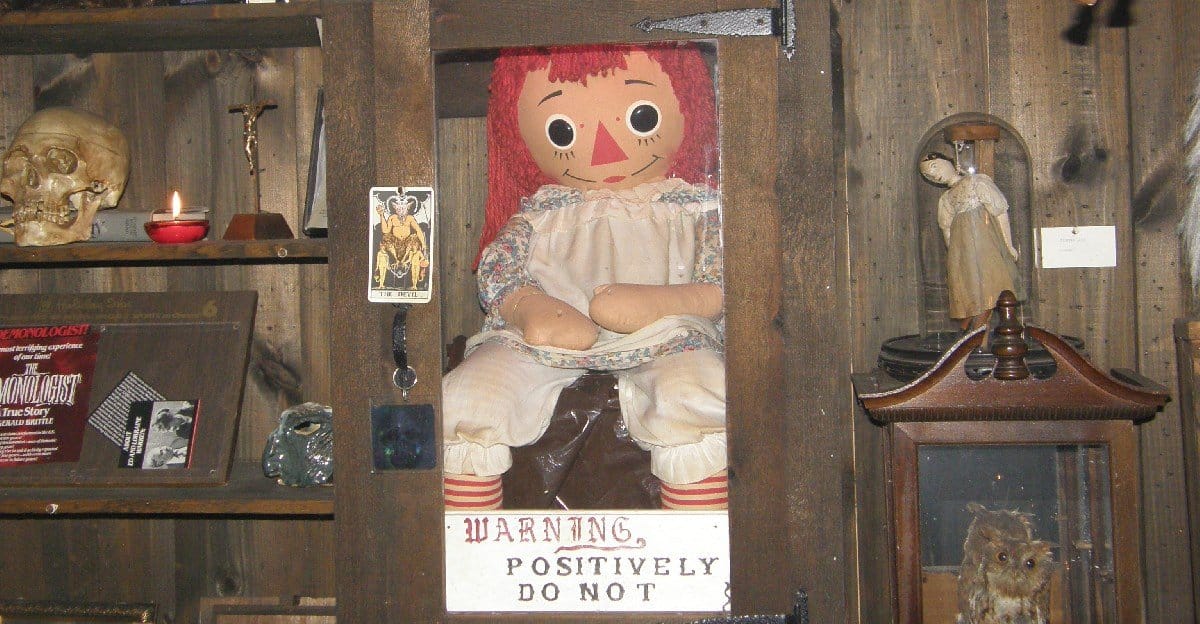 This haunted doll has become so famous that it’s been referenced in two movies — 2013’s The Conjuring and 2014’s Annabelle. As you can clearly see, the real Annabelle doll was actually an ordinary Raggedy Ann Doll. It’s not an antique porcelain doll. The doll, which was said to have been bought secondhand from a hobby store, was owned by two nursing students named Donna and Angie. The two ladies got freaked out because each time they came back to their apartment, the doll would be in a different position. Then, it even began to leave them messages written on parchment paper, which they didn’t have in the first place. They later turned over the doll to paranormal researchers Ed and Lorraine Warren. The doll is now at The Warren’s Occult Museum in Monroe, Connecticut. 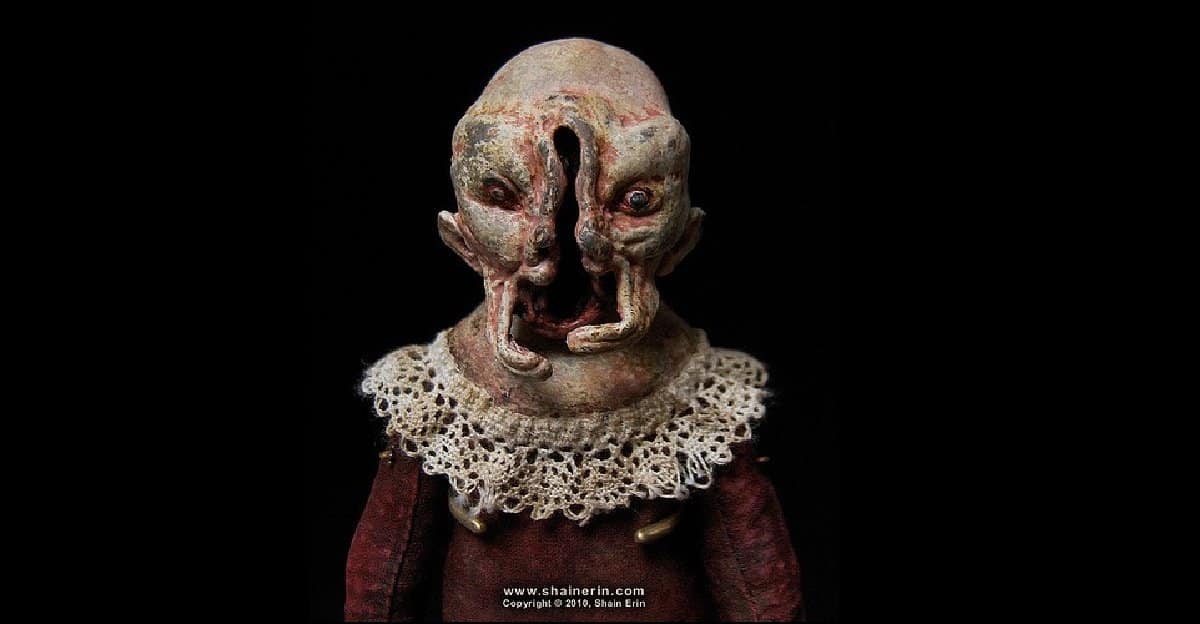 This doll was made by artist Shain Erin and it’s part of his Exquisite Monsters collection. While any of Erin’s art doll sculptures can easily qualify as the scariest, Sespia is particularly disturbing because it’s inspired by antique wax medical models and specimens representing genetic anomalies.

UK-based paranormal investigator Jayne Harris — who runs an organization called Haunted Dolls — reportedly got Peggy from a woman who said the doll was causing her nightmares. Later on, other people claimed to have suffered from chest pains and crippling headaches after seeing Peggy on video. 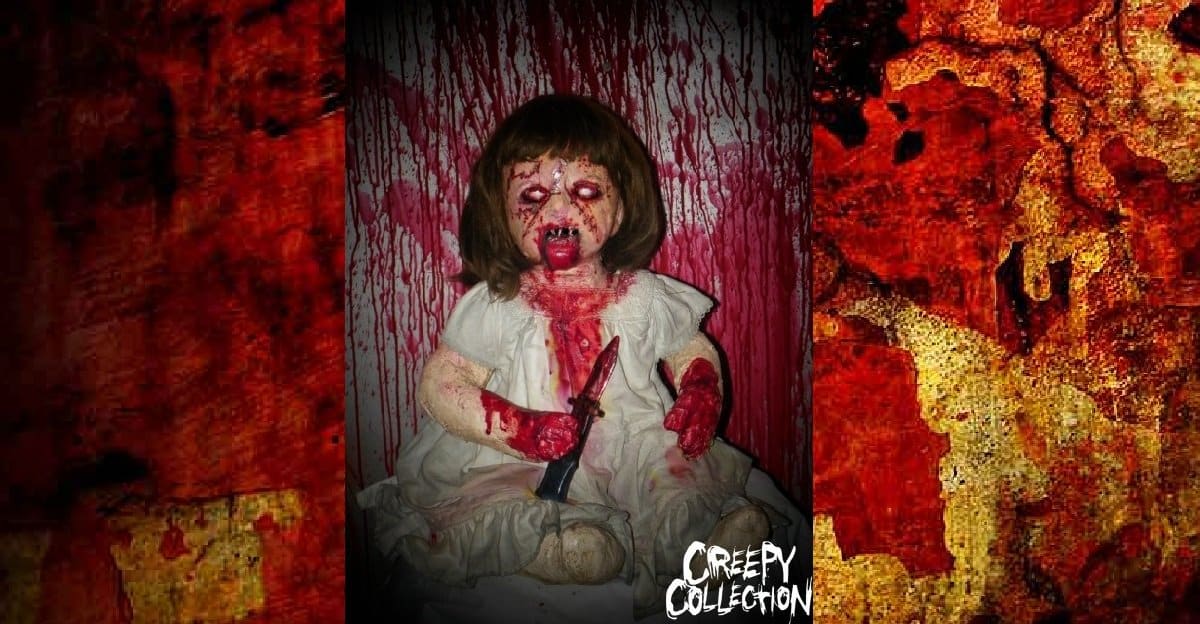 With an in-your-face name and a fake bloody knife in hand, this 20-inch creation from the Creepy Collection will no doubt cause a lot of screams. The Demonic Dolly is definitely not something you’d give to kids…or even adults. 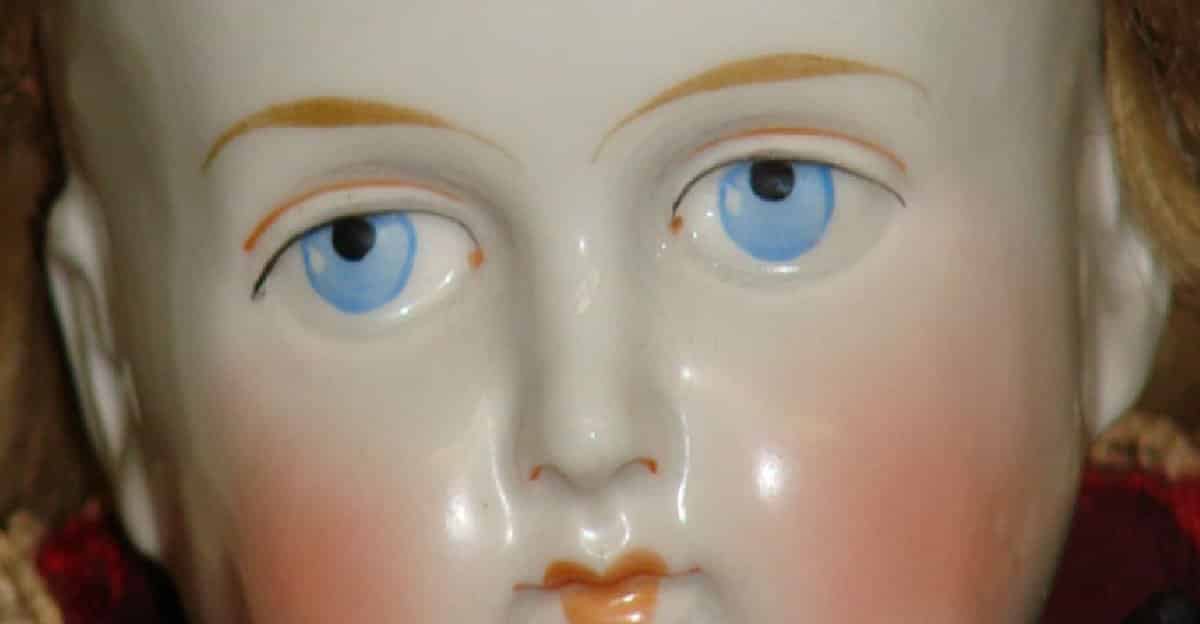 This porcelain doll was found at an antique shop in Salem, Massachusetts. It been owned by several people over the years. There’s a story going around that three of the doll’s previous owners had supposedly chosen it to be the vessel of their spirits. The three ghosts are believed to be battling for control over the doll. Caroline’s last owner died in 2006. Nobody knows where the doll is now. 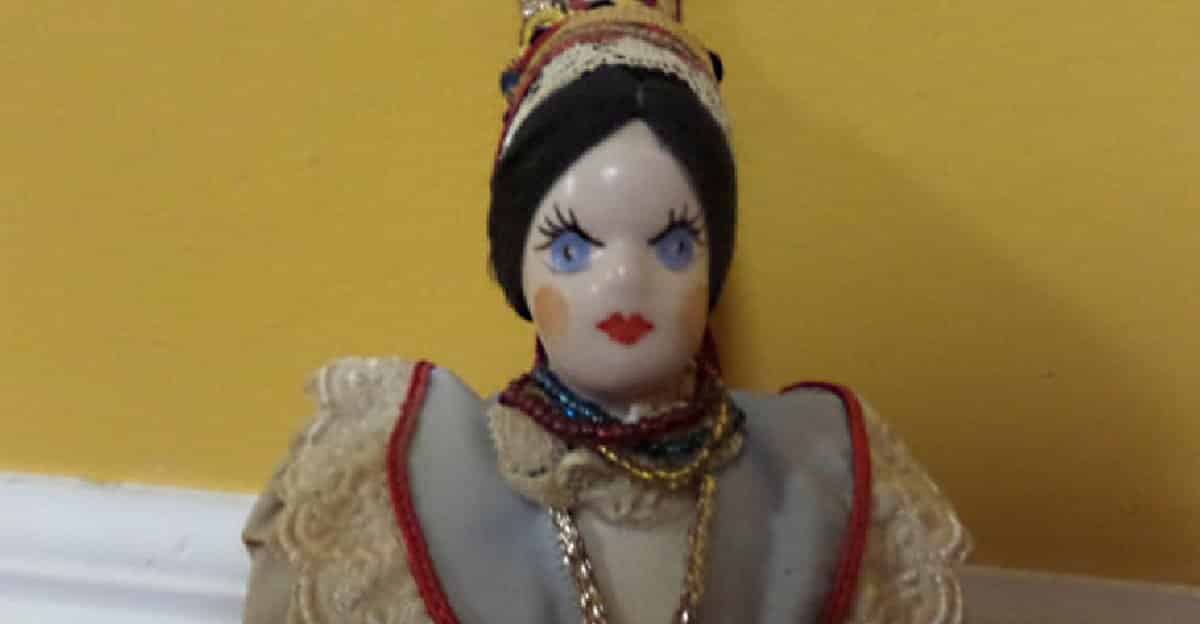 Nancy Oyola inherited over 300 dolls from her grandmother, who was a psychic. Most of the dolls are said to be haunted. Oyola, though, is selling the dolls. This 12-inch porcelain doll named Patty is among of her paranormal wares. It was used for performing black magic spells.