If you’re a frequent social media user, we’re sure you’ve already seen a lot of ’10 year challenge’ posts on social media. The trend recently went viral on Facebook, Instagram, and Twitter, prompting netizens to dig up their old photos and share it side by side with their newest snapshots.

It may seem nothing more than a fun viral photo challenge but according to some experts, doing it may actually put you at risk. How is that even possible, you ask? Read on and find out for yourself.

The ’10 year challenge’ may not be as harmless as you thought. 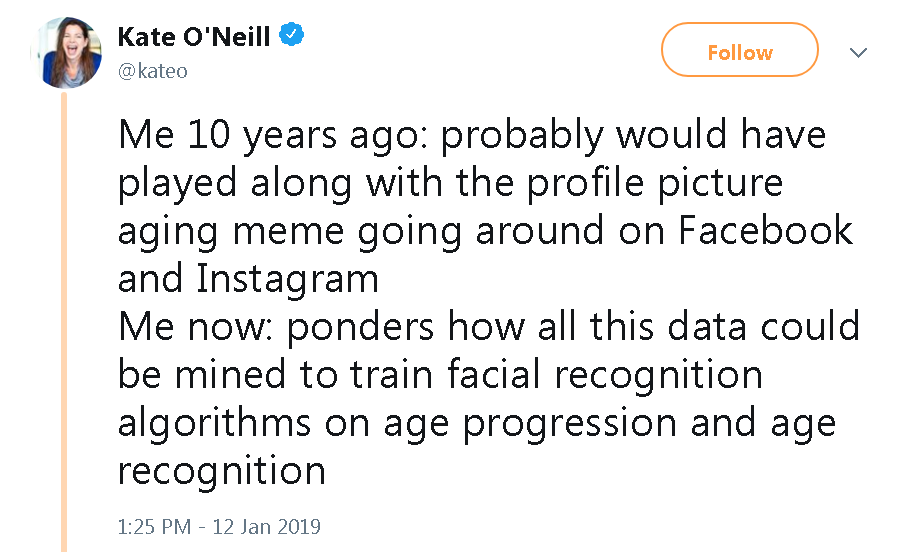 KO Insights founder and Tech Humanist founder Kate O’Neill posted a warning on her Twitter page saying the memes shared can be used to mine data and train facial recognition algorithms.

In a lengthy Wired article, she further elaborated her point saying:

“Imagine that you wanted to train a facial recognition algorithm on age-related characteristics and, more specifically, on age progression (e.g., how people are likely to look as they get older). Ideally, you’d want a broad and rigorous dataset with lots of people’s pictures. It would help if you knew they were taken a fixed number of years apart—say, 10 years.

“Sure, you could mine Facebook for profile pictures and look at posting dates or EXIF data. But that whole set of profile pictures could end up generating a lot of useless noise. People don’t reliably upload pictures in chronological order, and it’s not uncommon for users to post pictures of something other than themselves as a profile picture. A quick glance through my Facebook friends’ profile pictures shows a friend’s dog who just died, several cartoons, word images, abstract patterns, and more.

“In other words, it would help if you had a clean, simple, helpfully labeled set of then-and-now photos.”

Facebook, on the other hand, denied the allegations and said they didn’t initiate the challenge. 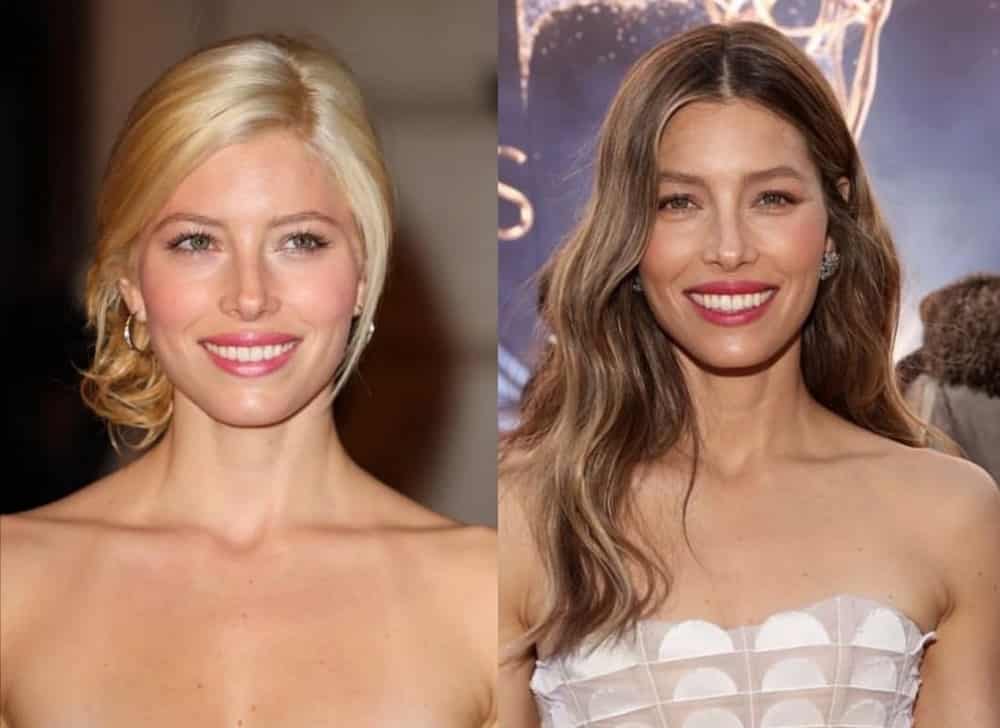 A representative from the social media giant stated:

“This is a user-generated meme that went viral on its own. Facebook did not start this trend, and the meme uses photos that already exist on Facebook. Facebook gains nothing from this meme (besides reminding us of the questionable fashion trends of 2009). As a reminder, Facebook users can choose to turn facial recognition on or off at any time.”

Well what do you think, folks? Is this #10YearChallenge trend risky or safe? Share your thoughts with us by leaving a comment below.